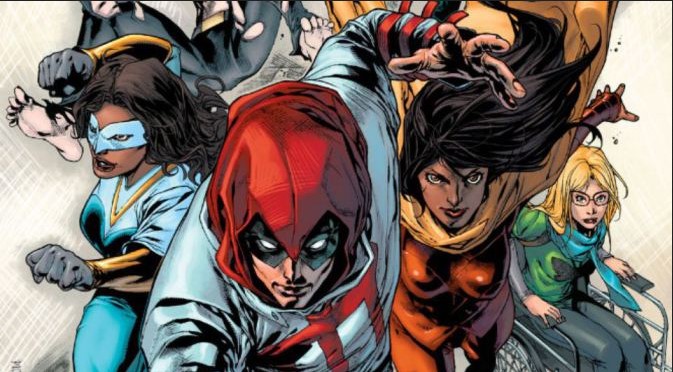 Sex and sexuality is one of the most ubiquitous topics in media. It’s used to titillate, intrigue, get people’s attention, and sell. Almost every movie needs a love interest, no matter how little sense it makes in the narrative.

But what about people who aren’t all that interested in sex? What if the male/female gaze does nothing for them? Well, it all looks kinda strange.

Asexuality is an orientation where someone has little to no interest in sex. It’s a wide spectrum, including homo/hetero/bi/pan romantic aces* (asexuals that are interested in relationships, but not really interested in sex), aromantic aces (asexuals not interested in sex or relationships), grey aces (asexuals who experience sexual attraction infrequently or not strongly enough for them to be sure that it is attraction), and are closely related to demisexuals (people who only feel sexual attraction when they have a close emotional bond with someone).  Since asexuality is defined by the absence of something, it’s pretty diverse, so one would think we would have a lot of asexual characters to match the spectrum’s diversity.

It’s not, and for a few reasons. One, acceptance of asexuality as an orientation is relatively recent and still disputed in the field of scientific research. Two, many people just don’t know that they exist, and if they have heard of it they think it can be cured. If you are one, be ready for a lot of people saying, “You just haven’t met the right guy or girl yet.” Three, asexuality is often associated with mental disorders. While it can be a symptom of one, many people are just born asexual, the same way they’re born heterosexual or homosexual. Four, there is very little representation in media, and it’s mostly written by non-asexuals, meaning that it’s very inaccurate to the experience of being an ace.

While there are famous aces in fiction, their asexuality is rarely depicted in any meaningful way. In The Essence of An Asexual Character, the writer points out while The Doctor and Sherlock Holmes are iconic characters, their asexuality is used to enhance their otherness. The Doctor is an alien, and Holmes is a workaholic. Sheldon and Amy from the Big Bang Theory fare a little better, but their relationship seems to fall under the Cure You Aces category of of storytelling. That seems to be changing now, as this article points out, but before that step in their relationship, it was treated as comic fodder. Amy and Sheldon progressing into a more sexual relationship can be interpreted as a maturing  of the characters. From the perspective of the other characters, Sheldon and Amy are becoming more “normal”. That said, it does depict the negotiations that aces and non-aces in relationships go through when it comes to sex.

In the comics world, asexuals are like unicorns. The DC wikia only names two asexual characters in their canon, Rorschach and Tremor. TV Tropes only names six ace comic characters. Let’s break them down. We have Devi, from a comic with the same name, a celestial warrior goddess with a non-ace split personality. There’s Max from Sam and Max Freelance Police, and Johnny the Homicidal Maniac. According to the wikia the former thinks that sex distracts from his love of violence and Johnny has urges, but repressed them because he thinks they’re distracting. There’s Daken, who, even though he has a reputation as a sociopathic bisexual is this, according to the writers. We have Tremor again, and I’ll get to her later because she is very important. Finally, there is the Joker, who is often depicted as uninterested in sex unless used as a sick joke. There are, of course, ambiguously asexual characters, but these are the only coded aces/confirmed that are generally accepted as such. And while it’s pretty diverse, it troubles me that the vast majority are sociopaths and murderers. In one study, the heterosexual people interviewed were found very likely to dehumanize aces,  considering them more animalistic and machine-like than heterosexuals and homosexuals.

Now, let’s talk about Tremor, aka Roshanna Chatterji, from Secret Six and  the ever awesome Gail Simone’s underrated comic The Movement.  She is the only character I can think of that is portrayed as a relatively normal person who happens to be asexual. She isn’t the oddball of the group or treated like she was weird for being ace, but her asexuality is still addressed. In an issue of The Movement, a major character, Mouse, has a crush on her. He tries and fails to flirt with her. When she realizes that he has a thing for her, she gently shuts him down, explaining that she isn’t into him because she just doesn’t feel any attraction to anybody. His crush was played for laughs, but not at her expense. The gags were more focused on how socially inept Mouse is, not her. Unlike Sheldon and Amy, we’re meant to sympathize with Roshanna for being the subject of unwanted attention.

It’s rare for an asexual to be down to earth (no pun intended) but she is. I don’t relate to Sheldon, Sherlock, or Spongebob. I can like them, admire them, root for them,  find them interesting, laugh with or at them, and enjoy every moment they’re on screen, but they aren’t relatable. They’re aren’t really meant to be. They’re odd, quirky characters played for laughs or in the case of Spongebob, the’re aces because the writer doesn’t feel the need to give them a love interest.  I can relate to Roshanna. She was born different and has always been aware of it. She’s made terrible mistakes and works to overcome them. Her arc isn’t about becoming more normal, it’s about redemption.

In The Essence of an Asexual Character, the writer talks about how asexual characters tend to lack self awareness. It’s other people that identify them as aces. In real life, it’s the opposite. They realize that they’re different and learn it pretty early. As teens they don’t get crushes or think in terms of that guy/girl is cute. It’s pretty isolating. While everyone is chasing the love interest of their choice, or talking about sex, the ace starts to wonder if there’s something wrong with them, especially if they don’t even know what an asexual is. This is why we need more characters like Roshanna. I love the Joker, Sheldon, and Sherlock Holmes, but if every ace is depicted as as a quirky weirdo or a depraved villain,  it sends a terrible message to people already feeling isolated. It says that you are a freak, an other. Because you aren’t interested in sex, there is something wrong with you, and if you aren’t some sort of monster, you are at least socially inept. That, of course, is not true. The vast majority of aces are well adjusted members of society. They’re so well adjusted, in fact, that they’re practically invisible. 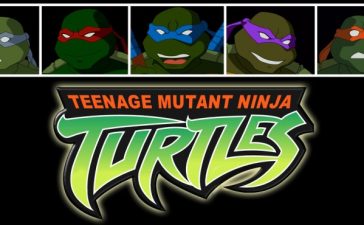