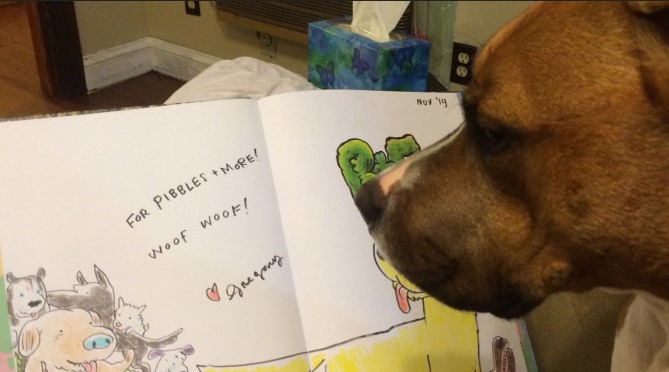 Nothing But Comics/Pibbles & More Charity Auction 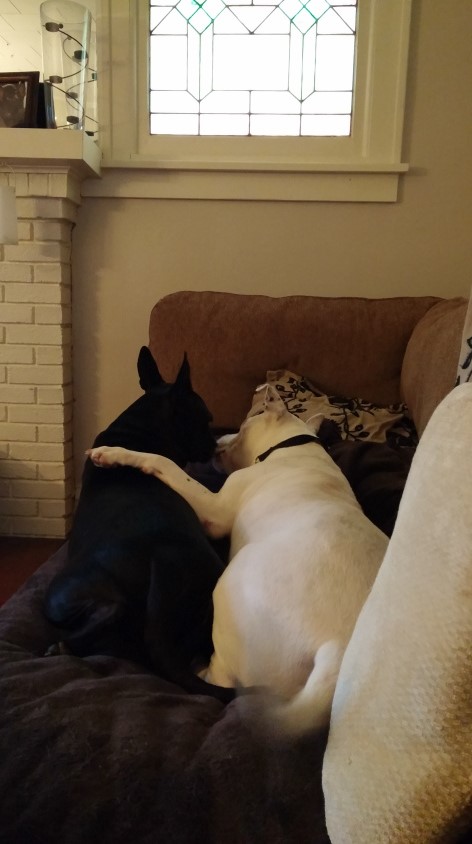 About one year ago I started following a page on facebook called Professor Pit-bull. I figured hey I own a pit-bull, this will be cute. But the reality was anything but that. Prof Pit-bull turned out to be a page used to promote pit breed dogs on the New York City Animal Control euthanasia list within their shelter systems. Literally everyday they would have at least two dogs go up that were to die within 24 hours and those were just the Pit-bull breeds. Dig a little bit further and you’ll see dogs and cats of every age and breed put to death for nothing more then having the unfortunate luck of having owners that either couldn’t or wouldn’t take care of them. People are able to pledge money on the thread alerting followers of the dog on the euthanasia list to any rescue that would save the dog. The hope was for there to be enough donations pledged so that a rescue could save the dog. Sometimes it works, sometimes it doesn’t. I’m a big softie for animals so I ended going in on these pledges pretty regularly much to the stress of my bank account. Around a year ago to this very day in fact I saw a dog name Monkey that broke my heart. I pledged $100, he got pulled and I didn’t even think much of it after that. But Monkey got pulled by Pibbles & More and that’s what made this instance different. Pibbles and More founder Salleena e-mailed me directly to thank me for my contribution. When I asked her how he was doing she sent me the picture below and informed me he was going into training. Most animal rescues don’t do this. 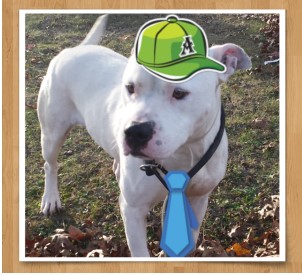 The death of animals by euthanasia right now is an epidemic. All over the United States innocent house pets are being killed simply because of neglect and ignorance. Monkey was a few hours from being killed. Now he is in that picture at the top of this story cuddling with his adopted sister. My current dog Ed could have been a victim of euthanasia as well but now he brings my family happiness everyday of our lives spent with him as well as almost everyone who meets him. It happens to hundreds of dogs and cats everyday where I live and work in New York City and Northern New Jersey and the scary thing is that it actually happens relatively less out here then in other parts of the  United States. There are places where a dog or cat going to a shelter is a death sentence. Very few things hurt my heart worse than that. So I’m trying to do something about it and I’m asking you, the person reading this right now to help as well. Listed below we have a series of signed material going up on our e-bay page with 100% of the profits going to Pibbles & More. Pibbles & More is a volunteer based 501c3 chairty rescue organization that pulls at risk animals from shelters in NY, NJ, PA, CT, NH, ME, VT, MA, MD and VT to find them loving homes. They take care of any medical conditions, get them training, spayed or neutered, fostered and eventually into a forever home so they can live out their days in happiness. I don’t know if this is going to work, being truthful I’m really scared that it won’t. But I have a platform and I want to use it for something that’s important for me. If one dog is saved from this then I can live with that but I don’t want just one dog; I want to save as many possible. So please if something catches your eye down there go bid. Bid vigorously because not only are you going to get one of a kind first printings singed by some of the greatest comics creators in the business, original art and original pages exclusive to this auction from a couple of comics best contemporary illustrators, but that money you use to purchase it will go directly to saving the life of an animal in need. Now let me show you what we have below with a little help from the NBC families own pets and a very special guest. All of this will be available for one week so don’t let it pass you by. It could be life or death for some animal out there.