Darwyn Cooke opens his love letter to DC Comics characters — the six-issue DC: The New Frontier — with Johnny Cloud writing, on a cave wall on Dinosaur Island, the story of his last mission with the WWII special forces group The Losers. This first chapter is a poignant story of ordinary men in an extraordinary world, men whose heroism is ultimately overshadowed by the work of superheroes.

But more significantly, it’s also the story of a man telling a story, unsure of whether anyone will ever read it, but taking the time to craft it because the story matters and it must be shared — it’s a powerful representation of the creative drive that all writers and artists experience. And Darwyn Cooke had that creative drive — his body of work in the comics medium is extraordinary, some of the best comics ever made.

When I learned that Cooke died last week from cancer, two things immediately came to memory: the only time that I ever met him, and that image of Johnny Cloud writing a tribute to his fallen friends on a cave wall; it’s a sad opening image from one of my favorite comics, and I’m not surprised the tragic news brought it to mind.

Thinking about that image inspired me to write this. My memory of meeting Darwyn is one that I treasure, one that I would like to share, so if you’ll indulge me, this is the story of how I met my favorite comics creator, Darwyn Cooke…

In 2014, Cooke was signing at the Kansas City Planet Comicon convention. I was eager to meet him. Cooke is one of my favorite artists; I’d followed his work ever since he and writer Ed Brubaker had worked together on the series Catwoman, and I have pretty much every comic that he ever worked on in my collection.

But New Frontier is my favorite. I waited eagerly for each issue to come out, and  I now own multiple copies of the story in different formats (Absolute edition, trade paperbacks, digital, etc.); it’s a rich story that I love and that I can’t go into in enough detail here, but it’s a comic that changed the way I look at comics and comics characters.

New Frontier is a comic that speaks to me; I’ve read it so many times, and I find myself remembering images and words from that comic at odd times. I kid you not, there are days when I’m feeling down and then I suddenly remember boxer Ted Grant, the former superhero Wildcat, standing tall after a hard fought victory in the ring, and I remember that I’m a champ, and I keep punching. 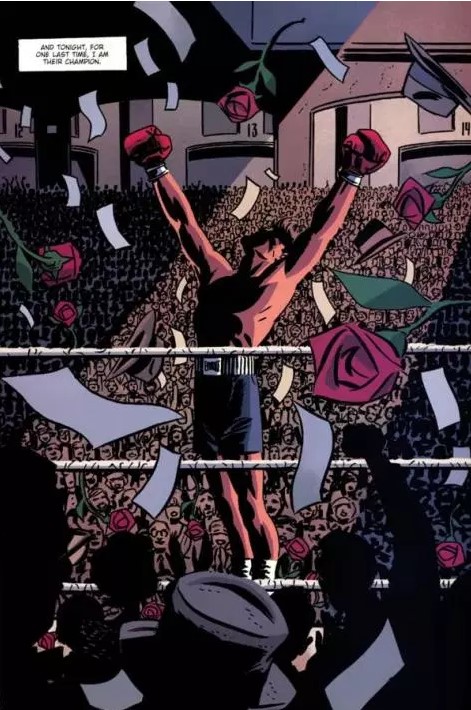 There are days when plans don’t work out, and I take comfort from Rick Flagg’s prescient words to Hal Jordan, the future Green Lantern, when he tells Jordan that he isn’t going into outer space: “This just wasn’t your ride, Hal. You’ll see that one day.” 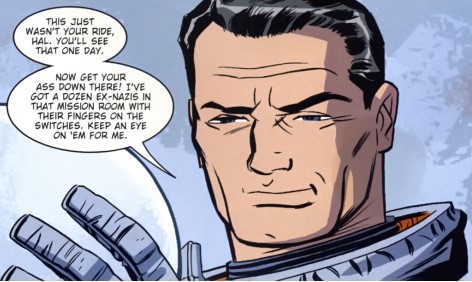 And when I’m feeling sad, I have my favorite image from New Frontier, Hal Jordan kissing his girlfriend, Carol Ferris, and I’m not so sad anymore.

So when I meet Darwyn at the convention, I of course have some issues of New Frontier that I ask him to sign, but I also have a hardcover copy of his comics adaptation of author Donald Westlake’s crime novel, The Hunter, starring the anti-hero thief Parker.

Darwyn was excited to see that I had a copy, and not only did he sign it for me, he even drew a sketch of Parker for me on the inside title page, returning the book to me with a big smile. 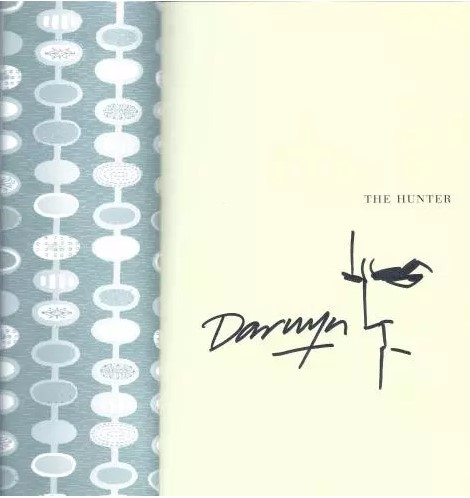 I regret that I didn’t say more and I am so sad that he is gone. But I’m grateful that I got the chance to meet him, and that I have a sketch that he drew for me. It will always be a cherished memory.