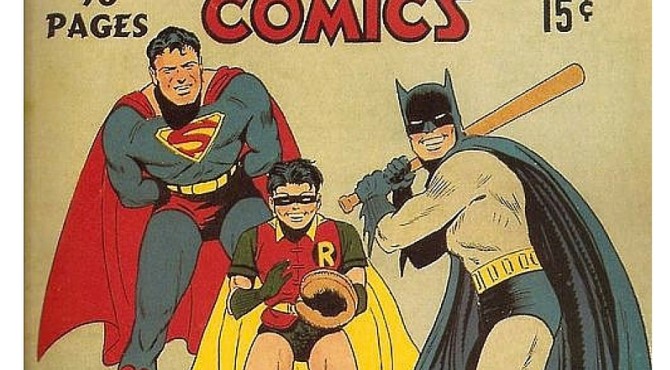 While reading some excellent issues of writer Scott Snyder and artist Greg Capullo’s Batman, I thought about how challenging it must be for a writer to create an engaging, unique story with a character that has been around for over 75 years. As a writing challenge, I decided to draft a short pitch for a Batman story, to see what I could create.

I challenged my colleagues at Nothing But Comics to do the same.

Here are the rules for the challenge: Create a pitch for the Batman story you want to write.  The pitch can’t be more than 100 words in length (although you can use fewer words, if you want). Your pitch should include a short tagline that captures what your pitch is about, but this tagline is not counted as part of your 100-word limit.

Below are the Batman pitches that we produced: 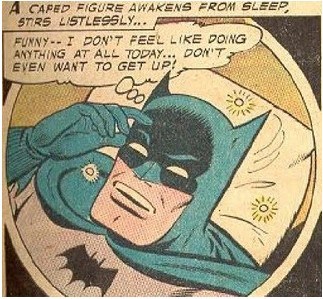 Tagline: “Batman is Diagnosed with Cancer”

The Pitch: As Batman, Bruce Wayne always expected to go down the same way as his parents: shot dead by some punk in a dark alley. He didn’t expect to be diagnosed with leukemia, and he must confront his own mortality in a way he never expected. Because he’s Batman, he chooses to keep the cancer a secret, making preparations on his own for when the time comes. Naturally, the Bat Family still finds out, and, as Batman prepares to pass on the cowl to Dick once more and start treatment, the Joker returns to town for one last dance.

Josh pitches an epic confrontation between Batman and a former ally…

Tagline: “A man from Batman’s past returns to Gotham City and a mentor who has effectively ended crime in Gotham single-handed, but at what cost?”

The Pitch: Red arrives in Gotham.

Visits each of the former Bat-Rogues and sees the brutal punishment that Batman gave them.

Red gains resolve in his mission to kill Batman.

Final showdown, Red shoots Batman several times since he gave up the bulletproof armor due to weight restrictions.

As he lays wounded, Batman apologizes to Jason for everything that happened.

He replies that he forgave him years ago, and gives the killshot.

He returns to the man who ordered the hit, the current Ra’s Al Ghul, Damien Wayne.  Damien promises to restore honor to his father’s legacy.

The Pitch:  When an alien spacecraft crashes in Gotham, Batman discovers the murdered bodies of extraterrestrial children inside; he acquires a Sinestro Corps ring and heads into space to find the killer. Batman travels across the DC Universe; his Earth-based detective skills are put to the test as he struggles to solve mysteries involving alien motives and strange technology on such planets as Rann, Thanagar, and Dhor, all while being pursued by the Sinestro Corps.

Batman discovers an intergalactic criminal organization so secret that few know it exists, and that its Kryptonian leader has targeted Earth. 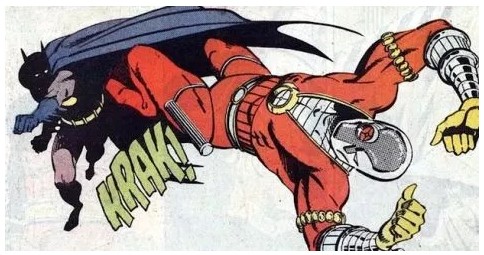 Tagline: “A Death in the Family: Year Two”

The Pitch: This will be set directly after “A Death In The Family.” It’d be one-shot issues of Batman getting into crazy fights; in abandoned buildings like labyrinths, across the city with biker gangs, with Deadshot in a closed-in alley, etc. It’s action and genre-oriented, allowing the artist to experiment with visual storytelling in a grounded setting. Occasionally, an issue will be from the perspective of a criminal unknowingly being hunted by the Joker. Those issues will be written and drawn like a horror comic and end with the issue’s protagonist’s death.

Can Batman prevent the world’s greatest detectives from discovering that he is Bruce Wayne? And when the group’s investigations uncover a threat to Gotham that even Batman didn’t know about, the hero and the detectives must work together to save the city. 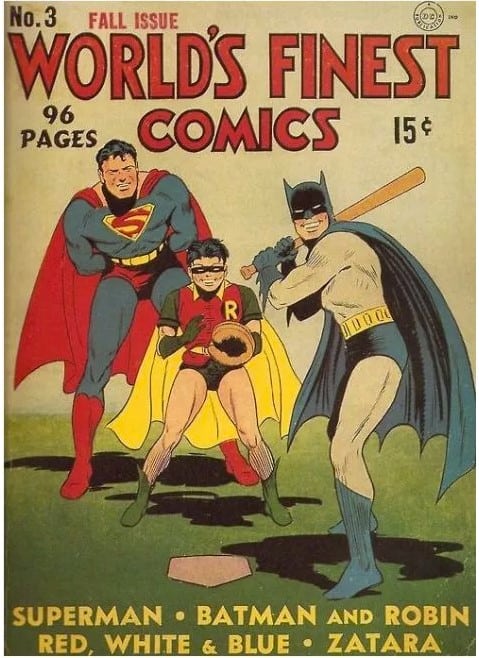 That’s what we came up with… but what is your 100-word Batman pitch?  Please let us know in the comments!