During the so-called “Golden Age of Comics” in the 1940s, comic book superheroes offered kids membership in fan clubs that provided a moral compass and a sense of mission on the World War II home front.  For just a dime, kids could join a fan club that offered exclusive membership cards and secret codes.  But how secure were these secret codes?  How easy would it have been for a supervillain or a Nazi spy to crack the secret code of a superhero? 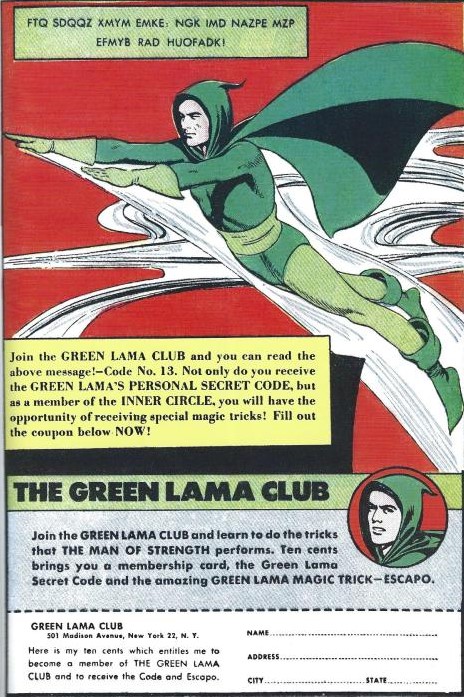 Reading a facsimile of the comic Green Lama #4 (April 1945) and noticing an advertisement for the fan club of superhero character the Green Lama, I was curious about the code featured in the advertisement.  What information was encoded in the message?  Joining the defunct club was not an option, and an Internet search for the Green Lama’s cipher produced no answers.  If I wanted to know what the code revealed to club members, I would have to crack it. 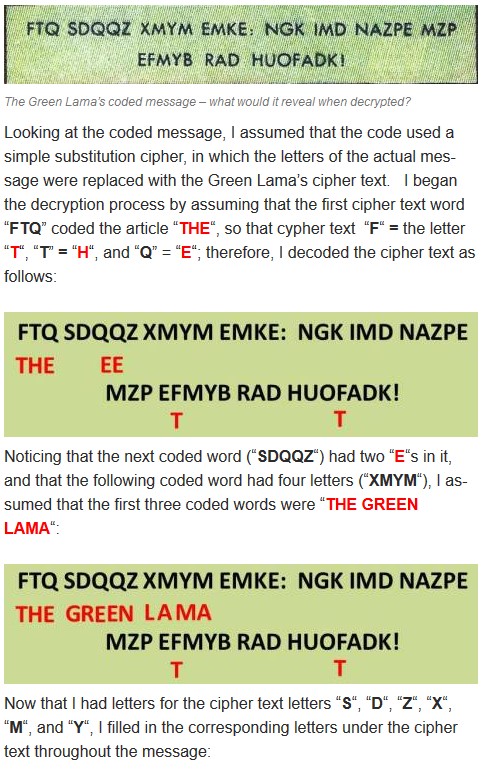 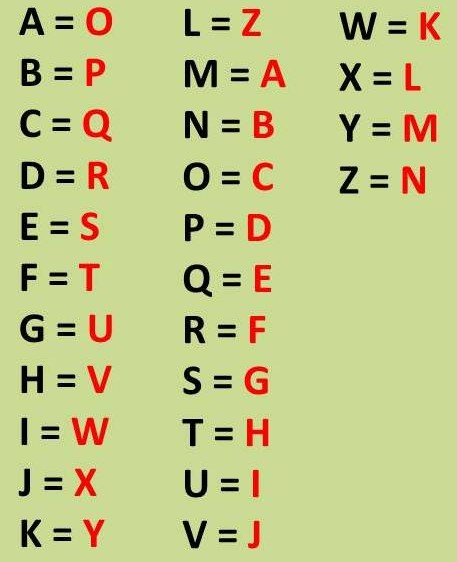 The Green Lama Club actually reveals the cipher key in its advertisement, telling readers that it is “Code No. 13”, which is clearly a direction to knowledgeable club members that they should shift the cipher to the thirteenth letter of the alphabet – the letter “M”.

With no cipher key, it took me less than thirty minutes to crack the Green Lama’s secret code. Admittedly, it was fortunate that the code used the superhero’s name, which made it easier and faster to decode the message. However, my method could have decrypted even more complex messages given sufficient time, as a Caesar cipher is not a sophisticated code.

A clever supervillain or enemy spy would have had no difficulty decrypting the Green Lama’s secret code. However, although such villains might have easily decoded the text of the message, they would have likely missed its true meaning, which is this – everyone can make a difference, even the kid who reads comic books and buys war bonds to help the fight against evil regimes.

If you would like to test your cryptography skills, here’s a coded message for you (feel free to leave a coded response in the comments):