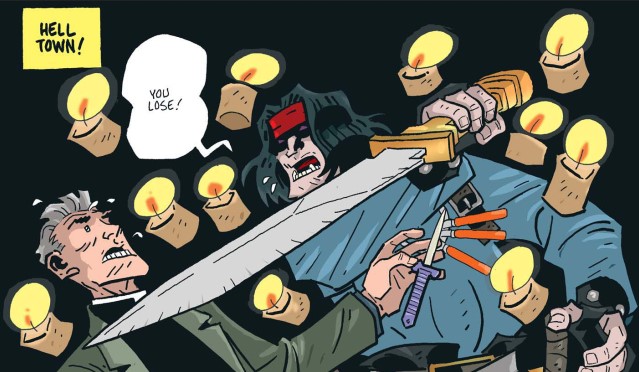 At Nothing But Comics, we love the comics of Paul Grist. The creator’s works are some of our favorite comics – the crime comic Kane, his engaging British superhero book Jack Staff, and the fun young superhero adventure Mudman.  Some of us were inspired to discover the larger world of British comics – including The Phoenix, 2000 AD, and Judge Dredd Megazine – because of his work.

So when we heard that Grist had a new character, Demon Nic, appearing in next week’s Judge Dredd Megazine #361, we recruited superhero the Red Bee to ask Grist about the character.

@ClockpunkEllis He’s a demon with a soul. But it’s not a very good one.