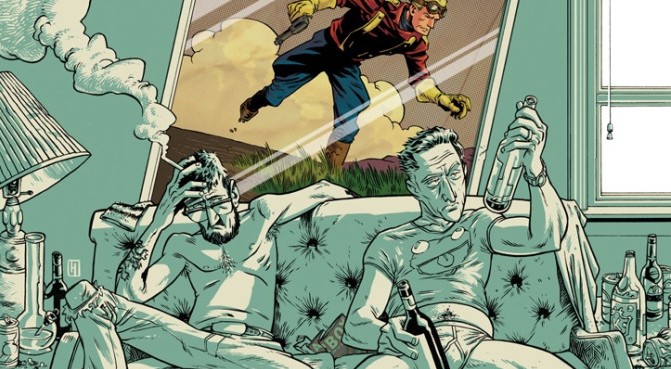 The Red Bee Tweets with James Robinson about Airboy

At Nothing But Comics, we enjoyed reading the first issue of Airboy from Image Comics, by writer James Robinson and artist Greg Hinkle.  Airboy is an kid aviation hero character created during World War II, but the character endures.  The public domain character was revived in the 1980s by Eclipse Comics, and his adventures have been published by IDW, Moonstone Books, and Antarctic Press. Notable writers have created homages to the character, like George R. R. Martin’s Jetboy and Alan Moore’s Jetland. So we tasked superhero the Red Bee with asking Robinson an important question about Airboy’s endurance as a character.

@JamesDRobinson The Red Bee has thoughtful questions for you about #Airboy pic.twitter.com/4ZFwufS2nQ

@ClockpunkEllis That’s one of the questions I’ll be asking in the series. Stay tuned.