When this issue begins, Rick and the gang have taken refuge at Hilltop and are finding some time to recharge after Negan’s assault on Alexandria.  It is in this brief lull that Rick remembers just what they are fighting for.  There is a beautiful moment where Rick looks around the camp and says that there is no way Negan will ever be able to win.  He can’t take what humanity has away.  Negan, of course, begs to differ.
Overall, this issue served as a nice breather between battles.  (Though that is not to say that there wasn’t plenty of action.  A third to one-half of the issue was devoted to the all out war.)  This is one of the few times Rick is optimistic about their situation–something which makes me wonder just how much longer he will be around.  I think it is getting to be about the time Rick bites it (no pun intended) and seeing the solicitations coming up, boasting an new direction, we may see just that. 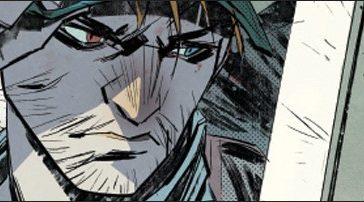 Suspense, Isolation, and Heart: An Advanced Review of Sons of the Devil #1