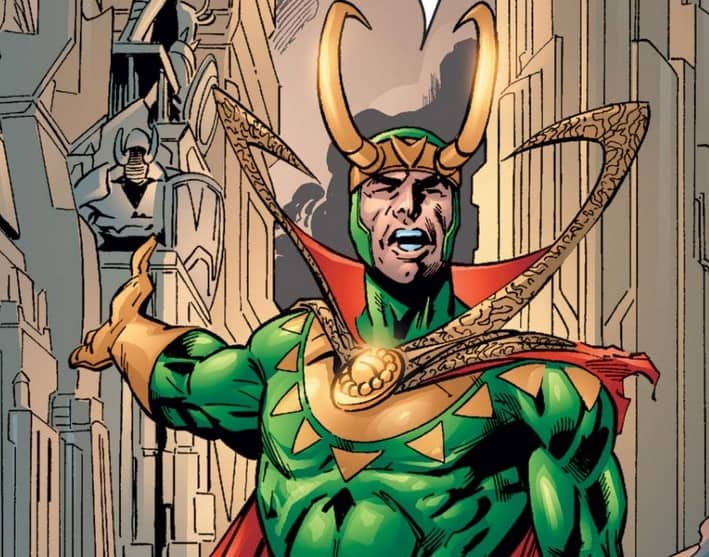 Overview: With the third issue of Loki: Agent of Asgard we are treated to a journey into the past, where our boy Loki laughs in the face of the butterfly effect and starts messing with history.  As always, he’s pulling strings and manipulating others for the sole benefit of himself.  What makes this issue really special though, is that it’s where we get a genuine sense of the talent that is the Al Ewing/Lee Garbett/Nolan Woodard creative team, and an example of how awesome this series can be.

Story: Wow, I was really impressed with this issue. The first two worked well to set up the world of Loki’s new position as a spy for the All-Mother, but this issue took things to another level.  After last issue’s finale where old evil Loki returned, we are ushered with him to the past, where we meet young Odin as a prince.  Loki makes fast friends with his future father, and joins him on his journey through the Asgard of yore.  Without going into too much detail, Loki uses his silver tongue and strategic mind to gain the trust and a favor out of the future All-Father, and also manages to satisfy his ulterior missions along the way.

Al Ewing does a wonderful job of providing both the narration of the story–depicted beautifully by Clayton Cowles on scroll-shaped caption boxes–and dialogue full of brevity for the returned evil Loki.  He did a fine job the first couple of issues with-reformed Loki, but he really shines here with evil Loki manipulating his way through every person or obstacle he encounters.  From getting Odin on his side and indebted to him, to convincing a family to forgo the revenge they rightfully desire; Loki operates like a conductor, with a complete and firm grasp on the orchestra he is in charge, delivering an entrancing song.  Ewing shows the same aplomb as his character through his plotting.   In essence this issue is four stories in one.  Loki using Odin to get his way, manipulating the Innkeeper’s sons and Andvari the dwarf, using Sigurd’s hubris to attain something of value, and lastly securing said item for his future self. This could all become incredibly convoluted in lesser hands, but Ewing transitions adeptly from one phase to the next delving deeper into Asgardian lore along the way.

Transitioning from the main thread we are then regaled with some insight into the family operating the Inn of Hriedmar, and their plight after Loki and Odin depart. Next we get a short jaunt with Sigurd The Glorious, whom I don’t think we’ve seen the last of either.  The beauty is, that new and old readers alike will enjoy this story just the same, no previous knowledge outside this title is required, but possessing it just improves the experience.

Art: Lee Garbett and Nolan Woodard do a fantastic job visualizing this complex tale for us, from layouts and action, to facial expressions and character designs, the mood and tone of the art is a perfect match for the story being told. Garbett’s style fits the medieval-like setting of Asgard very well, and he does a fine job with informative layouts; providing the necessary details in a collage style that tells the story and is compositionally pleasing.  It feels as though we’re witnessing a story occur instead of reading about it, with each page flowing into to the next, and the panels designed so that navigation is intuitive. The colors by Woodard work to compliment everything Garbett has drawn up.  No matter the setting, Loki appears cast in shadows more so than the other characters, which I thought was a nice touch that added visual subtext.

Conclusion: I enjoyed this book very much, it raised this title up from a comic that I was enjoying, to a story I’m very excited for the future of.  The creative team seems to have settled in, and is now ready to take us all on an epic journey with our favorite God of Mischief.  I hope future issues continue to play with continuity and deal with the more fantastical realms outside of Midgard, because I think the creative team has a knack for this style of story, and I want them to continue to spread their wings.  If the first two issue of this title left you on the fence, then I think you shouldn’t hesitate to jump right into this.  I think it could be the start of something special in the All New! Marvel universe.  So what did you guys think of this issue? Let me know in the comments. 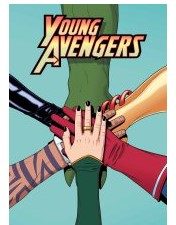 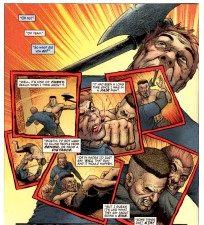