Overview: In this stand alone issue we follow our old friend Mr. Bunn/Pauly Bruckner, as he journeys through the land of broken stories.  He’s returned to his human form, but the world he’s navigating is far from humane.  It’s a very dark place inhabited by lost souls, and Pauly starts to realize that he had it pretty good over in Willow Bank.

Art: This issue, series artist Peter Gross is joined by Al Davison, and the results are pretty great.  One of the things that always confuses me with this book, is who does what art wise. The credits just list names, or sometimes it states Peter Gross layouts, guest artist finishes. I don’t know if that means pencils are layouts and inks are finishes, or if Gross just provides a rough draft of the art and the guest makes it their own.  I guess it’s not that important, but when doing a review, I like to give credit where credit’s due, and in this case I can’t specify.  Anyway, I’m assuming this issue gross did some of it and Davison handled a portion himself, because there are two distinct looks throughout the story.

Davison’s style is heavily shadowed, and there is a much more sinister look to his pages when compared to Gross’s bright and polished style. His lines are simple, well defined, and clean, and he does a great job depicting a grimy, unkempt world.  His scenes depict some of the more gruesome goings on that we’ve seen from this title, and he handles the action very well.  In a scene where Pauly must fight to become the sole murderer of the ark–I told you it was a dark place–the sequence is pretty cool, with all the necessary beats established panel to panel for a visceral effect.  This particular combination of artists worked really well to establish the different settings and mood for this issue, and it’s always a nice thing to discover an artist you aren’t familiar with to file in the mental like column, which I have now done with Mr. Davison.

Gross, as usual, does a fine job.  This is his visual world, and that comfort shines through in both his layouts and character work.  I especially enjoy his depiction of the Willow Bank scene, where Pauly is describing it in reverence for Tom, and the layout is dreamy and bright.

Story: Narratively this was a very interesting issue.  We’ve gotten to know Mr. Bunn over the course of 3 or 4 special issues, but this is the most time we’ve spent with Pauly Bruckner the human.  He definitely comes off as a bad person, but Carey also shines a light on some of his better qualities as well.  He takes a shine to a boy he encounters during his raiding missions for the ark, and ultimately that choice leads to the child’s death.  This is the first time we see Pauly mourn the demise of something, and it leads him on a new path.  I very much enjoyed this issue, though it only added a little to the overall narrative arc of the book, it was pretty engrossing, and shed more light on how the world is now that Leviathan is not the same.  I’m enjoying this so far, but I do miss the referential nods to classic stories from the series’ beginnings, I don’t know if we’ll see much more of that now that the world has gone to shit, but I hope that part of Tom’s rehabilitation of the world’s stories involves some of the classic and most necessary tales from our history.

**Minor Spoilers to Follow**  I’m suspicious of the white worm thing following around Rhea Hawkins, I think it might be the beginning of another Leviathan, but this one feeds on terrible stories, and maybe that’s why the world has turned into a kill or be killed terror-zone.  The Leviathan is, after all, a representation of the collective conscience of the world. It feeds on stories, and the ones it likes start to become almost true.  The fact that Pullman shows up and starts manipulating Pauly’s choices makes me wonder if his plan is to create a new world where he decides the stories that are told.  If he asserts control over the Leviathan from a young age it will almost be beholden to him, and this could have a drastic affect on Tom and Company’s ability to change things. One thing is for sure after five issues of Apocalypse, is that the fate of the world and the fate of the types of stories it creates are interwoven.  If the world is ever going to return to some semblance of it’s former self; Tom, Winston, and the crew are going to have to start telling new stories and destroying these bad one Pullman is creating.  They’ll also have to address the problem of Madame Rausch soon, because if I remember right she is attempting a similar mission as Pullman.

Conclusion: I felt this was a very good issue, it was one of the darker chapters since the .5’s from last year, and the world it depicts really shows how far gone the state of things are.  My hope is that from here on we go into the how and when of what Tom and his merry band are going to do about it. There are only seven issues left, and Carey and Gross have a lot of things to attend to.  This chapter might not be the end of Pauly Bruckner, but things are certainly not looking good for him.  I’m interested as well in what becomes of the worm thing, and whether or not it is a developing Leviathan.  This is such a complex story I really can’t wait for it to wrap up so I can re-read it again and focus on the smaller aspects as opposed to the rather epic plot.  I would definitely not recommend starting here, this is a story like a lot of Vertigo books that is best to start from the beginning. 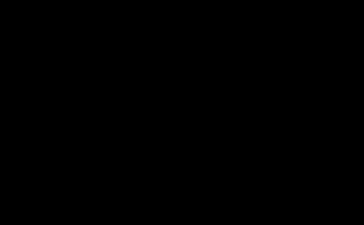 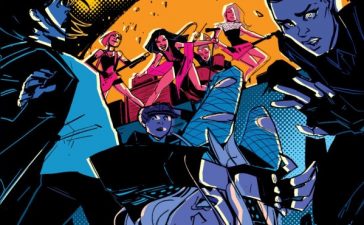