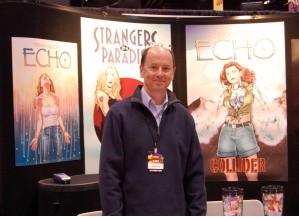 This week at the Banana Stand I wanted to spotlight a creator who I think every comic fan should know about and support.  Artist/writer Terry Moore is important to comics; not just because he has written some of the absolute greatest characters in the medium, or because his art is–even objectively–some of the best put to page, but because he has managed to have a successful career on his own terms and without the help(read: control) of a major publisher.  There are very few self publishers around today who achieve the level of notoriety that Moore has;  Jeff Smith and Dave Sim are probably the only others.  So join me in this discussion of why I think Moore’s work is important, and why you should be running out and buying anything he does. 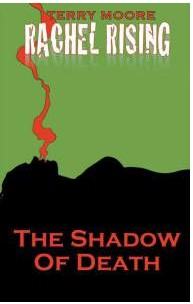 My first exposure to Moore’s work was Rachel Rising, I had read good things about it, and the concept was enough to get me to try it out.  This turned out to be one of the best comics decisions I’ve ever made.  It’s a horror story, and suitably creepy, but what grabbed me by the end were the people.  I felt like Rachel, Jet, and Uncle Johnny were some of the most realistic characters I’d ever encountered in a comic.  Not only were they drawn beautifully, but they spoke like real people.  I was instantly drawn into their world, and was disappointed that I’d have to wait to return to the town of Manson, and see how things turned out for my girls. That’s right “My girls”, I felt like I had a stake in their peril, and I was bummed that I finished the book so damn fast; I don’t even think I took a drink of my coffee or thought of anything else the entire time I read it. I especially like the style of horror Moore is using with this series; it’s really creepy with evocative landscapes, and mysterious murders perpetrated by non traditional characters. It’s the kind of eerie  atmosphere that reminds me of “The Shining”, more unsettling than gross.  I prefer spooky ghosts and stuff over gore, but this book does a wonderful job of combining the two in ways that will make you crave more.  I don’t want to spoil story elements, so I’ll just leave it at that.  Since I read the first trade, I’ve burned through the next two, and have finally decided that I’m just going to finish the series in floppies–I mean have you seen some of the covers for this series?  Needless to say I wanted to read more books by this man, and in a wonderful moment of happenstance, the following Wednesday at the shop I stumbled upon the first volume of Strangers in Paradise in a discount bin.

As with Rachel Rising, Strangers–or SiP, as it will be referred to henceforth–had me by page three just with the character work.  The book follows two twenty-somethings, Katchoo and Francine, as they navigate life, love, skeletons from their past, and everything in between.  Many describe it as a romance comic, but it is so much more than that.  I don’t want to spoil some of the more wild goings-on, but suffice to say this book has got everything.  Comedy, suspense, action, tragedy, and joy; it’s all in there, and it’s all so compelling and wonderful.  I still haven’t finished it–it ran 90 issues–but with only three trades to go, I already count it as one of my all-time favorites.  It’s the type of book you immediately want to tell people about or lend to all your friends. I was lucky enough to shop at a store with two Moore super-fans working there, so I had an instant outlet for my discussion needs.  At its core, this book is all about the three dimensional characters Moore created, and the instant attachment you feel as a reader.

The main stars of SiP are Katchoo and Francine, and they are the best of friends despite being near complete opposites; which I find to be pretty true to life as well, a lot of the time it’s our differences that attract friends to each other, because we can be surprised and learn things that way. When we’re all the same, it’s like hanging out with yourself, which is boring right?  So back to the story, Francine is a lovely brunette without a mean bone in her body, a trait that leads to her being walked over by some of the people she encounters, and she just can’t wrap her head around why her love life is such a mess.  She is the more conservative of the twosome and also carries some baggage in the form of body issues and low self-esteem.  Katchoo is a rambunctious Blonde, the Yin to Francine’s Yang, and lives life to it’s fullest. She’s an artist, and a bit troubled, but she doesn’t let anyone else’s hang-ups get in the way of her enjoying all that life has to offer; she smokes , she curses, and operates in extremes.  There is no one in the world she loves more than Francine, and despite screwing it up sometimes, for the most part this is reflected in her actions.  The rest of the cast is rounded out by friends, family, ex-boyfriends, and former employers of the two leads, but every single one of them is a fully realized person, and that in and of itself is a testament to the genius of Terry Moore. I could go on and on about how fantastic this series is, but you should all really do yourselves the favor and just check it out.  I haven’t had the chance to read Moore’s other series Echo yet, but I’m pretty confident I’ll enjoy that too once I get to it

So now that you know a little about Moore’s bibliography, I was supposed to explain why I think he is important to comics right? Yup, just checked, that was a statement I made in paragraph one.  The main reason I think Terry Moore is important to comics is the possibilities he represents.  He has managed to make a career out of writing, drawing, lettering and publishing stories that he created.  He doesn’t have to split profits with a media conglomerate that could cancel his book should they deem it unworthy. He does everything himself, and that is a huge risk, but when done right, it pays off so well.  Without guys like Moore and Jeff Smith, and even Dave Sims–I haven’t read Cerebus, so I can’t speak to its quality, but it’s pretty well regarded–the industry is completely controlled by the powers that be.  Since the dawn of comics, business has always dictated what creative minds were permitted to do with these books, and it’s kind of a shame.  By supporting creators such as Moore, we are directly and positively affecting their creative lives.  They can’t continue to create things without our support, and for the most part they still rely on word of mouth–or word of tweet, thank the gods for the internet!–to get their stuff out there.  With limited resources, I’m sure they can’t get their books in every store and that’s a shame, but it’s reality.  Thankfully it’s worked out well enough for him that he’s been able to do three series’.

Now days there are a bunch of potential Terry Moores out there, web comics have sprouted up all over the place, and writers and artists have the ability to get their work out there for people to see with relatively low cost. It’s because of creators like Moore, Smith, and Sims that some of these folks are even trying, and the world of comics is better for it.  That’s why I think Terry Moore is important to comics, so do comics and yourself a favor and give these magnificent stories a shot; Rachel Rising is in shops now waiting for new and excited fans to be spellbound by it’s awesome.

I didn’t even get a chance to talk much about Terry Moore’s amazing art, so I’ll let it speak for itself below–the first two are from SiP, then a two page sequence from Rachel Rising. Just some samples for you to check out before you head to the shop to buy one–or all–of these books 😉 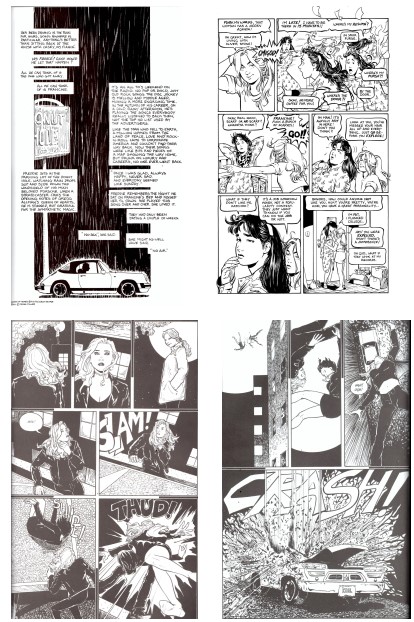 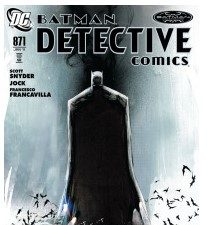 Our Reflection in The Black Mirror

Taking The Stand: Matt Murdock Is The Best There Is