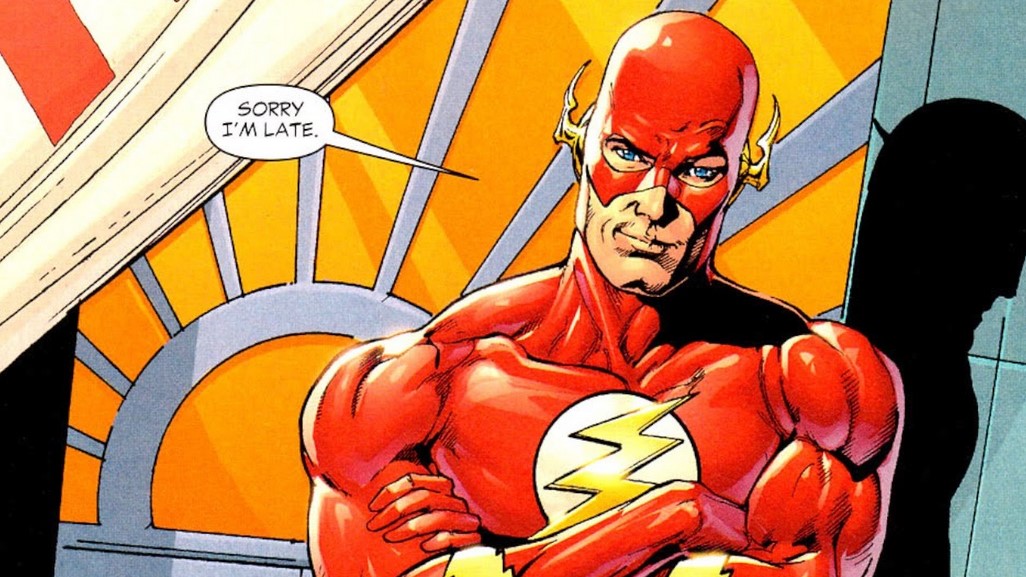 According to comics historian Bill Schelly in American Comic Book Chronicles:  The 1950s, DC Comics editor Julius Schwartz, who oversaw the creation of the superhero character, recalled that the “Flash’s secret identity of Barry Allen was a combination of two show business personalities he was fond of in those days, radio talk-show host Barry Gray and humorist Steve Allen.”

Barry Gray is noted as “the father of talk radio”; he is credited with creating the concept of the talk radio broadcast, in which the radio host talks about particular issues and invites listeners to call in with their opinions.  Gray died in 1996.

Steve Allen was the first host of the NBC talk show The Tonight Show.  Allen was a pioneer in developing the concept of the television talk show, and is remembered as a brilliant composer and comedian.  Allen died in 2000.