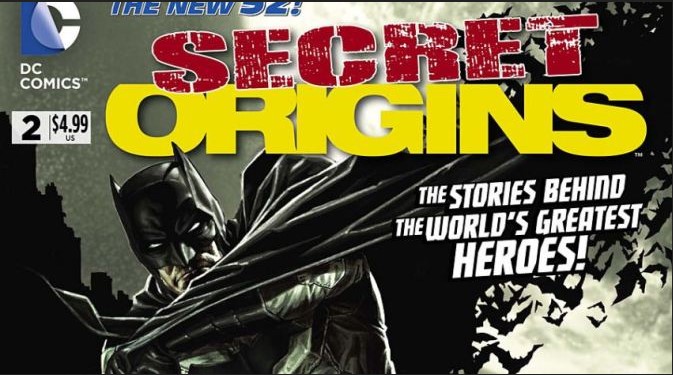 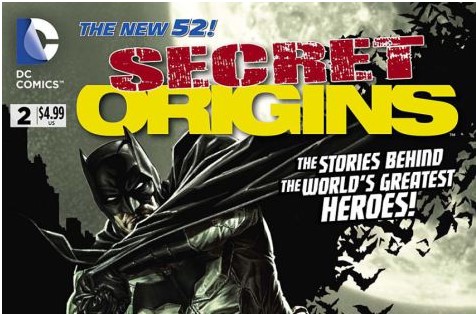 Secret origins (that is, the origin stories of comic book superheroes and supervillains) are an important element of the superhero genre.  These origin stories provide motivation and depth to characters.  Bruce Wayne’s parents were tragically murdered in front of him when he was a boy, and now he fights crime as Batman to prevent others from suffering as he did.   Peter Parker was bitten by a radioactive spider, and initially used his new superpowers selfishly, resulting in the death of his Uncle Ben; Peter learns that with great power comes great responsibility, and now fights crime as Spider-Man.

An origin story is an important aspect of comic book characters, but why can’t we have origin stories, too?  To help with this, I designed the “Secret Origin Generator Matrix” to create an origin story for any person, based on the person’s name. 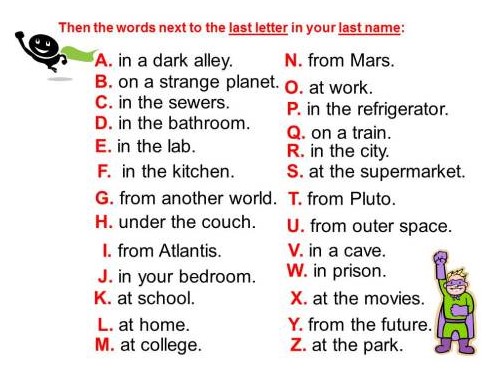 For example, using the matrix above to find the secret origin of DC Comics publisher Dan DiDio, we discover that Mr. DiDio’s secret origin is that he was “hit by a vampire at work”.

Or that comics creator Gail Simone was “taught by a supervillain in the lab”.

Please help me beta test the Secret Origin Generator Matrix by using the matrix to find your secret origin (or the secret origin of your favorite comics creators, friends, or loved ones) and posting the results in the comments below.