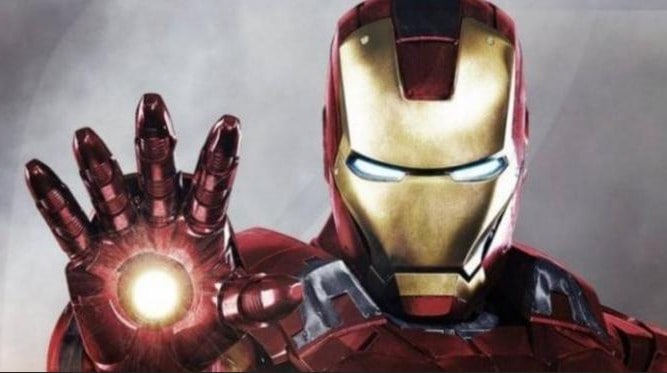 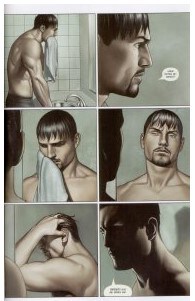 Since 2008, Iron Man has been one of the most popular superheroes in the world. In that time, he went from a mid-rank character to the forefront of Marvel’s stories and events. Obviously the wildly successful film starring Robert Downey Jr is a huge factor; but what proceeded that?

Frankly, if you asked me to make a list of GOOD Iron Man stories pre-2007; it would be a small list. The character never seemed to catch on to more than a base number of fans. He had a pretty appalling cartoon in the 90s (as well as going through the 90s themselves), and even when he appeared in other heroes’ cartoons it always left a disappointed feeling when it was over. His suit would fail after five minutes or Rhodey had to sub for him because he couldn’t leave his work-bench for…reasons. How does THAT guy build a fanbase? In short, he doesn’t!

Iron Man had to be rebuilt, much like he has to in the comics periodically. Life imitating Art, it seems. So Brian Micheal Bendis  placed Tony Stark inside a clandestine cadre of the Marvel U called the Illuminati, made up of some of the most powerful (and also under-used) characters whose mission was to preemptively deal with problems before they become too large. Mark Millar cast Tony as the Antagonist for Civil War, putting him in a huge position of  power but also dubious politics. But that’s not enough for a character who can’t succeed in his own book.

To Marvel’s credit, many talented people have worked on Iron Man’s solo title before the 2000s. However, not even Stan Lee could make the character work when he was introduced. His early adventures look like a poorer version of Siegal and Shuster’s Superman strips from the 1940s, and there is an overabundance of mentions for “The Iron Man” as though every character is trying to push the Howard Hughes knock-off out and bring in a tortured soul in a metal suit. The potential was never forged in the right amount of pressure and heat.

Eventually, Marvel wised up and put some effort into making Iron Man a bankable character due to his impending film debut. One such effort was Warren Ellis and Adi Granov’s Extremis arc kicking off a new volume for Iron Man. 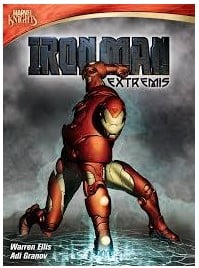 This is what many fans point to as the turning point for Tony from B-List to A-List. Ellis uses tricks that should be familiar to fans of his work on Moon Knight; hyper-compression in plot, small tweeks to the hero’s origin, political overtones, less emphasis on action, and a sudden ending. Reading it now it’s hard to see what it does new, and I think that points to how much it has changed Iron Man. Tony is haunted by his profiteering from weapons, shuns human contact for isolation to work on his suit, and an almost depressed lack of direction for what he should do next. Not only is this common in the comics, it’s also prevalent in Iron Man (2008) and Iron Man 3 (2013). 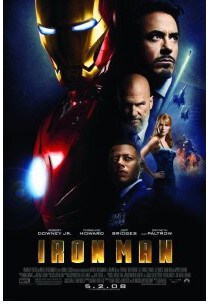 Iron Man is a somewhat unusual Cape movie, which may explain some of its success. It doesn’t start out with an obvious love interest, it has multiple antagonists (three if you want to be technical), and the plot kind of zig-zags between story moments. A good portion of the movie is spent without Tony fighting a villain; instead he’s improving his armor and brooding about what his purpose in life is. It’s all done with a sense of fun, in fact they don’t make them like this anymore. It breaks a lot from the conventional choices that other movies make. There is the sense of  verisimilitude in Robert Downey Jr as well as the focus on Middle-Eastern conflict. Tony is almost a stand-in for America; wealthy and bored while the repercussions of the past hide in the wings. After facing them, he wishes to find a new purpose in life atoning for his mistakes without totally losing his sense of self. Then there is the ending where Tony Stark decides he is not the average superhero and reveals himself as Iron Man to the world. That’s about the last time I think the film version of Tony Stark actually “grew.” 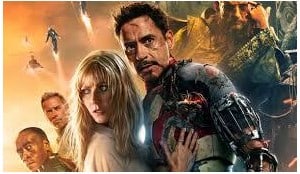 In any case, Marvel followed The Avengers with Iron Man 3. It made a billion dollars, and divided fans pretty fiercely trying to adapt the Extremis storyline. There do not seem to be a lot of connections between the comic and the film; both start with Tony retreating from others by working on his suit, involve a disastrous low point, fights with meta-humans, and feature Maya Hanson and Aldrich Killian. Where they differ is pretty intriguing; there is only one Extremis powered villain in the comic, and he is like a right-wing tech version of the Unibomber on a mission to destroy Washington D.C., returning the country to it’s “intended” state. Tony suffers a lack of purpose and direction for where he should take his resources, while still maintaining his cover that Iron Man is a bodyguard for his company. Aldrich Killian is responsible for Extremis falling in the wrong hands, but Maya Hanson is the true mastermind of the story. In the film, Tony suffers from PTSD from the invasion of New York, builds hundreds of disposable armors while obsessing over his latest one because he can put it on cooler, hides out in a small town after being attacked by ManNotHimAgain, and Aldrich Killian is the true villain of the movie with crazy soldiers that breath fire and explode. There was an excellent chance for IM3 to tie Tony’s PTSD to what he experienced in the first film escaping from the Ten Rings, but it will probably never happen.

After Iron Man was upgraded with Extremis in the comics, Tony was able to transition into his armor in seconds by carrying its components inside his bones. Not only that, Tony Stark felt complex and interesting. A man always on the move toward women, danger, invention/innovation, with reckless abandon. He did it in style too, as I believe Adi Granov’s redesigns for his armor become a template for both the films and comics.

Perhaps what Extremis did was examine, really examine the character of Tony Stark. Maybe, it gave him actual weight as a hero to root for. In any case, it was followed a short time after by Matt Fraction and Salvador Laruca’s Invincible Iron Man run, which won numerous Eisner awards and fleshed out Tony Stark’s world. It’s a run that is maybe too long for its own good but could be the latest benchmark for the character and owes plenty to Ellis and Granov’s 6 issue arc.

After three solo movies, and a less morally conscious Tony Stark with a new version of the Extremis armor featured in Superior Iron Man, I’m curious to see just how far the roots of an arc from 2006 will stretch into the character of Iron Man and if his success will depend on it.