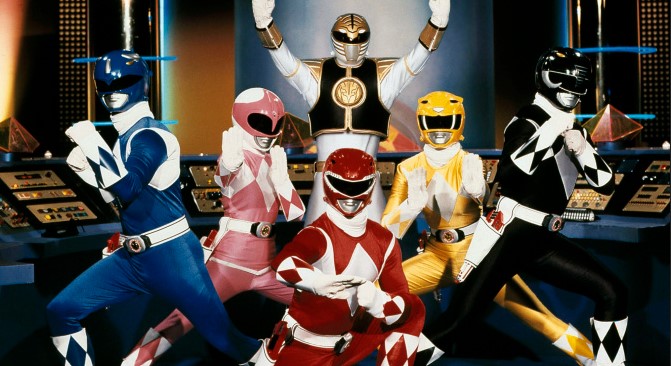 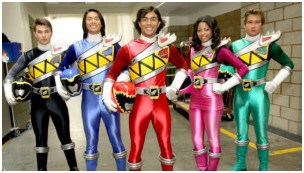 In the age of the Comic-Book Blockbuster, where there’s a plethora of debate over violence, casting, tone, story, release, innovation, respect for the past, and diversity, one franchise predated all of this and will likely outlast it, Saban’s Power Rangers.

Like many great things, Power Rangers was an import from Japan. Originally a TV series called Super Sentai, it was adapted to American audiences by re-filming new actors with dialogue and combining that with stock fight footage from Super Sentai. While there was potential for disaster on multiple levels, it turned into quite the success for a 90s property.

At its most basic premise, Power Rangers is about a group of teens chosen to fight evil by being granted magical tools and/or advanced technology to aid them in their mission. The bad guys are often more of a nuisance than actually villainous, and throughout each season there is a constant escalation of power through the Rangers’ weapons and giant mechs called Megazords.

The acting goes several steps beyond cheesy, and the fighting moves through a palpable fog of melodrama every minute. Criticisms of the series being silly/childish and poorly written would not be undue. However, despite all of that Power Rangers has lasted 25 years and 22+ seasons and two films. That’s a shelf-life almost on par with Fox’s The Simpsons. In the face of all that, Power Rangers becomes somewhat hard to ignore.

I think part of the reason behind Power Rangers longevity is its clarity of vision, it knew what it was from the beginning and worked it. Cheesy? Yes. Goofy? Sure. A good message for children packaged in cheap, superhero-esque tights? Absolutely. Most Power Rangers are not unlike the Golden Age heroes of yesteryear, doing the right thing because its the right thing in the face of absurd circumstances. In some occasions, they even found a way to do the redeemed anti-hero that became popular towards the end of the Silver Age with characters like Tommy Oliver or the Thunder Rangers in Ninja Storm. So besides nailing the central protagonists, what puts Power Rangers ahead of the Big 2’s live-action efforts? 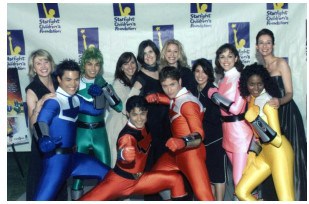 While its beginning had the unfortunate uniform color matching racial skin tones of the actors, it nonetheless featured 2 female team members and 2 people of color on the team. Since then, the uniform colors matter very little to what racial identity is wearing them. Red is usually reserved for the leader of the team, and there have been African-American actors in that role. Asian-American actors have portrayed Red Rangers as well, but have also been a constant presence on the various teams since the show grew up some. Imagine that, a Superhero team being multi-racial continuously since the early 2000’s. In addition to that, almost every iteration is at least 1/3 female with some even having the Pink Ranger as the leader. That may not sound like much, but consider that each female character stands as her own person and not a generic stereotype. Does anything either Marvel or DC have done out of comics come close to that? 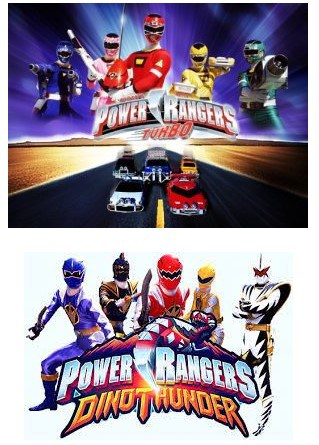 Every iteration of Power Rangers rests on a motif, including but not limited to: Dinosaurs, Vehicles, Space, Animals, Ninjas, Samurai, Magic, Time Travel. While I haven’t cracked the code behind the rotation, Dinosaurs seems to start off each new “cycle”. But if it repeats, how is it innovating? Because Power Rangers knows what their heroes are, anything else is just window dressing. There’s no need to modernize or reinvent them, they just clean house after a segment finishes and moves on. No reboots, no desperate attempts to hide recasts, no one version weighing down the rest. If you don’t believe that some seasons of Power Rangers is especially horrid, watch either of the movies sometime. Still hasn’t hurt them. That’s allowed the show to keep moving, even if its ideas follow a specific formula and its “appearance” looks recycled. If it ain’t broke, don’t fix it. Also, Ninjas still sell. 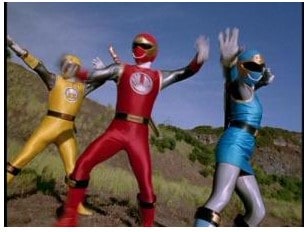 Even if the show moves on through each phase of its existence, it still finds ways to honor the past. Mostly consisting of  epic team-ups from a past team, now the show is willing to throw every single Ranger that has ever been up on the screen. How’s that for fan service?

This has become a major point of debate with the steady stream of comic-book films threatening the World’s survival and reminding people of the tragedy of 9/11. How many off-screen deaths are too many? How many civilians have to die to motivate Superheroes to come save the rest? How much property damage before the fighting becomes meaningless?

Power Rangers kind of side-steps that. The heroes fight the bad guys away from civilians, with violence so corny it can’t be taken seriously, and when the climax comes down to giant monster versus giant robot there isn’t several mass graves created. Although some people develop trauma from giant robot battles, that’s the worst that affects the average person in the Power Rangers universe.

It might be hoping too much for Marvel Studios or Warner Brothers to learn anything from the next Power Rangers movie, but if there’s anything you learn after watching Power Rangers its how to have hope.