Michel Fiffe’s awesome self published superhero epic Copra returned this week after a short hiatus and it’s as good as it’s ever been. As is the books modus operandi the opening jumps right into a gnarly battle scene letting it’s dynamic visual aesthetic lead the narration and things get’s wild even for Copra standards. After spending the last year focusing on individual character’s issue #19 goes back to the team dynamic by crash landing right into the heart of the action. Fiffe keeps the writing light, sparse and efficient while his plot remains tight as razor wire in doing the classic three separate character battle to conclusion and it’s effortlessly exciting from page one going forward. Fiffe has always done great work designing antagonist but he might have outdone himself here and when you read it you’ll know exactly what I mean. As is the standard set by precious installments, Fiffe’s art continues to jump off the page with a kinetic energy that is completely singular to the artist on this work. Issue #19 is probably the most simple we’ve seen the book in quite some time but that doesn’t make it any worst. In fact after last issues high concept freak out, this issue almost feels like a necessary palate cleanser. Copra spent a year fleshing itself and it was fantastic but it also helps this return to form feel refreshing. As is the standard here the design, aesthetic and narration remain singularly excellent and unlike anything else. While it’s influence is clear and easy to trace back the way that Fiffe translates that is something else entirely as Copra is a world unlike any other in comics. Even though it’s centered on analouges of characters and concepts from DC Comics and Marvel, Fiffe does it better on his own then those companies do; point, blank, period.  Copra is back, it’s unstoppable and it continues it’s sustained excellence in this issue while setting the direction for where the series is going in the future. Come experience a world unlike any other. 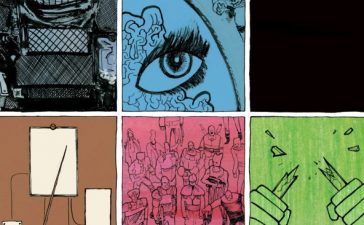 This Week’s Finest: Copra Versus #1