As so many of us do, I constantly find myself reevaluating what I consider to be my favorite comic series, writer, artist, publisher, etc.  Sure, I have my constants in each category, but determining which are my all-time favorites I find can vary day to day.  Although there is one creator more so than all the others whose work I’m persistently attempting to rank: Alan Moore.  Between V for Vendetta, From Hell, Watchmen, The Killing Joke, The Saga of the Swamp Thing, and, of course, The League of Extraordinary Gentlemen, fewer comic creators have as prolific a bibliography as Moore.  When working with such a catalog, it makes sense for there to be some confusion, right?  RIGHT?!?

Time has a way of changing things–I’m sure I’ve heard people say that before–and in this case the phrase is more than applicable.  In high school I was known as “The Writer,” and it only made sense for me to sharpen my “skills” by reading the greatest works by the greatest writers.  Thus, I came upon Watchmen and thought no other Moore work–or any comic book for that matter–could compare.  Soon came V, and Moore’s depiction of the anarchistic meshed well with my early college self.  Not long after, the poetic beauty of Swamp Thing whispered through the branches to my English major’s heart, escalating the work above its predecessors. Spaced intermittently between were the menagerie of the Alan Moore library, and of those was what I now consider to be my favorite of his work: The League of Extraordinary Gentlemen.

Now, I’m not here to fool you.  I understand that the EIGHT volumes which make up The League’s story-line are not without faults.  In fact, some of the stories get downright weird.  But, on the whole, these gentlemen (and women) make quite an extraordinary tale. Perhaps I’ll one day have the chance to discuss each of the volumes, but today I’ll be focusing on the first wonderful volume and how combining previously unrelated literary characters (something of which Moore is no stranger) may have lead to confirming the old saying, “The whole is greater than the sum of its parts.”

Before delving into the plot, let’s meet the cast: Wilhelmina “Mina” Murray, official though often questioned leader of The League and protector of her veiled past; Allan Quatermain, ex-African adventure man and first to be recruited by Mina; Henry Jekyll/Edward Hyde, part-time scientist, part-time monster, full-time metaphor; Captain Nemo, nautical badass; and Hawley Griffin, original invisible man and asshole extraordinaire. Respectfully hailing from Dracula, King Solomon’s Mines, The Strange Case of Dr. Jekyll and Mr. Hyde, Twenty Thousand Leagues Under the Sea, and The Invisible Man, no member of The League was without fame prior.  Each of these characters existed roughly one hundred years in Victorian-era novels before Moore plucked them from their works and squeezed them into a fictional 1989 steampunk-styled Britain as possibly first imagined by Jules Verne in his once thought “lost novel” Paris in the Twentieth Century.

The overall plot is simple.  Commissioned by the mysterious Mr. M, whom Mina believes to be Sherlock Holmes’ brother Mycroft, working through Campion Bond, The League is tasked with infiltrating The Doctor’s (Fu Manchu’s) turf in the limehouse district of London to retrieve the stolen Cavorite, a material with the ability to negate gravity. Whoever wields the Cavorite, whether it be Mr. M or Fu Manchu, will control the skies and ultimately take over.  There is, of course, more to it, but it is not the plot which makes The League my favorite Moore work at this time.  Instead, I love finding what some may refer to as Easter Eggs…though these are not typically hidden through placement but rather through an unfamiliarity of Victorian-era literature.

Highlighting some of the most important literary allusion:

Upon traveling to Paris to recruit Doctor Jekyll, Mina and Allan meet their informant Auguste Dupin.  Created by Edgar Allan Poe, Detective Dupin’s first appearance was in what many scholars believe to be the first true detective story: The Murders in the Rue Morgue.  Something (Hyde) is murdering women in Paris, and Dupin finds the case similar to his Rue Morgue Orangutan mystery.

When we first meet Edward Hyde, he is carrying a cane.  This is a nod to the cane Hyde used to kill the man in his own novel which sets in motion the downfall of Doctor Jekyll/Mister Hyde.

While investigating the miraculous immaculate conceptions at Miss Rosa Coote’s Correctional Academy for Wayward Gentlewoman, we see many famous women of literature.  First is Rosa Coote who appeared in many Victorian-era erotica novels by William Dugdale.  Then we meet Miss Katy Carr(What Katy Did) as she seductively punishes Olive Chancellor (The Bostonians by Henry James). Last is Becky Randall,  the first to be raped by Griffin, from a children’s series by Kate Douglas Wiggin.

While Campion Bond, one of the only characters created just for this series and ancestor of James Bond, introduces Professor Selwyn Cavor and his stolen Cavorite, both from H.G. Wells’ The First Men in the Moon, in The League’s headquarters, Mina studies one of the many portraits in the room.  Six figures are visible in the picture dated 1787 (about 100 years before TLoEG takes place): Lemuel Gulliver of Jonathan Swift’s Gulliver’s Travels, Sir Percy and Lady Blakeney of Baroness Emmuska Orczy many novels, Russell Thorndike’s terrifying Reverend Dr. Syn, Fanny Hill of John Cleland’s book of the same name, and Natty Bumpo (Hawkeye) of the Last of the Mohicans fame.  Together, we discover as the series progresses, these characters make up the Society of Extraordinary Gentlemen.  This team is pretty much the Minutemen to The League’s Watchmen.

Mr. M’s enemy, The Doctor, is actually Fu Manchu.  Fu Manchu was created in the early twentieth century, possibly outside of what is traditionally known as the Victorian Age (1837 to 1901). He was unable to be called by his true name due to legal disputes, but his famous mustache makes him easily recognizable.

Ishmael of the Moby Dick (Melville) fame and Broad Arrow Jack of the novel by the same name (E. Harcourt Burrage) are crew members aboard Nemo’s Nautilus.

Towards the end of volume one, Mr. M is revealed to be not Mycroft Holmes but James Moriarty, one of the few men to ever best Sherlock.  As Moore explains it, after being thrown into the Reichenbach Falls at the end of Sir Arthur Conan Doyle’s The Final Problem, Moriarty was rescued by his agents Campion Bond and Colonel Moran, another villain of Sherlock’s.  Another fun fact is Sherlock has The League’s symbol on his cigarette case, meaning he may have been a member at some point.

As Moriarty, in control of the Cavorite, sets his forces against London, we see Artful Dodger and his pack of pickpocketing children rushing to safety.  These characters are from Charles Dicken’s Oliver Twist.

And finally, at the end, strange objects are seen falling from the night sky. If you have read the second volume, then you know them to be the Martians from H.G. Wells’ The War of the Worlds.

Of course there are many, many other allusions I’ve not mentioned–most notably “The Time Traveler” from the prose story at the end–but that is the beauty of this work.  It is a culmination of every great character, plot, motif, etc. of the nineteenth century.  Nothing in this comic is there by accident, and Moore’s work has inspired others to intimate each element, searching for a connection.  Why an official annotated version has yet to be released is beyond me.  Maybe even more so than any of his other work, this story screams, “Study me!” I’ve added below a suggested reading list for those interested in further analyzing this volume, but by no means have I included everything.  I can only catch so many of the references myself.  Googling “The League of Extraordinary Gentlemen literary allusions” will provide you with several readers’ attempts to uncover all the keys, but the best way to appreciate The League is by doing the research yourself.  I’ve not read every book on this list, but the ones I have do make the experience all the greater.  By taking each of the following novels/short stories on their own, you’ll experience worlds within their pages you never imagined possible.  But when you put them together, highlighting that which binds them and appreciating that which separates them, you are left with a solitary world far greater they can contain of their own. 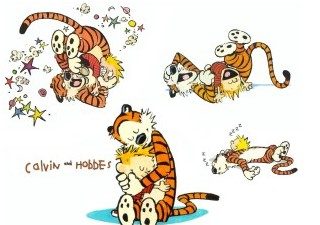