The man shown above is known as Stan Lee, probably the most famous person in the mainstream associated with Comic Books.  In the 1960’s he helped create many of Marvel’s biggest characters including but not limited to Spider-Man, Daredevil, the X-Men, the Fantastic Four, Iron Man, the Incredible Hulk, the Mighty Thor, and Black Widow. I’ve got a great deal of admiration for this man but I feel I have to voice a small grievance about him; he didn’t do it alone.

If you’ve read comics for any number of years you probably already know this factoid.  It should be common sense that Stan Lee didn’t do it all alone, but it seems that many don’t know or care about that. I consider that troubling, and I worry it may get worse.

Last weekend I heard my brother in a drunken rambling mention Stan Lee, the why and when being unimportant. He said something that has stuck in my mind for days now; “I think Stan Lee is probably the greatest artist of all time”. To which I replied, “Stan Lee is not an artist”. At least in the sense that I consider people who draw, paint or otherwise use images or physical materials to make “art”. My brother does not know who Jack Kirby or Steve Ditko were; two of Stan Lee’s biggest collaborators and co-creators of Marvel’s biggest characters.  I know I should disregard what my brother said, but it still sticks in my craw. 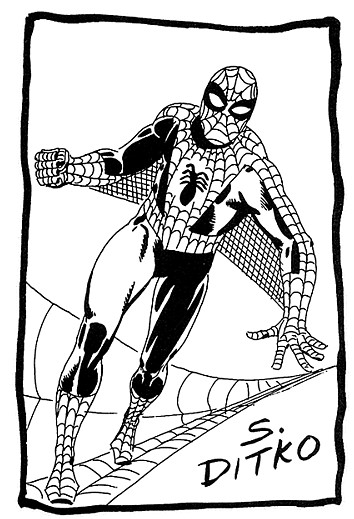 Stan Lee is a worldwide celebrity it seems, and has spent years building his brand as well as establishing his connections to his creations. I don’t begrudge him that at all, when seeing how others in business at the same time have fared. However there-in lies the problem, Lee is the celebrity and everyone else is still behind the curtain. As far as I know, the one who has made the furthest strides is Robert Kirkman appearing on Conan O’Brien’s talkshow as the creator of The Walking Dead (the show, and the comic). Robert Kirkman is absolutely a successful person in comics and off-screen on the adaptation of his most famous work, but I doubt he gets the same recognition as Lee.

There is the possibility that many comic creators are not looking for mainstream recognition, and are content to get their work published to the widest number of the comic-reading audience. As I said, Stan Lee has been building his brand for years; decades really. Marvel Comics:The Untold Story details a more detailed account of that but I wish to keep to my original point.

A few months back, I was conversing with a certain coworker about comics as we were both fans and readers. I mentioned to him my growing quibble with Stan Lee and he responded with this question, “Don’t you like the idea of him being the Grandfather of Comics?”. It’s a fun idea I admit, but how and why the title is earned is what bothers me. There are many, many, many, many, many people who were important to the growth and development of comics; and Stan Lee has outlived most of them. A dark concept, but I think a truthful one. I’ll give an example; Stan Lee cameos in Captain America:The Winter Soldier. He did not create Captain America, Joe Simon and Jack Kirby did; but both are deceased. Stan Lee did create the Avengers (with Jack Kirby) which Steve Rogers is a member of; other than that I don’t see why Stan Lee appears in either Cap films. 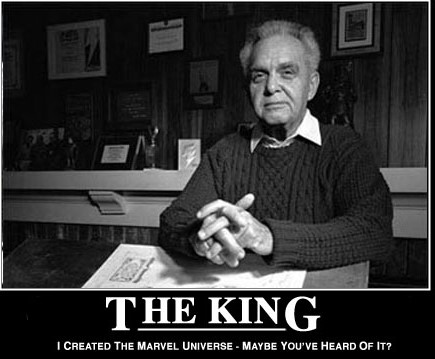 I’m fine with Stan Lee appearing in the films of the characters he created, he does deserve credit for that; but that doesn’t mean he needs to get credit for the characters he didn’t create. He appears in Guardians of the Galaxy which I later learned could be because he created Groot and the Kree. There the connection is more clear than Captain America but still tenuous to me. Groot is a member of the Guardians after all, but Stan Lee had nothing to do with Star Lord, Gamora, Drax, or Rocket Raccoon. Since the rumor was proved false that Stan Lee wouldn’t appear in Guardians of the Galaxy I’m going to assume the studio changed it to quell public confusion. It wouldn’t be the first time that Studios tinker with movies for a mandate.

The list of movies that Stan Lee has appeared in and will presumably continue to include X-Men, Fantastic Four, Spider-Man, The Avengers, Thor (1 and 2), the Incredible Hulk, Iron Man. If Wikipedia is any indication,  he will also appear in the films starring Ant-Man, Black Panther, Black Wiidow, Hawkeye, the Inhumans, and Doctor Strange (another co-creation with Steve Ditko; however the originator of the character is up for debate as Lee admits he doesn’t remember).

Am I being petty about whether or not Stan Lee appears in every Marvel movie? Possibly, but I hold no grudge for the man. Here’s my piece in a nutshell; Stan Lee gets all this attention for creating these characters while his associates receive almost nil. Other famous contributors to the overall comics field may not be as charismatic as Lee but shouldn’t they receive some time in the spotlight? And finally, as long as Stan Lee is the figurehead of the comic-book films connection to the source material; does that leave room for anyone else to shine or even for the movies to expand out of the mold they’ve grown into? 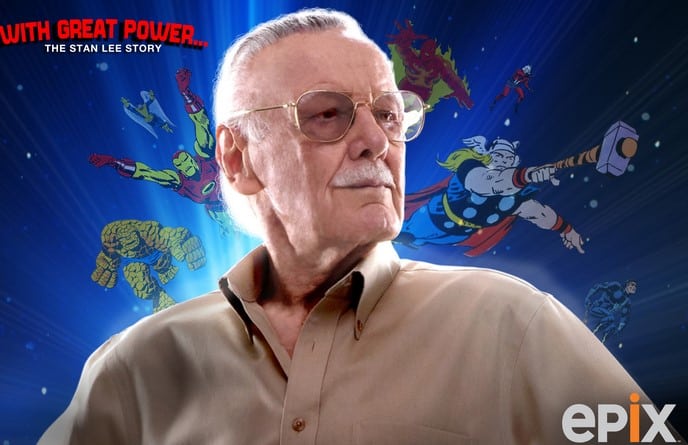