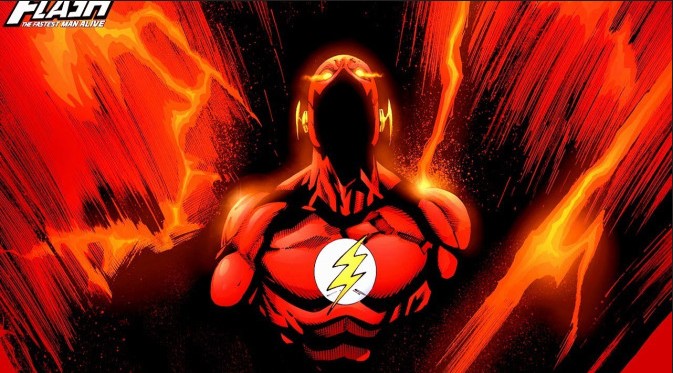 Biting the Bullet for Bart Allen 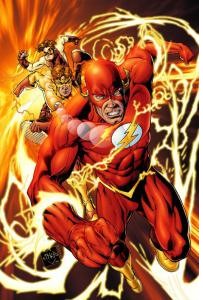 When talking about the Flash family, particularly those who were actually THE Flash, Bart Allen’s name may or may not come up. First appearing in Flash #92 (1994) and created by Mark Waid and Mike Winergo, Bartholomew “Bart” Allen II began as a thorn in Wally West’s side.

Wally West had sort of grown into his role as the Flash, but still had a lot of growing up to do. Bart Allen was a preteen from the 30th century who had no concept for the words “patience,” “planning,” and, most importantly, “consequences” due to being raised most of his life in a virtual reality. He earned the title “Impulse” for his habit of rushing off without thinking. Wally would try to teach Bart the same lessons he had learned under Barry Allen (Bart’s great-grandfather and from whom he inherited his super-speed) but instead asked more experienced heads to take Bart under their tutelage, Jay Garrick and Max Mercury. Jay would teach Bart how to use finesse with his speed, while Max helped Bart grow as a person. Bart would later grow to think of Max as his ultimate mentor and father figure.

Just as important to Bart’s growth were his friends in Young Justice and later the Teen Titans such as Connor Kent, Tim Drake, and Cassie Sandsmark. After Bart joined the Teen Titans, he experienced some of his most drastic changes in character. Deathstroke destroyed Bart’s right knee in an attack on the Titans, and after he recovered he immediately spent a year in hyper-time isolation (a year for him, relatively minutes for his friends) reading the entire San Francisco library to gain knowledge. He rebranded himself as Kid-Flash II and did indeed act with more maturity than he had previously, but still kept his sense of humor and exuberance. 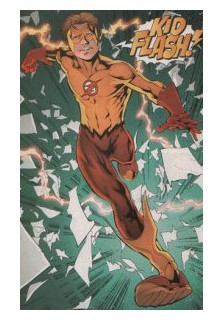 His time as Kid-Flash lasting about 3 years, Bart experienced another drastic change. During Infinite Crisis, Bart, Wally, and Jay tried to defeat Superboy Prime by imprisoning him in the Speed Force. Wally, his wife Linda and their children were stuck more permanently while Superboy Prime escaped fairly quickly. Nonetheless, he was defeated and Bart Allen claimed to have lost his speed. This turned out to be a lie, as he had the only known connection to the Speed Force making him the Fastest Man Alive. 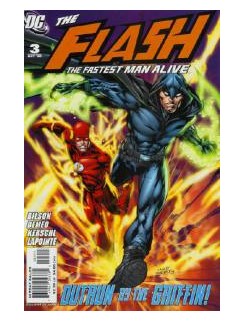 For one year, Bart Allen was the Flash. His series was written by the showrunners of the 90s tv show, Danny Bilson and Paul Demio. Their run began pretty textbook: Bart facing a friend who turned evil after gaining powers. But then the writer’s chair was passed to Marc Guggenheim. Here was more a return to form for the Flash, including timey-whymey stuff, the Rogues, and a clone of Bart Allen called Inertia. Fighting bravely, Bart was killed in a plot by Inertia to harness the Speed Force and was later resurrected by the Legion of Superheroes in the 31st century and returned to the present as Kid-Flash. Wally West would also return with kids in tow and resume his career as the Flash until Barry Allen returned. 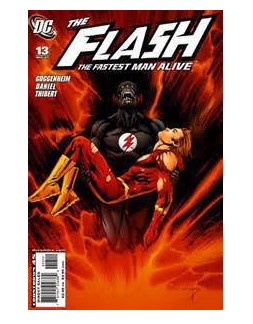 Cutting Bart’s time as the Flash short was, I feel, both poorly planned and executed. Wally’s return was a fair step-up in quality, but it resulted in a lot of running in place creatively. There didn’t seem anywhere for the character to go, and for the first time since maybe the early 90s, Wally had stopped moving forward. Meanwhile, Bart had gone through two separate identities as a side-kick, joined two teams, and had stepped up to the legacy mantle before any of his friends from the Teen Titans.

Bart was training to become a forensic investigator like his great-grandfather, had moved to San Francisco, and had a stronger connection to the Speed Force than any of his elders (at the time). Here was a character who could’ve had a stable career path (which besides being the Flash, Wally always struggled with), a new home to run around in, and a fresh start for readers to follow the Flash. Imagine how Bart would’ve interacted with the League now that they had to treat him as an equal instead of a side-kick, or how his friends would feel seeing Bart surpass all of them by moving up the ranks. He could’ve had new rogues, new uses of Super-Speed, new loves and a new supporting cast!

Of course, hindsight is 20/20, and all this happened years ago. Barry Allen is the Flash now, and Bart is (I believe) stuck in the future as Kid-Flash. Still, Bart Allen was on a fast-track that, ultimately, led nowhere, and with what came immediately after during Wally’s return, I think Bart’s turn as the Fastest Man Alive could’ve gone until 2011 and really become something memorable…