The History of the Flash – An Interview with Steve Korté 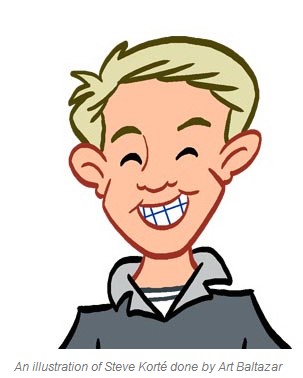 Before we discuss the Flash, please tell us about your role as DC Comics’ historian. What does the job entail?

I’m actually the DC Comics librarian, and I maintain the circulating and non-circulating collections in our company’s library. We have over 99 percent of DC’s comics that have been published since 1935.

What is your background as a comics historian, and how did you come to work for DC Comics?

I’ve been at DC Comics for 22 years. Before I became the librarian in 2012, I was an editor in licensed publishing, which meant I oversaw the production of books featuring our characters that were released by other publishers—everything from children’s storybooks to coffee-table books. I suppose I became a de facto historian after I edited several histories of the company and our characters. By far the most comprehensive history book I edited was 75 YEARS OF DC COMICS, which was published by Taschen in 2011.

The Flash character first appeared in FLASH COMICS #1 (January 1940), and has had several iterations over the years. The Barry Allen iteration of the character is credited with launching the Silver Age of Comics, and is an important figure in DC’s narrative history, introducing the concept of the “Multiverse” and playing significant roles in continuity reboots like Crisis on Infinite Earths and the New 52. But what about the historic significance of the Golden Age iteration of the character, Jay Garrick – is there anything that makes the Golden Age Flash noteworthy or historically significant?

The Golden Age Flash laid the groundwork for all the Flashes that came after him. If it hadn’t been for him, there is no telling if the subsequent Flashes—or even the Silver Age of Comics—would have happened! After the FLASH COMICS title was canceled in 1949, no one knows for sure who at DC Comics had the idea to resurrect the character in 1956. It is widely agreed, though, that DC editor Julie Schwartz was responsible for revamping the character, including a new costume and a new identity. And, of course, the meeting of the Golden Age and Silver Age Flashes in FLASH #123 in 1961 introduced readers to Earth-Two, the beginning of DC’s Multiverse.

The Silver Age Flash debuted in 1956, and the character was so successful that he revived the superhero genre in comics. What factors in 1956 led to the commercial success and popularity of the character and the revival of superhero characters?

Superheroes had fallen on hard times by the mid-1950s. At DC, the only Golden Age superheroes that survived with continuing comics were Superman, Batman, and Wonder Woman. And there were rumors that Batman was going to be canceled! For Barry Allen/Flash, Julie Schwartz kept the Flash’s name, emblem and powers the same, but he discarded all the other elements of the character. I think there are two reasons why the new Flash was so successful. One was the science fiction-influenced elements of the stories. And the other was the dream-team Schwartz assembled for the new Flash: writers Robert Kanigher and John Broome, penciller Carmine Infantino, and inker Joe Kubert. The new Flash seemed to zoom across the page.

Science fiction was Schwartz’s first love, and it had a huge influence on the Flash storytelling and on Green Lantern and the Atom, too.

I think that the Flash has to be rated very high in the pantheon of important superheroes. The success of the Silver Age Flash revitalized superheroes, created a new era of comics, and led to the creation of DC’s multiple worlds.

Let’s conclude this interview with a personal question – do you have a favorite iteration (Jay Garrick, Barry Allen, Wally West, Bart Allen) of the Flash? If so, what appeals to you about that iteration?

Barry Allen was my Flash when I grew up, so he will always be my favorite. I’m also a big fan of humor in comics, and I think that Mark Waid and Mike Wieringo did a great job with Impulse/Bart Allen.