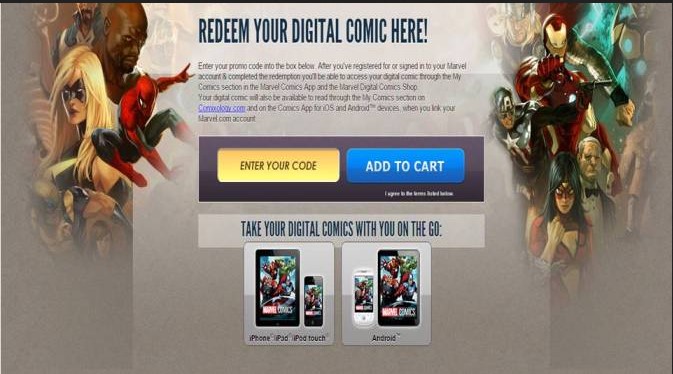 Why is eBay Removing Listings for Marvel’s Digital Codes?

Marvel Comics provides codes for digital copies of its printed comics. This free digital copy is an incentive for consumers to purchase the comics, which generally sell for $3.99 – readers get not only a physical comic book, but also a code, found inside, that can be redeemed online for a digital copy.  While some consumers value having this digital copy, some do not, and they may choose to give away, trade, or sell their unused codes.  The latter practice has created a secondary sales market for Marvel’s codes, with many sale listings on eBay and Reddit, among other sites.

Researching the secondary sales market for Marvel’s digital codes, Nothing But Comics conducted a month-long survey of eBay’s listings for Marvel’s codes – which included a random sampling of fifty code listings – to evaluate how many codes were being sold, and for what prices.  In the course of our investigation, we learned that eBay appears to be removing Marvel code listings from its site, informing some sellers that these listings violate eBay’s listing policy for digital media. 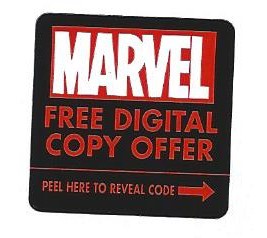 In January 2015, Nothing But Comics conducted a semi-daily review of eBay’s Marvel code listings using the search term “Marvel digital code only” (some sellers advertise the sale of both the physical comic and its “digital code” in their listings, so the “digital code only” language was used to get more focused listings).  Throughout the month, the number of daily listings ranged from a high of 675 listings to a low of 475 listings; the month began with 672 listings, and ended with 534 listings.  In mid-January, Nothing But Comics added a random sample of fifty listings to its eBay “watch list” in order to track the number of codes sold from this sample, as well as their sales prices.

Reviewing this eBay watch list in early March, we noticed that 13 listings were missing, leaving only 37 listings in our sample.  We also noticed that the daily listings for Marvel’s digital codes had dropped significantly from the January listings, to less than 300 listings.  Also, as part of our research, we contacted several sellers from our watch list to ask them about their experiences selling Marvel’s digital codes on eBay.  Two sellers responded, and informed Nothing But Comics that their code listings had recently been removed by eBay.

Seller “collectorsdenwf” revealed that “eBay pulled all of our codes; they were doing very well, too. I’m working to find a way to re-list them with eBay’s help.”  When asked if eBay gave any indication as to why the seller’s code listings were removed, while hundreds of other listings were still on the site, “collectorsdenwf” responded: “Yes, they said they know about mine; the others will need to be reported before they do anything. Which is stupid; we were selling a ton of back issue stuff that would have otherwise collected dust.”

Another seller, “section1-operations,” also reported that eBay had removed digital code listings:  “Roughly the 2nd and 3rd week of February 2015 was when they were getting pulled. Some of these listings – that were all placed at the same time – had current running bids and some had none; however, not all were removed. Example – I had listed 12 and of those at least nine had active running bids, I ran them all for three day auctions and of those, four kept going and ended with a sale, while the rest were all pulled, stating nothing more than removal due to violation of listing policy, and I’m guessing it was either strategic targeting from another seller reporting me or that eBay was randomly monitoring sale habits. Don’t know if they have groups that watch increased sales from individual accounts and check to see the content for identity protection; my sale habits have been rather low for a few years.”

Seller “section1-operations” also informed Nothing But Comics: “I have been collecting comics for years and have never used those codes. If they expire within a year of publication then there is no reason why someone else can’t benefit from them. I started selling only a few a week and all was going well. All were selling and using the auction style listing; I was getting back the extra dollar I spent on the comic and sometimes more. I never encountered anyone having an issue using the codes I sent. Not many people give feedback for the codes but any I did get were positive” and that the codes had been “removed from eBay as it violates their policy on selling digital media.”

It is unclear which of eBay’s digital delivery guidelines (listed below) were violated and prompted the removal of the digital code listings; eBay did not respond to multiple inquiries from Nothing But Comics about why some digital code listings were removed from the site, while hundreds of other listings remain:

The second guideline is problematic for eBay sellers.  In its comics, Marvel, the “owner” of the “intellectual property,” states that the “Digital copy requires purchase of a physical comic.”  It is unclear what Marvel’s policy is regarding the second market sales of its digital codes to consumers that did not purchase a physical comic, and whether the company officially “authorizes” such sales.  Nothing But Comics contacted Marvel Comics to ask about its policy or opinion on the second market sales of its digital codes, and Marvel declined to comment.

Nothing But Comics has documented that some sales listings for Marvel’s digital codes have recently been removed by eBay from its site, although hundreds of such listings remain.  We do not have enough data (our survey was only for the month of January) to determine whether the lower number of digital code listings in March is normal, or the result of an organized effort by eBay to remove these listings.   We also do not have enough information to determine if the removals of these listings is unprecedented, or if similar removals have occurred in the past.  Without a response from eBay, we are also unable to determine the specifics of why the listings of some sellers were removed, whereas others were not.  However, the removal of listings raises troubling concerns about the viability of selling – and buying – Marvel’s digital codes on eBay.