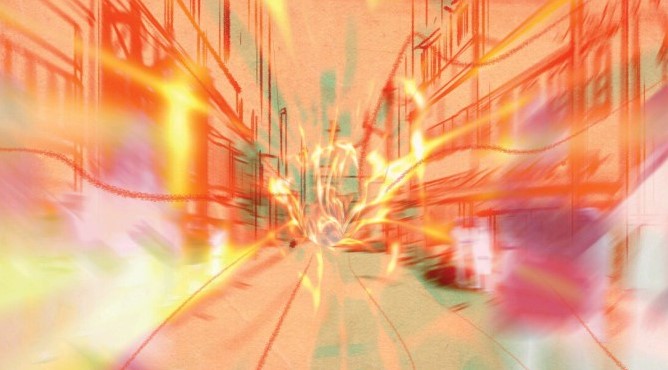 The use of metafiction in the superhero genre has become an old hat for the comic book medium. Alan Moore & Grant Morrison made it a central tenant of their storytelling style in the 1980s and it’s become a tool for almost every creator that’s been influenced by them since. As per Google dictionary, Metafiction is

“fiction in which the author self-consciously alludes to the artificiality or literariness of a work by parodying or departing from novelistic conventions (especially naturalism) and traditional narrative techniques.”

It’s when the story comments on the story. Think Alan Moore’s work on Marvel Man, Grant Morrison meeting Animal Man, all the way up to Deadpool talking to the reader; it’s a constant in comics and, as is with most tools, it’s how you use it that makes the difference. Just because Grant Morrison inserts himself into Animal Man doesn’t make it the same thing as when John Ostrander inserted Grant Morrison into Suicide Squad and that’s all a million miles away from the many hackneyed attempts to have Deadpool break the fourth wall because IT’S DEADPOOL LOLZ!!!!!! But ideas never die they only evolve and the use of metafiction is no different, like in Warren Ellis & Tula Lotay’s deep dive into the practice in their excellent Supreme Blue Rose miniseries, an exploration of comics metafiction unlike anything before it.

The metafication element of Supreme Blue Rose is not without precedent for the property or writer Warren Ellis. It could be argued that the creation of Supreme was a sort of accidental idiot genius meta-commentary via comics resident accidental idiot genius Rob Liefeld, who introduced the character way back in Youngblood #3. The title Youngblood was actually the first series to be published by Image Comics, and it opened up a whole new universe of what were basically analogues of Marvel & DC superheroes from Liefeld with Supreme working as analogue for Superman, the analogue of almost every superhero* Liefeld’s Supreme and the rest of his Extreme line of books are meta-commentaries on popular superheroes of the day without trying  or intending to be so. Say what you will about the creator, but he was basically making his own version of the superhero comics that were aping his style at Marvel & DC even though I doubt there was a lot of forethought going into that other than “LET’S MAKE THE SIZE OF THE (gun, sword, bicep or really anything besides feet) EXTREME.”
I’m not in any position to comment on Liefeld’s Supreme series when it was solely his vision, but by all accounts it was basically a mess. Supreme is a violently fundamentalist Christian angel of vengeance at one point, while in another he’s fighting Norse mythology, he fights in WWII and then he fights an alien race in space before he fights Norse mythology again, ect. At some point, writer Alan Moore is offered the opportunity to take over the title with the caveat that he can disregard everything that came before and tell his own story, and it’s here that the meta aspect becomes a central tenant of the title. In Moore’s debut on issue #41 of the series, the protagonist goes to an outer dimensional home to thousands of Supereme’s who are retired after they’ve been rebooted in continuity. It’s the beginning of what would be Moore’s magnum opus in the exploration of the Superman mythos, and by extension superhero comics in itself, for fifteen issues before the writer would further expand the meta focus of the Liefeldverse on the weird courtroom drama miniseries Judgment Day and the short lived reboots of Young Blood & Glory.
It was during the last two stints that Awesome Entertainment collapsed on itself and Moore retrofitted those ideas for creator owned work via his America’s Best Comics imprint. Around the same time as Awesome folded, Warren Ellis started his own meta commentary on the medium at ABC parent publisher Wildstorm on The Authority & Planetary. Both books are two sides of the same coin as they are both meta commentaries on superhero comics in different ways. The Authority was Ellis working with Bryan Hitch in retooling superhero comics to be widescreen and modern by shedding all the fat and focusing on what made the genre exciting with modern archetypes, whereas on Planetary, Ellis would team with artist John Cassady to go on an epic exploration of genre fiction with the caveat that Marvel was slowly destroying it since the inception of the Fantastic Four. It was on these works that Ellis established himself as one of comics’ greatest creators and never looked back. Fast forward some fifteen years later; Image has become comics’ best publisher, Liefeld rebooted his Extreme imprint to wild success by handing over the reigns to cutting edge creative talent, Warren Ellis returned to comics from a brief hiatus to create some of his most compelling work in years and all these variable coalesce on the deeply strange and esoteric Supreme Blue Rose miniseries, the next stage in the evolution of superhero metafiction.

Ellis would team with newcomer illustrator Tula Lotay to create a brilliantly challenging story about the metaphysics of continuity in the Supreme universe. The story is the science, and the discovery of that science is the plot as it’s an exploration of the physics of continuity reboots from the perspective of the characters inside the story. The natural confusion and wonder being experienced by the reader in this is meant to be an extension of what it feels like for the characters. Reality is fractured because it is rebooting and Blue Rose is meant to be a micro view of the world in between those moments. It’s why various Liefeld and Supreme characters are scattered all over from Dana Dane to Storybook Smith and none of them know what it happening. That’s the mystery that is unraveled via scientific exploration. It’s perhaps its strength or downfall that it cashes in on that aspect to create a story that asks the reader to buy into all that without giving a whole lot away, but that also makes the conclusion all the more satisfying. You get to figure it all out in real time as you’re reading the protagonist do the same. 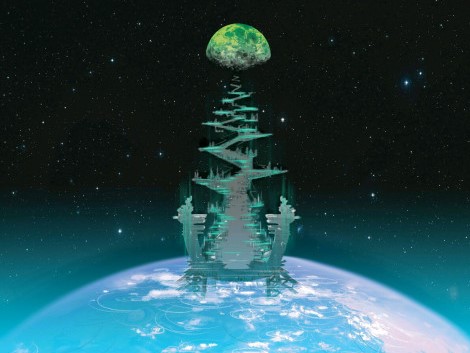 On the radiolabs podcast La Mencha Screwjob , the hosts explore the evolution of metafiction within the context of pro-wrestling before taking on the concept as a whole and tracing the style back to Don Quixote in 1605. In it, the hosts make a parallel for how the shifting parameters of reality’s perception in the post-Renaissance period helped shape the audience for Quixote at the time of its creation with how we have reconsidered our relationship to reality now. As modern science of the last two decades has further deconstructed the difference between conscious perception and actual reality we’ve seen popular fiction reflect that. In the show they use pro wrestling or the popularity of the sitcom Seinfeld, where a comedian named Jerry Seinfeld plays a comedian named Jerry Seinfeld making a tv show about making a tv show, as examples of how metafiction has become a popular trope in culture, which could easily extend to the success of Moore’s Supreme reboot or Ellis’s late 90’s to early 2000’s Wildstorm work.
In a lot of ways Blue Rose is a continuation of what Ellis did on Authority & Plannetary in imaging superhero tropes within the context of our own reality, but it’s pushing that concept to its limits. It’s one thing to make Superman & Batman gay lovers or the Fantastic Four fascists, but it’s another to have them explore the ramifications of a continuity reboot within the confines of their fictional universe from the perspective of its actors. It doesn’t always make sense because it shouldn’t; continuity reboots work from a business perspective but not necessarily for the fictional characters it’s happening to. In a lot of ways Supreme Blue Rose is a thought experiment extrapolated into a seven issue comics series, but because it’s coming from two master storytellers, it ends up being so much more. Supreme Blue Rose doesn’t tell a story, but rather it lets the reader experience it. And, like life itself, everybody is as confused about it as you are.