Frank Castle is a force of nature. Despite 3 box office failures; and comic runs all over the map in tone, reception, and sales, the character is desired for a live-action adaptation.

But there’s a problem with the Punisher. Not why he has not gotten any mainstream traction. The issue is more about his essence than his presentation. Is this really a character that we need in 2015 in any media?

Created in 1974 by Gerry Conway and Ross Andru, The Punisher debuted in Amazing Spider-Man 129. Frank Castle was a Vietnam veteran who lost his family to mob violence and as a result dedicated his life to the utter eradication of criminals. This was an era where Dirty Harry was a pop culture icon while crime and the approach to solving it was considerably more straightforward. Now, its 2015 and crime is a 1000 times more multidimensional.

Criminals now occupy all economic levels of society, from blue-collar to white collar to Wall Street. Racial minorities may turn to illegal activities not out of instinctual malice but out of necessity to survive in poor societal conditions. The punishment for crimes is often called into question as well, prison sentences are still the default but only succeed to insure when (and if) convicts leave to fall back on past mistakes and return to prison. The War on Drugs has lead to a drawn-out and fruitless conflict, failing in its ultimate goal to stop drug use and trafficking but also leading to men and women serving jail time that is disproportionate to the crime. Of particular concern is a lack to reform criminal behavior or even prevent it. Suffice to say, simply shooting someone in the head for committing a crime serves no great purpose.

Even disregarding the Punisher being a gun-toting vigilante who executes people without remorse or moderate consideration, his methods promote or at least re-enforce gun violence as an acceptable means to an end. Just looking back on this past year in America, there is unassailable evidence to the contrary.

We have enough problems with guns without a company at the forefront of movie entertainment, backed by a multibillion dollar conglomerate pushing a protagonist whose whole appeal is violently disposing of enemies with guns.

Violence begets more violence, see shows like Breaking Bad, Sons of Anarchy, or Game of Thrones for proof more palatable than actual history. The fact that Frank’s transformation to the Punisher is a result of the very violence he himself uses has never been discussed to my knowledge, but it is the only sensible way the character could be used responsibly. Still, I don’t see that happening as it would be a nuanced portrayal of a character whose appeal couldn’t be less so.

Marvel has a whole catalog of characters they can utilize, even discounting the X-verse and the FF. They don’t need the Punisher, and neither does America post 1982. 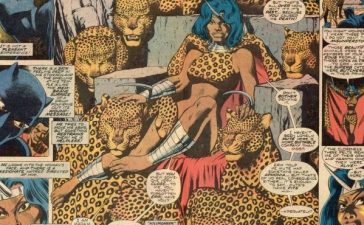