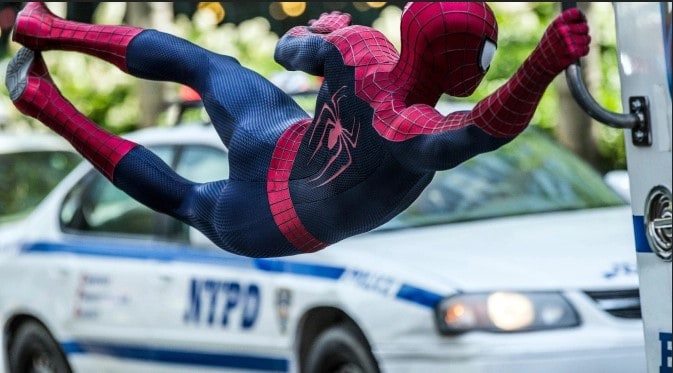 Is the Young Superhero a Bygone Concept? 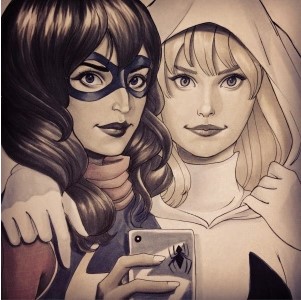 At the beginning of the Superhero genre, in 1939 until the introduction of the X-Men and Spider-Man, Superheroes were typically adult males. They had careers, homes, things that mark a person as a responsible adult. Within the many superhero films we’ve seen for the past decade and a half, barely a handful starred young heroes and instead focused on seasoned men fighting the good fight. This leads me to ask, are young heroes not in vogue now?

It should be no surprise that teen heroes haven’t made a strong presence in films, since superhero movies began with appropriately enough 1978’s Superman (Christopher Reeve Age 26), most of the superhero have been decidedly adult. Following Superman, we have Micheal Keaton (Age 38) as Batman, later Chris O’Donnell (Age 25) as Robin and Batman’s sidekick, then Wesley Snipes (Age 36) as Blade , the various aged actors in X-Men, adult superheroes were default. Even Tobey Maguire’s (Age 26) Spider-Man was only a teenager for maybe the first half-hour of his first movie. Spider-Man, one of the original teen heroes, spent most of his time on-screen as a young adult in college instead of Midtown High.

The decision to make superheroes grown in cinema could have to do with adult actors being more skilled at acting and thus have more credibility with studio executives financing a movie about a guy in tights saving the world. Or maybe its transplanting the superhero as an action star and needing a more wizened face in the role. Perhaps the targeted audience for those superhero films was adult (men) and so an adult was cast as the hero to appeal to them.

Where teen superheroes have been used predominantly, the results are mixed. X-Men First Class had a much younger main cast than the previous three, but the focus remained on the older (James McAvoy and Micheal Fassbender both Age 34) Charles Xavier and Eric Lensherr. Dave Lizewski (Aaron Taylor Johnson Age 20)  in Kick-Ass became a surprise hit, while the Spider-Man (Andrew Garfield Age 27) reboot to High School floundered and got put down. The attempted reboot for a young Fantastic Four has failed entirely and likely killed any hope of the property in the near future.

Aside from yet another Spider-Man movie set in High School, no immediate plans have been announced for a Teen Titans film, Batgirl, or even a third Kick-Ass.

Despite living in a culture that values youth and beauty to odd extremes, one of the most popular superheroes right now is one who has AC/DC in his playlist unironically. 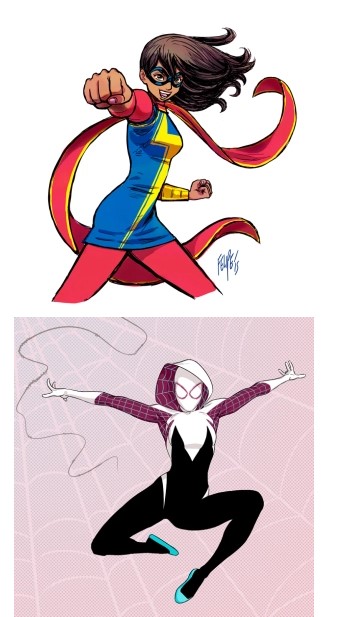 In the comics, the scale is sliding in the opposite direction. (Most) Characters have been de-aged, marriages have been erased and for the first time in a long time, new and young heroes have been created. Characters like Kamala Kahn, Miles Morales and Spider-Gwen have made a huge impact in the comic and mainstream consciousness. In point of fact, I’d say that the characters youth has been a major selling point in their appeal. It makes sense, most of the other heroes who have maintained a presence can only be de-aged so much and are usually just to a pre-set age that fit their original debut.

While Hollywood reboots tend to go young (and terrible), it’s interesting that most of the superhero castings tend to favor actors over 25 playing the roles and barely detailing them as teenagers. Even TV casting for heroes tends to fall 25 and older, to play characters who need to look young and attractive for years.

Does this represent a cultural shift to what we find attractive, a conscious recognition that fetishistic viewing of the young is more than borderline creepy and thus treating age with more respect? 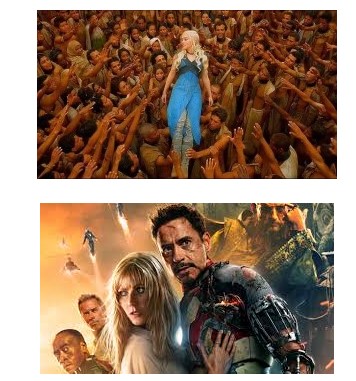 The comic books will always lean towards a youthful appearance for the characters, supposedly so they can remain viable for those millions of fans waiting to find out where a comic shop is. The real reason behind that is so comic readers, those die-hard fans who struck around through the good and the very bad, can feel young again like they did when they started reading. The characters may age a little in step with the readers, but they won’t drift too far to grey hairs and pouch bellies. Steve Rogers is an obvious exception right now, he’ll be an Aryan god again don’t worry.

Meanwhile, at the Movies, I can’t help but wonder how people view these Superheroes played by men and women approaching 30. Will we see any teenagers on the screen, or is 25 the new 18 for superheroes? 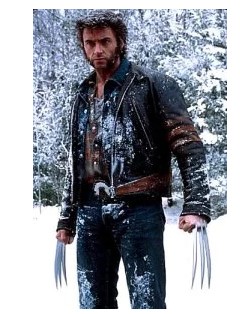