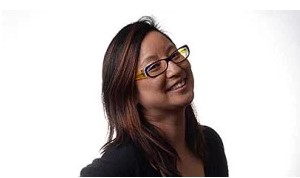 On Sunday I spoke with writer Amy Chu about her plans for the upcoming Poison Ivy: Cycles of Life and Death limited series. I had been intrigued by her comments regarding the series at the previous day’s Bat-Universe panel. Chu explained that she  wanted to free Pamela from the rut of psychopathy into which so many of the Bat-Villains fall. Chu prefers to highlight other aspects of Pamela’s personality. For her, Poison Ivy is not a deranged killer. She cares about others in her life. She is also a skillful scientist, a facet which often gets lost in the shuffle. Indeed, Chu feels that she has a large amount of freedom to re-frame Pamela’s story, as this is the character’s first ever solo series. Despite nearly five decades of existence, there is much about Poison Ivy which remains unexplored. As Chu herself put it “you both know her and you don’t.”

As a fan of the character, who has been disappointed by many of her recent uses, I find this approach very encouraging. Poison Ivy could definitely use a bit of freshening. I asked Chu if she would be addressing environmental issues in the book and she replied that she was actually the only writer who did not pitch an Eco-terorism narrative to DC. Instead, readers will be getting something different: a murder mystery.

Finally, we agreed that we were both frustrated with the trend of so

many Batman’s villains over the years being phased into raving lunatics. Yes, I enjoy a good Joker or Two-Face story as much as the next fan, but when every single member of The Caped Crusader’s Rogue’s Gallery possesses the same traits, it takes away from what made The Clown Prince stand-out in the first place. In my opinion, the biggest stumble of Scott Snyder’s Batman run was ret-conning Mr. Freeze’s origin. In place of a tragic, romantic figure readers now get, yep, another delusional maniac who has been off-kilter since childhood. Yawn.

Previously, Cycles of Life and Death had been on my maybe list, but after this weekend, it has shot up in priority.