What happened to the Ultimate Universe? 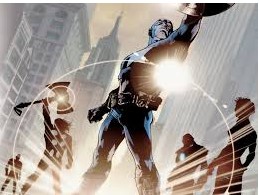 Before the year ends and begins anew, I wanted to take a final look at what was once Marvel’s most innovative segment and a personal favorite of mine early in my comic collecting, The Ultimate Universe.
It used to be Marvel’s best line of books, a wellspring of creativity and constant sales. So why did it disappear? 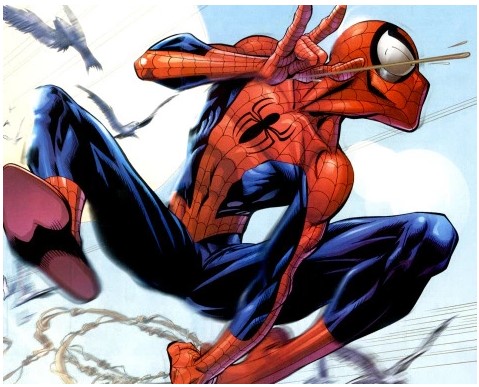 When I was asking my LCS owner about the Ultimate Universe, he described as a place where creators with so many wonderful ideas for beloved characters could finally have a chance to make them. While I think that sounds incredibly selfish and narrow-thinking, it’s not a bad assessment.
By the end of the 90s, Marvel had been part of the comics bubble burst and gone through several business owners. It was a time when comics had gone creatively stagnant, and the world would soon become more political and uncertain. These conditions would prove to be the catalyst for the Ultimate Imprint.
Two creators come to Marvel ready to prove themselves, Brian Micheal Bendis and Mark Millar. Marvel lets them carve out their own corner to play in, which would reinterpret their iconic characters in a modern context. The Avengers, the Fantastic Four, the Hulk, Iron Man, Spider-Man, the X-Men, all of them reintroduced to a new generation of readers without being hampered by over fifty years of continuity. 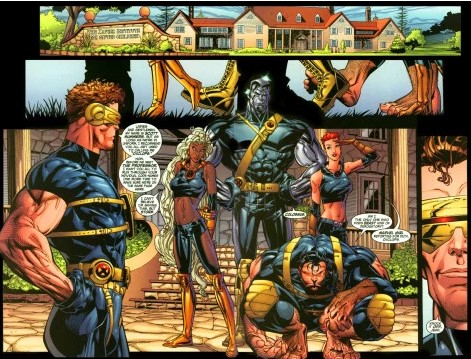 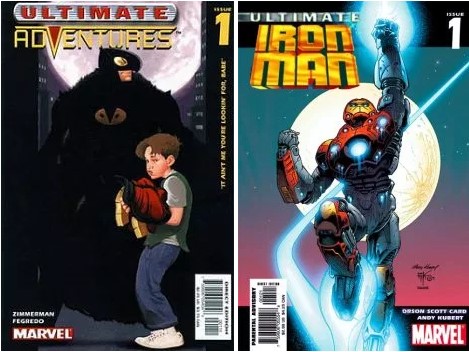 The Ultimate line did a good job of updating Marvel’s characters and at first it was a great success. Once Mark Millar split, there wasn’t much oversight in keeping everything rolling smoothly. USM was doing fine, with the same creative team confidently moving issues. Series like UXM, UFF, even the Ultimates, needed a more stable vision for their own survival. So what does Marvel try to do? Kill off the Ultimate Universe. 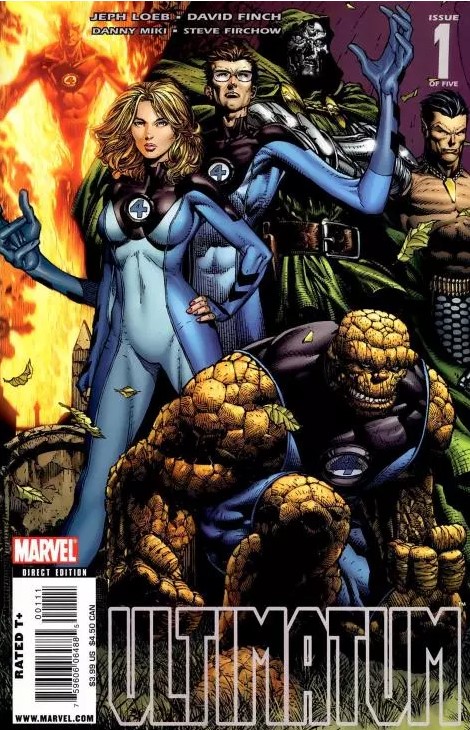 Ultimatum was a giant steaming pile of what goes wrong in comics all the time, where neither the creative team or editorial can put one foot in front of the other and the product suffers. Jeph Loeb in particular, did some of his worst work in the Ultimate line. The most depressing part of Ultimatum was how little it mattered in the context of story, but it would matter plenty to fans in the future. It seemed to be the end of Peter Parker in the Ultimate Universe, but that was a fake-out. Matt Murdock, Janet Van Dyne, Wolverine, they all died but even that wasn’t handled well. And so Marvel tried bringing back the Ultimate line with Ultimate Comics! 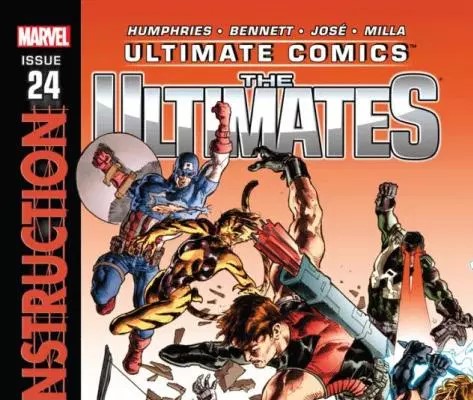 I’ll say it right here, this was a dumb idea. Marvel literally does this like clockwork with all their books now, but this was sort of the prototype of that model. The Ultimate Comics rebrand would be a “rebirth” for the series that were once hits, with new exciting characters and bold directions. There would be a new Wolverine, a second Ultimates team, Reed Richards as the new Doctor Doom. A secondary function of the new Ultimate line would be to test out new creators like Jonathan Hickman, to see if they would be able to handle the bigger titles in the 616. Marvel would quickly move these creators into the 616 because they did so well, which only diminished the Ultimate Comics further.  Not all of it was bad though… 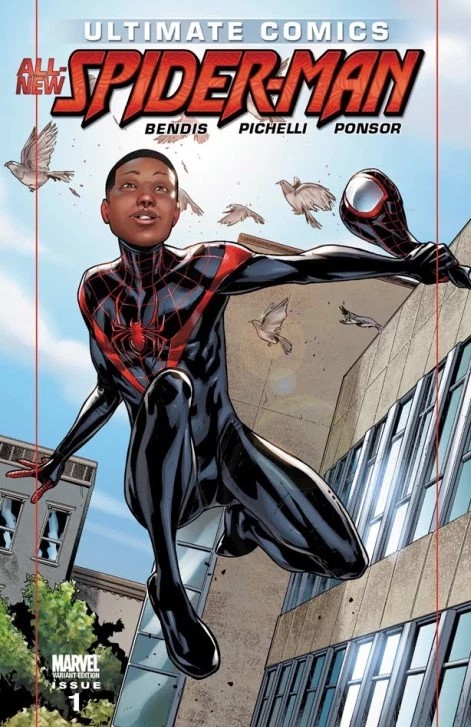 The decision to make a young, multi-ethnic teenager as this generation’s Spider-Man was long overdue, to say the least. Issues of diversity and representation became something that couldn’t be ignored in 2012 and Miles Morales as Spider-Man undeniably struck a cord with readers while showing Marvel’s willingness to push themselves in the comics world. Aside from his creation though, I think the Ultimate line was on its last legs and readers felt that as well. I lost track of how often people said “Marvel is ending the Ultimate Universe” or when it started, but Marvel never presented a strong counter-argument aside from Miles. Ultimate Comics FF was canceled, All-New Ultimates didn’t take off and the X-Men languished under too many disappointing story-lines to ever be saved. I believe at one point, Ultimate Comics Spider-Man was the only ongoing title left in the Ultimate Imprint.
Three things killed the Ultimate Universe: 1) Lack of guidance. After Bendis proved his writing chops and began branching out in the 616, suddenly the Main Universe became much more interesting. The Avengers were suddenly a multi-format epic, Daredevil was an engrossing fan favorite, the X-Men in the 616 expanded even more; in short so much was happening in the 616 that attention was diverted to that which leads to my second point. 2) Marvel didn’t really need the Ultimate line any more. The Ultimate line was meant to be a new reader friendly, modern offering to entice new readers to the Mighty Marvel Manner. After the 90s had decimated the 616, Marvel needed something new and exciting to recover. When the 616 was healthy again, the Ultimate line lost its purpose and Marvel kept trying on new plans without commitment because the stakes weren’t high at this point. Marvel was on top with or without it. 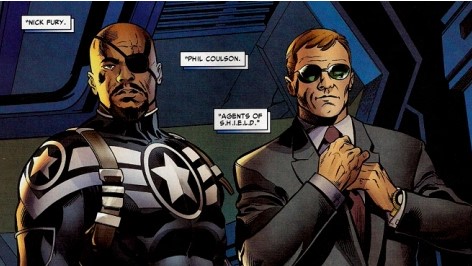 The final problem for the Ultimate Universe was one from its very inception, 3) Lack of Diversity. In all fairness, in 2000-2001 you could be forgiven for a Universe that was 99.99% white and male because this was the standard (it almost still is). That doesn’t mean it was right, it just means that people weren’t cognizant of the problems that thinking causes. Restarting the Marvel Universe that was conceived of in the 1960s entirely fresh for the modern era would’ve been a perfect opportunity for a half-black, half-hispanic Spider-Man, an X-Men composed of more females than males, a Fantastic Four that wasn’t all White. It could’ve been done that way, and I can’t say for sure that Bendis and Millar tried to get it done. However, just giving the 616 Universe a face-lift isn’t the revelation editors thought it was. The characters already exist in their traditional fashion, so making readers care about reinventing them should involve reinventing them. 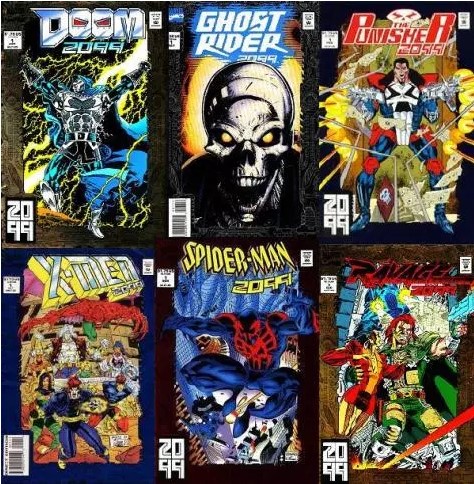 Marvel 2099 is a perfect example, it featured a multi-ethnic Spider-Man and Ghost Rider, as well as new concepts to fit them. Ghost Rider 2099 was a cyborg with the mind of a hacker battling corrupt corporations. Yes it “failed”, each one of Marvel’s imprints has. I often wish Marvel would try to revive it, as many of its themes resonate even more today.

Back to the Ultimate Universe, it’s inevitable end doesn’t make its absence any more palatable. It was and is still a good idea because the Ultimate Universe gave readers many great stories and concepts that we’re seeing expanded in the Marvel Cinematic Universe and even the Disney cartoons to an extent. Resurrecting it would be a tricky challenge, because we’ve seen what happens when Marvel gives half-hearted attempts to bring it back. It would have to be a considered and genuine effort to improve on what came before. However, with the 616 on solid footing with diverse offerings that are accessible and appealing to new readers there is no real need for the Ultimate line. Even Miles Morales has been granted entry into the 616 Universe and so that is one asset that a new Ultimate line may not have.

I’m confident in seeing the Ultimate Universe again. Its interpretation of Marvel’s biggest characters, its portrayal of the Military-Industrial complex being the focus of superhuman creation and conflict and the way it dealt with young people trying to balance life and heroism are evergreen concepts. If and when Marvel needs it again, the Ultimate Universe is right there waiting… 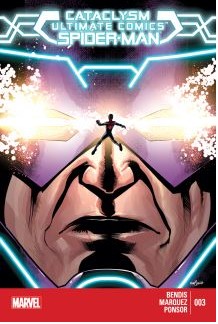