This year, having an impressive slate of Comic Book Films, also has the most movies based on Video Games in recent memory. Why is that? The track record for Video Game movies is, quite frankly, terrible. They disappoint fans, critics, even box office expectations. So why does Hollywood keep making them, and why do they continue to fail?

Video Games, almost as much as Comics, are an interactive medium. While comics require you to imagine voices, sounds, and string together the movements of characters, all of this is already done for you but with the added benefit of controlling the character(s) directly. If comic books are treated as storyboards to studio executives, video games should be test footage, everything for a movie, from film score to character designs, is already established. The most crucial part that studios, directors, even writers ironically, bungle is the story. Translating video games to film automatically takes away the main draw of interactivity, so translating faithfully becomes paramount and that includes respecting the story that kept gamers enraptured for hours on end. Without a story, you’re left with at best a pretty but soulless viewing experience.

There’s this instinct studios have to downplay fantastical elements for mass appeal despite all prior evidence that it works, and so we see our favorite franchises whittled down until they’re more realistic, less violent and by extension less exciting. In fairness, there’s things you can do in video games that you can’t really do anywhere else. Very few though have a story too complex or unworkable as a film.

In my eyes, the most successful (not profitable, but successful) video game movie is 1995’s Mortal Kombat. Taking cues from what is one of the most popular and violent fighting game franchises, it nonetheless tells an engaging story with characters who closely resemble their digital inspiration. They even used the same music! No other movie has done as well as Mortal Kombat at recreating a video game for the silver screen. Of course the sequel is utter garbage on every level, but that’s not the source material’s fault. The sequel tried too hard to be the game’s and ended up poorly imitating them.

What others will likely put to as the best video game movie, is 2001’s Lara Croft: Tomb Raider and its hard to argue against it. I’m not personally a fan of the series, but as a movie its well constructed. Again though, the sequel is pretty bad. I guess its easy not to screw up once, even harder to do it twice. Hollywood eventually put it behind them, much like the star Angelina Jolie did.

The Resident Evil movies, based on the popular survival horror zombie games, have found perplexing longevity despite becoming progressively worse. They started off decently enough, but soon became overwrought and underwritten Sci-Fi C-movies. Not B, C. They’re that bad, so much so that they don’t even resemble the thing that they’re based on.

Does that mean that VGMs can actually work? Only if you want to argue the Twilight series made vampires cool again, its almost the same phenomenon.

This year is probably the biggest year for Video Game Movies, not just because of the number but also what franchises they’re adapting. Angry Birds, Warcraft, Ratchet and Clank, and Assassin’s Creed are in their own ways some of the biggest video games in recent history. Angry Birds was once the most popular mobile game and the forerunner to the ones that exist now, despite seemingly falling out of existence. World of Warcraft remains the king of Massive Multiplayer Online games, becoming the addiction of millions of loyal fans. Ratchet and Clank was a favorite series for games on the PS2 for its humor and inventive puerile armaments. The less said about the movie, the better. For a time, the IT game and most probably IP for adaptation was Halo but due to its tricky subject matter (religion fanaticism, galactic extinction, outer space setting, and lack of physical female presence)  that title went to Assassin’s Creed. Based on a centuries long war between the Knight’s Templar and a secretive assassin’s guild, the story is set in the past and future by the protagonist accessing their ancestor’s memories through a VR simulation. Many have said Warcraft was the make it or break it Video Game Movies (the film currently rests at $379 million in box office but needs $450 to break even) but I have to say its Assassin’s Creed. 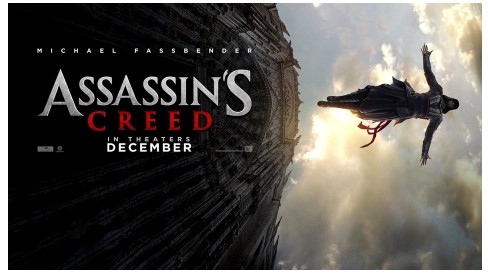 It could be a flop, the next Tomb Raider (a surprising but faithful enough adaptation that spawns a weak sequel) or it could be the movie that finally shows how to do Video Game Movies right. Financially, Angry Birds is a modest success with its small budget but critically is unimpressive so its hard to predict what impact it will have if any on the genre. Assassin’s Creed has one of Hollywood’s strongest leading men and a wide breadth of material to cover, although accusations of white-washing would not be untoward (the games usually feature characters of more diverse backgrounds). If Assassins Creed can’t pull it off, I struggle to think of a movie that can be a faithful adaption, please fans and audiences, and earn a profit at the same time.

By most accounts, Hollywood should give up on making Video Game Movies. The majority are outright failures, a few make some average profits, but that hardly justifies all the attempts. Even Disney couldn’t make Prince of Persia into a cinematic franchise, instead its one of the worst live-action films Disney has produced after The Lone Ranger. However, gaming is possibly bigger than its ever been and Hollywood is digging deep trying to find gold anywhere it can.

If they can stop butchering beloved IP’s stories while putting them on film, they likely would find gold in adapting video games.