Review of The Tick Pilot

Ah, The Tick. For a character first created thirty years ago by Ben Edlund as a newsletter mascot for a comic book store, he has had a quite a career. Darling of independent comics, star of an animated series which ran for three seasons, followed by a live-action version which was on for, well, a less impressive amount of time. Still both series gained The Tick a devoted a cult audience that included non-comic book fans. Last week, The Tick returned to television screens once again as part of Amazon’s latest pilot season. Debuting alongside acclaimed writer/director Jill Soloway’s new project and whatever the hell that Jean-Claude Van Damme series is, The Tick is one of three new shows that the streaming service is considering for full season orders. In accordance to their usual practice they are letting viewers watch and give feedback on the various pilots. Should Amazon order more of The Tick? Based on the pilot, there is a fair amount of potential for the show going forward.

The show opens with The Tick’s booming voice welcoming viewers to a prologue entitled “The Dawn of the Age of Superheroes.” This consists of some funky, flaming hunk of space debris crashing into the Tunguska River area in June 1908. While the sequence offers up some pretty smooth production values, it is played mostly for laughs, as two locals witness the historic event. Their main reaction is a deadpan observation about their sheep now being on fire. And that’s it for the prologue. Presumably it is seeding something that the will be revisited later in the series (if that happens).

What is immediately striking about the scene though, is how well it sets the tone for the rest of the episode. This version of The Tick has the slick production values and dramatic lighting that fans associate with Netflix superheroes Daredevil and Jessica Jones. There are serious themes regarding trauma and obsession. However, writer Edlund and director Wally Pfister use such backdrops to heighten the absurdity of their hero. Imagine how it would feel if The Tick suddenly strode into one of Daredevil and Punisher’s high-tension rooftop debates and fans have a good idea of what to expect from the pilot. It turns out to be a smart choice, allowing the creators to demonstrate how this Tick is different from the 90s live action iteration. The 90s program was very much a product of its day: a show about nothing, ala Seinfeld, only it was superheroes doing nothing. And on those terms, it was pretty hilarious. The Amazon show knows better than to try and recreate that dynamic, instead going for a straight-faced satire of the dark and gritty ambiance of those Marvel crime fighters over on Netflix.

For this approach, they could not have found a better actor than Peter Serafinowicz, one of the best straight men working in comedy today. Serafinowicz’s long list of credits include Shaun of the Dead, various guest appearances on Archer, voicing Darth Maul and being totally wasted in Guardians of the Galaxy (he was the tall sardonic Nova guy often standing in the background). His greatest showcase, though, was the brilliant British comedy series Look around You. With such a background, Serafinowiczis a natural fit for The Tick, giving off an imposing presence while reciting the most utterly ridiculous pompous dialogue. His best touch, though, is a bit in Arthur’s apartment where he keeps grabbing at random objects hoping they activate a secret passageway. Serafinowicz sells all these loopy characteristics while also convincing the viewer the hero believes every word of it.

That said, The Tick is not the center of the pilot’s narrative. That role is filled by future sidekick Arthur. The story follows Arthur as he traces his obsession with the supervillain menace The Terror. The Terror is largely believed dead, yet, Arthur thinks otherwise. Edlund gives Arthur a tragic backstory involving The Terror to explain the character’s preoccupation, which like the show in general does a good job of balancing the line between wacky and somber. The Terror himself is a mix of dastardly and outlandish, which provides Jackie Earl Haley some flexibility with the creepy, deranged typecast roles he has been struck with ever since Little Children. Arthur himself is well played by Griffin Newman. In a way, despite all his medications, Arthur is the sane voice in the series, the regular looking guy just trying to do what he thinks is right. Of course, that could change once he suits up in moth armor and joins The Tick on the rooftops. Still, Newman makes him an appealing audience surrogate, naturally selling his transition into super heroics.

As stated above, the pilot has the high production values which fans increasingly expect from a television series. The pilot does not contain much in the way of action sequences, however, those that are shown are easily to follow. Any scene without The Tick or The Terror could easily be mistaken for the latest prestige drama. Before moving into directing, Pfister was one of the best cinematographers working (he shot all three of Christopher Nolan’s Batman movies, getting Oscar nominations for the first two and then winning one for Nolan’s Inception). His strong visual sense serves him well here.

Overall, this is an enjoyable pilot, which should leave fans wishing for more. 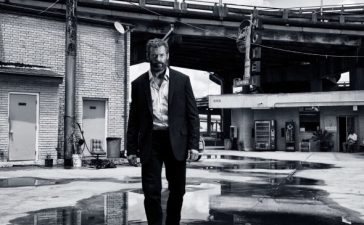