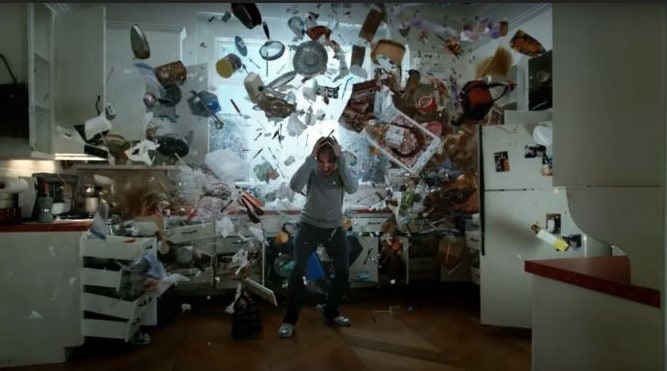 The newest comic book show produced courtesy of the FX Network and Fargo showrunner Noah Hawley is a triumph. A kaleidoscope of amazing wrapped in translucent tin foil. Dare I say it, it’s the best X-Men thing ever…

The prospect of a TV show centered on the X-Men characters or set within Fox Studios cinematic universe seemed like a mixed bag. If any Marvel character(s) could easily jump into the small screen, it would be the mutant heroes of Marvel comics. On the other hand, the X-Men films have been various successes and disappointments that almost never seem to capture the scope and depth of the comics.

Within moments, Legion sets itself as a new entity with several identities. It’s character-centric, slowly paced with heart-pounding payoff and feels unlike any other comic book show on the air. You’d think I wouldn’t be able to say that with almost a dozen shows, but it’s true.

Legion follows a man named David Haller, who suffers from constant psychological stress from hearing voices and struggles to tell reality from delusion. He spends most of the pilot in a mental institution, wishing to be able to leave and regain some control over his life. He describes his time there as day 243 as a passenger, telling how he feels like he’s drifted through his life without being able to determine  anything for himself because of his illness. Things change when a woman named Sydney Barrett comes to Clockworks, the mental hospital David resides at, and she brings David some much needed enthusiasm. The two have a palpable chemistry, despite Sydney being unwilling to physically touch David or anyone else.

Meanwhile, David is also being questioned by a strange man trying to learn of the incident and if David is actually crazy.

Fans of Fargo that eagerly awaited Noah Hawley’s newest project will not be disappointed. The camera work, musical score, acting; it is sublime and equals the quality that both seasons of Fargo established. Even the wardrobe and set design look like comic art, such as a sweet scene between David and Sydney cast mostly in blue and yellow light. 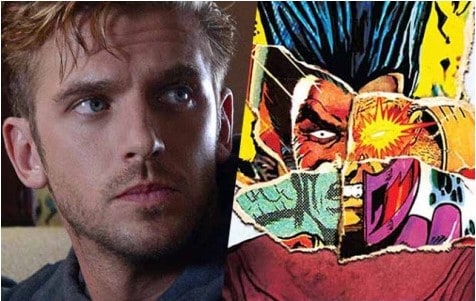 Dan Stevens’ take on David Haller is a confused but endearing man who only wants a life without monotony and medication. He’s aware of his mental issues, but unable to fully comprehend the consequences of his actions. Aubrey Plaza costars as David’s friend Lenny, a sarcastic young woman under no illusions about her station in life. Lenny is thankfully unlike many of Plaza’s other roles, allowing her some range and off-kilter humor. She acts as David’s jiminy cricket, teasing him when he makes bad decisions but also trying to warn him of danger. Hamish Linklater has a brief role as the interrogator, the man who questions David about his life and tests his abilities. Linklater gives a measured performance, moving from cautiously curious to stern and impatient when David can’t or won’t give him the answers he wants. His bravery in pushing David cannot be understated, his underlings keep one hand on their triggers every time David flinches.

The show gives a thoughtful take on mental health, where the people suffering from it have almost a childlike sensibility about their condition. They either ignore it, or sullenly acknowledge it and fixate on certain distractions. Lenny for instance, is obsessed with music and candy. The “squares” regard them with anxiety, doubt, or a detached manner trying to exploit them. It’s a tiny thing, but is leaps and bounds away from the PTSD that many shows and movies relies on for drama.

At this point, Legion isn’t so much a superhero show as a mystery drama centering on people with super powers. It’s not unlike NBC’s Heroes in that respect, however it seems to be of a much better quality. It’s built on the characters themselves instead of what they can do. We see short moments of David’s power, and what this version of mutants can do, but the show doesn’t waste money trying repeatedly to be flash over substance. Oddly, all the usual names are in the credits after Hawley, even Bryan Singer, Simon Kinberg and Lauren Shuler Donner who heavily control the X-Men films. Obviously the show is several degrees removed from the films, so why the film’s producers are consulting on the TV show doesn’t make sense to me. There’s no real need for consistency if the show isn’t even in the same universe as the films and Hawley is clearly telling his own story. Regardless, the end result is a thing of beauty, giving us an adaptation of the comics that is more satisfying than black leather suits and the odd monologue on evolution. We’re going to see David grow and develop, something that’s constantly lacking in the X-films for most of the cast.

It’s an exciting time for comic fans when almost every day of the week has a comic book show airing, and not just for one genre or company. With a show like Legion adding to the mix, it’s a challenge for the previous shows to step up as well as a new standard for what can be done on a TV budget and based on Marvel comics.

Legion is a dream realized and I’m eager to see where it goes on from here.