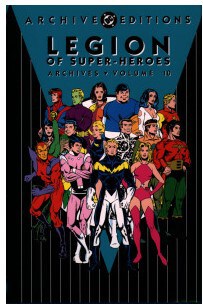 “Why I love the Legion of Super-Heroes”

Created in 1958 by Otto Binder and Al Plastino, the Legion has been an enduring branch of the Superman family. The Legion was a group of futuristic time travelers who visited Superboy (the adolescent Superman,  not the modern boy of steel Connor Kent) and brought him to the 30th century to see how his legacy would impact the Earth. But this isn’t a history lesson, it’s about me!

I didn’t always love the Legion, in fact I kind of hated them. I saw them as boring knockoffs from the Man of Steel. “Each member has one power? LAAAMEEE!”,” Oh, they are all in this little happy club and aliens”. This was all stuff I thought for years, up until 5-7 months ago. What changed? Well, for one a certain writer you may have heard of (MARK WAID) actually wrote the LOSH years ago and is a huge self-professed fan of the characters. So given all the works by Mr.Waid I’ve enjoyed (“Kingdom Come”, “Superman:Birthright”, and “Daredevil”) I decided to give his run a fair shake.

I started with the earliest book of his I could find, co-written by Tom Peyer “Legion of Superheroes:The Beginning of Tomorrow”. Pretty rough, but I knew it was a good preparation for his Threeboot run on the title with Barry Kitson.

I really enjoyed Waid’s run; I would compare it to Marvel’s Ultimate line where familiar characters are updated and revamped to be more modern. The run is full of interesting tweaks on the characters; Cosmic Boy carries the weight of the Legion on his shoulders (and many think the pressure is getting to him), Brainiaic 5 manipulates everyone behind the scenes, Invisible Kid is the young rookie often being overlooked, etc. This pretty much cliched it for me, Waid took everything old and made it new again and infused the series with a mix of action and humor.  Which made me go back and revisit a show I’d written off as being too silly; “Legion of Superheroes”… 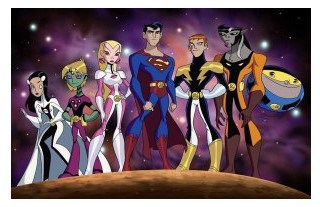 I love this show, I tore through the first season in three days.  I’m still trying to find a way to watch the second season, which seems pretty impossible right now. Nonetheless, this is a clean and accessible introduction to the Legion and a pretty solid comic book cartoon from James Tucker (a common cohort of Bruce Timm and the DCAU).

After reading and watching all of this, I came to recognize and appreciate several things about the Legion. 1, They’re about optimism, and right now that’s something I desperately crave. The Legion operates on the premise that They can make today, and by extension tomorrow, better. They have this youthful exuberance and zest for adventure that many other characters seem to have outgrown. 2, The Legion is all about Science Fiction; a lifelong love of mine. 3, They’re easier to get into than the X-Men. Look, I like the X-Men but aside from the first 2 movies (and maybe those don’t even count anymore) I can’t muster enough attention to care anymore. The comics are so dense (Who’s from the future? Who has an evil twin? Are those two related?), and the cartoons and movies don’t seem to really push the concept further aside from “Wolverine and the X-Men” (I may have to rewatch “X-Men:Evolution” and confirm that). The X-Men almost never seem to make things better in the world around them and things just seem to happen. Magneto is usually the villain (because he just can’t get along), Sentinels keep coming, the X-Men go to space or time-travel if things are getting boring.  Maybe I’ve just outgrown the angsty, “everyone and anyone could be a mutant” outsider bent. I don’t begrudge the X-Men or any of their fans, but it doesn’t interest me anymore. I want to believe in a better tomorrow, that the young are ready to step up, that things will get better; and the Legion makes me believe that by showing me young (oddly overwhelmingly looking human) aliens who have powers and volunteer to use them because it will help others. That, is why I love the Legion of Super-Heroes.

Now, in my “Gone Too Soon” series recent vote; the LOSH took the top place for me to cover. So to prepare for that I’ve bought all three of Paul Levtiz’s pre-New 52 tpbs and the entire New 52 series also written by him. A common criticism of Levitz’s New 52 run is how dense and inaccessable it was, so seeing a challenge I went ahead and tried to get as caught up as possible to give the best review I can of the LOSH 2007-2011. There’s more in there besides Levitz’s run but I’ll go into that later.

Next time; “Gone Too Soon:Legion of Super-Heroes”! It will probably be a long one… 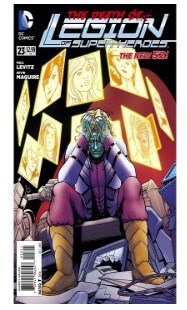