Black Power! Or Does Namor have to be White?

As I was reading a newly discovered “Namor, the Sub-mariner” mini; I reflected on my hopes for a Namor movie. What would it need? A strong actor, a conflicted up-bringing, intriguing interpretation of Atlantis, maybe some socio-political commentary. Oh, and why couldn’t Namor be Black?

This isn’t meant to be “Where are all the Black heroes?! Why aren’t there any Black hero movies? Marvel/DC/Sony/Fox is racist! When are we going to see a Black hero movie?”, although I think that viewpoint is justifiable. No, this is meant to ask honestly and simply, “Can Namor be portrayed as not-white, and will Avengers have a Black member?”. 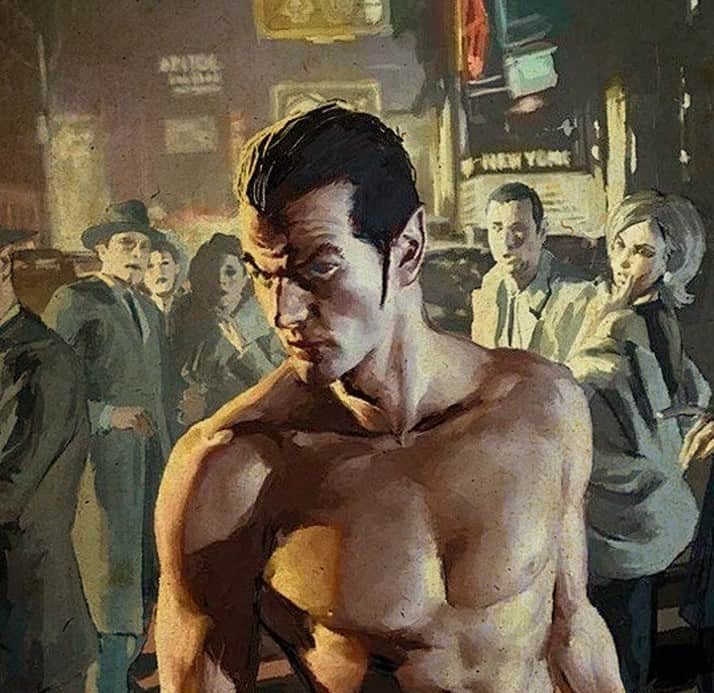 Obviously, Namor is a white guy in the comics. Like, no question he looks like the whitest dude ever. I love the character though, he is literally one of the oldest Marvel characters and is in my opinion one of the most interesting. Sometimes he is a “bad guy” and sometimes he is a “good guy”; but to him these are just labels. Namor is Namor, nothing more. He does what he thinks is best for him and/or Atlantis and doesn’t care what others think. He’s been a part of the Illuminati and the Cabal; he’s sat next to Iron Man and Doctor Doom for similar occasions. He is ruler of Atlantis, has super-strength and flight, commands an army of troops and is never crossed lightly. Does any of that sound like Namor can only be Caucasian?

It’s fiction; Namor can be White, Black, Native-American, Hispanic, or Asian. Frankly it would make more sense if he were Blue, which is also a possible pigment choice. You could write his origin to fit whatever choices are made, but the comics only consistent thread is that one of his parents was human (his father) and the other Atlantian (his mother). So does it run counter to that if his human parent is non-white?

In my mind, it doesn’t. Here is why I ask these questions:

So what do we have here? 6 white characters (two of whom fit the Aryan ideal), one woman, and one black character who is…Does Nick Fury count as an Avenger? He pretty much puts the team together and walks away. In the sequel we’re getting two more additions to the team that are both white, but one is female. So 2/8 of the team are female, which counts for diversity in one way. In another way, there is a problem of the slogan “Earth’s Mightiest Heroes” and all of them are white. In fairness, Marvel is producing a Luke Cage tv series that for some unknown travesty will not star Terry Crews.

“What about Helmdall and War Machine?”. Exactly, what about them? Helmdall is a doorman for Asgard, and Rhodey doesn’t seem to have much prospect of joining the Avengers. Black Panther could, if he ever gets a movie. Which I would admit would be a challenge to do if Marvel didn’t just astound the world with Guardians of the Galaxy, announce a Dr. Strange movie and proceed with a Ant-Man movie sans Edgar Wright. Compared to all THAT, is Black Panther that much of a hurdle to overcome?

Going back to my original question, we’re seeing a small step of race-changing characters with Fox’s Fantastic Four reboot. When I heard that Micheal B. Jordon was cast as Johnny Storm/Human Torch, I thought it was perfect casting. When I heard that Invisible Woman would be white I was pretty disappointed since that would imply that she and Johnny are not blood siblings, and that the most powerful member of the FF would not be a female African-American. Imagine that and seeing half of a super-hero team star Black characters. This also leaves the possibility that Johnny Storm may be a token Black teammate ( if that; remember Angel, Darwin, and Bishop from the X-Men films?). That remains to be seen if it will happen, but I think it remains a possibility all the same. (Side-note, Super excited for Jaime Bell as Ben Grimm).

As far as I know, Marvel doesn’t own the 100% of the film rights to Namor which makes it unlikely he will appear in their films. If he did, it would be nice if they went outside the box for casting him. It won’t be the end of the world if a Zachary Quinto or a Tyler Hoechilin is cast to portray Namor. Of course I would be happy to get a Namor movie, PERIOD. It wouldn’t bother me at all if Namor was White. Marvel movies could do with some more diversity; say what you want about WB’s Justice League line-up but it includes an Israeli Wonder Woman in Gal Gadot, Jason Momoa as a partial Hawaiian Aquaman, Ray Fisher as Cyborg, and the Justice League looks alot more inclusive. Not that any of that is proof of quality, but representation is always nice.