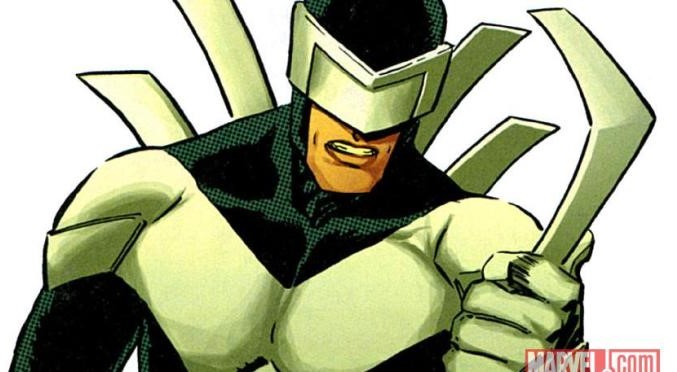 Where Is This Guy, Right? 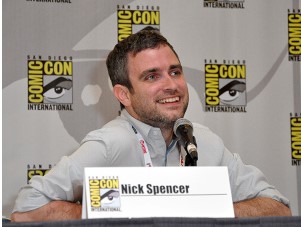 This guy, right? A good looking man sure but what gives? He stops writing the most twisted f***ed up book I have ever read, called Bedlam. This is understandable though. That Madder Redder or whatever his name was killed a lot of people but he had no brains and no class. Plus there is no way he could handle the ladies like I can. It makes sense, Nick stops writing Madder so that he can spend more time with me the true menacing villain, the brains behind every double cross that is actually a triple cross. The one who put the Sin in Sinister Six. That’s right! The one, the only Boomerang! 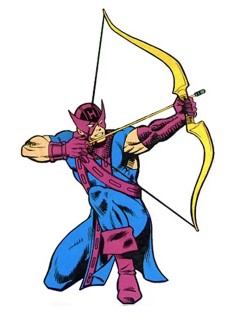 No no no! Who is editing this thing? That is Hawkeye. I’m Boomerang! Totally different guy. I’m this guy.

See we look nothing alike. I don’t know what kind of idiots keep getting us confused. I never liked that costume, that’s why I changed it. Not because I looked like Hawkeye, okay? I changed it because I didn’t like it. This one is my Tinder profile pic, what do you think? 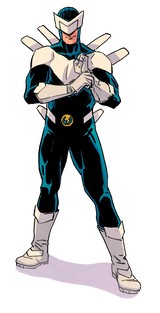 The ladies love that pic. If you are a lady reading this, first off what are you doing these guys are nerds. Get off of this website and go swipe me on Tinder. I bet Clint doesn’t have half as many Tinder matches as I have. Okay so you are probably a little confused right now. Let me fill in those gaps (seriously ladies 😉 ). This is my first week off since my book ended. I’m bored. Being a professional baseball pitcher wasn’t everything I thought it would be. Not enough lying and deceiving for me. Plus I really miss throwing something and having it come back. Throwing a baseball and having it get swatted over a fence 400 feet away is just degrading, who would ever want to be subjected to that kind of disappointment. Did I get off track again? S***. Alright lets try to clear this up.

I’m sitting at home bored to tears so I fire up my MacBook and waste some time on the internet. After the obvious 5 sites Facebook, Instagram, Gmail, PornOnTheCob and Youtube I run out of things to look at. So I did what any self respecting person does. I googled the thing I’m most famous for, Superior Foes of Spider-Man. What do I find? This cool little site about comics (Nerd alert). You have this writer on here TheOneWhoKnocks who by the way does not look badass enough to claim that name. Anyways looks like he enjoys my book, that’s right you heard me my book. When Tom Cruise comes out with a new movie you say, “Hey have you seen that new Tom Cruise movie?” Same with comics. “Hey have you read that new Boomerang book?” I can’t tell you how many times I heard that on the street. I’m kinda a big deal. So this Mr. Knocks over here really enjoys MY book. Also I stumble upon a post where he bows at the feet of Nick Spencer. I mean Nick is a great guy and all, we are pretty tight but lets be honest I do most of the work in that book. 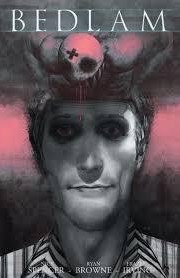 Since we are getting pretty close to Halloween I decided read Bedlam Volume 2. I have to say I don’t know what Nick sees in this Madder Red guy. He is insane. Why would I want to get inside the head of a mass serial killer. That just sounds like something a woman would want to do. The ultimate fixer upper you know? How proud would a woman feel that she turned Madder Red from a murderous maniac into a polite boyfriend? Girls love projects. That is why sometimes I come off as a bit pathetic. It is all an act for the ladies. I reach the end of this Bedlam volume (which by the way is actually extremely good and is a perfect Halloween read) and it doesn’t conclude like MY series did. So why isn’t Nick writing anymore Bedlam. He stops writing Bedlam a fantastic horror book. He stops giving me page space to be f***ing awesome. I heard of three new Image series he was coming out with. Where are those books? Nowhere to be seen. I haven’t even heard of a release date for any of them. So what the heck is Nick doing? Where is he? Yeah sure there was an announcement of him writing a new Ant Man series but lets be honest Paul Rudd improvs most of his lines anyways.

I did a little investigation into the whereabouts of Nick (I have been bored okay, PI was not my first choice but PornOnTheCob only has so many videos). I noticed that around the same time as MY book spreading word of being cancelled and around the same time as Bedlam’s last issue to date this Mr. Knocks you all love so much disappeared. The guy went to Vegas and then fell off the face of the planet. Coincidence? For all of you who went to school on the short bus let me try and break it down for you. You have a blogger who is seemly obsessed with a comic book writer, shining obsessive spotlights on him all the time. Then they both disappear…did you figure it out yet. Your beloved Mr. Knocks has kidnapped Nick Spencer! I can’t believe you didn’t figure this out. It takes a bored Fred Myers to come in and save the day. Here is the twist ending you didn’t see coming. I broke into Mr. Knock’s account (his password was BreakingBad…shocking!) to inform you of this terrible crime.  I don’t do any dirty work though, so its up to you to figure out where this Mr. Knocks is and save Nick that is if it isn’t too late already. We need those new Image books!