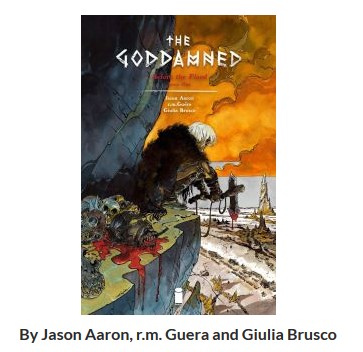 I was 8 years old. We had just moved to a new province for my dad’s work. What is an 8 year old to do in a new city with no friends? Simple. Find friends. There was a church right down the road from our house, perfect place to meet some nice new kids. I made a lifelong friend at that church and a couple months into our new lives the opportunity to go on a weekend Bible conference arose. This was a great chance to spend some time with my two best buds, James from church and my mom.  The point of this conference was to walk through the Old Testament step by step. We were taught a series of actions to help us remember the progression of events in the Old Testament. From what I can remember the progression went something like this: Creation, Fall, Flood, Nation, 4000 Years Ago… that’s all I can remember. There were like 70 actions that stepped us through all the big events in the Old Testament. I remember having a fun weekend with my mom and my friend. What I do not remember is learning how Cain, the inventor of murder, wandered the land beating the shit out of every “excuse for a man” the land had to offer. I bet you I would have learned all the actions if they were teaching us that part of the story. My mom definitely would not have approved.

If you go by the actions I learnt when I was 8 years old, The Goddamned takes place between Fall and Flood. Very early on in the Bible. God created the world including humans and they all sucked. They were terrible people. He gave Adam and Eve one rule,

And the Lord God commanded the man, “You are free to eat from any tree in the garden; but you must not eat from the tree of the knowledge of good and evil, for when you eat from it you will certainly die.” – Genesis 2: 16-17

They broke this one rule and were therefore kicked out of the garden. I understand making mistakes and all, but you had one job. Not a good start. Then Adam and Eve have two sons, Cain and Abel. The first siblings in the world and one of them kills the other. Are you kidding me? The first two humans steal from their father and the next two humans commit a murder. Then, 1600 years pass and God wants to wipe the earth clear of the humans and start over. Yeah, no kidding. Think of how bad it must have been? It’s like when you make a batch of muffins and you envision how fluffy and moist they will be. They are going to melt in your mouth with every bite and the blueberries are going to explode with flavour. But instead when you take them out of the oven the muffins kill each other. You would probably throw them out and bake a new batch. Totally understandable.

I am getting a little ahead of myself, because this arc is called “Before the Flood” so naturally the events of the book are taking place before God says, “Round Two!”. If you know anything about the Bible, you know that the flood means Noah. Noah builds the ark to insure the survival of human beings and two of each animal. So, Noah is our main character, right? Wrong. The main character is Cain. So, how is this possible? If Cain was born in year 1 and this story is approximately 1,600 years after that, he should be long gone. Well, I guess Jason Aaron didn’t do his homework and screwed up the timelines. Wrong again. We can look to the Bible for our answer to how Cain could still be alive.

…Then the Lord put a mark on Cain so that no one who found him would kill him. – Genesis 4: 15

There you go. Cain was marked by God so that no one could kill him. The Bible says that Adam lived to be 930 and he wasn’t even cursed. Imagine how long a cursed Cain could live. So Cain is our main man in The Goddamned and he spends half of this comic brutally taking the life from the pathetic humans that occupy the earth. Cain is pissed off at God in this comic and he definitely makes some comments that will make a few people close the book in disgust. However, I think Cain has a right to be pissed. As the Biblical text goes, Cain is a farmer and Abel is a hunter. Cain offers God food from his crop, while Abel offers God meat from his animals. God is pleased with Abel’s offering and displeased with Cain’s. Really? Seems a bit unfair. The dude is a farmer and he brought forward the fruits of his labor and he is turned away, while his brother seemingly does the same and gets praised. I would be pissed off too! I probably wouldn’t kill anyone, but I would definitely be pissed. So I think the detest Cain has for God in The Goddamned is definitely true to his character.

This first issue is full of idiotic human beings and extreme violence. Aaron is not just using a biblical back setting to frame his cool bloody action comic. He has definitely done his research and has found an incredibly compelling and captivating story amongst these biblical verses. The violence of the first issue can be chalked up as world building.

Now the earth was corrupt in God’s sight and was full of violence. – Genesis 6: 11

Since this story does take place very close to the flood we do get introduced to Noah near the end of the issue.

Jason Aaron has definitely looked to the scriptures to frame this story. It is R.M Guera’s work that brings it to life. The world is vast, it is dark and it is violent. Guera captures all of this as he walks us through the wasteland with our physically fit protagonist, clearly a cut above the rest. With countless pages containing no words at all, Guera took center stage and pencilled a brutally dark and depressing existence.

The Goddamned is violent, profane and borderline blasphemous. However, as a man with some knowledge on the source material I am impressed by the amount of background work Aaron, Guera and Brusco have done on the character Cain and the state the world would have been in. If you are looking for an action packed, compelling adventure and are not easily scared off by offensive words, then give The Goddamned a read. Like Cain this book is fearless and guaranteed to impress.