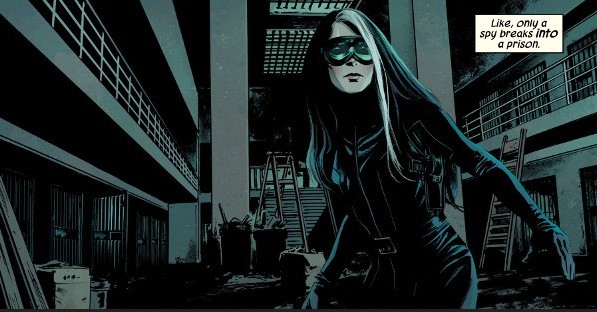 Lasting Impressions: The Best Characters of 2014

It is the first of December and time for NBC to begin our look back at the year in comic books. Starting tomorrow, our Tuesday Top Ten lists will be devoted to year-end reflections. At the same time, some of us will be giving more personal takes on 2014.

And so, today I would like to look back at the characters who broke out of the crowd this past year. They are mostly new faces, though at least one of them has been around for a bit. Regardless, they made an impression on me, leaving me eager to see where their creators will take them next in 2015.

[The remaining entries are simply listed in alphabetical order]

Honorable Mention #1, Ghus (Saga): Sometimes it only takes a brief scene for a character to endear himself with readers, especially when said character is scripted by Brian K Vaughan. Being adorably designed by Fiona Staples doesn’t hurt either. Either way, I suspect that Ghus will continue charming many a fan’s heart when Saga returns from hiatus in 2015.

Honorable Mention #2, Howard the Duck: Howard has had quite a comeback this year. A one-line cameo at the end of Guardians of the Galaxy sent fans back to Steve Gerber’s iconic series. Marvel put Howard’s Omnibus back into print, and gave him a new series debuting next year. For once it looks like things are going well for him within this absurd world of hairless apes . . . 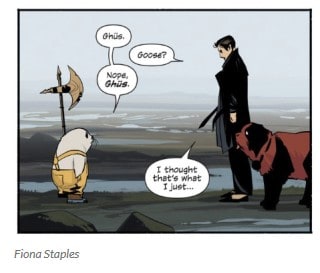