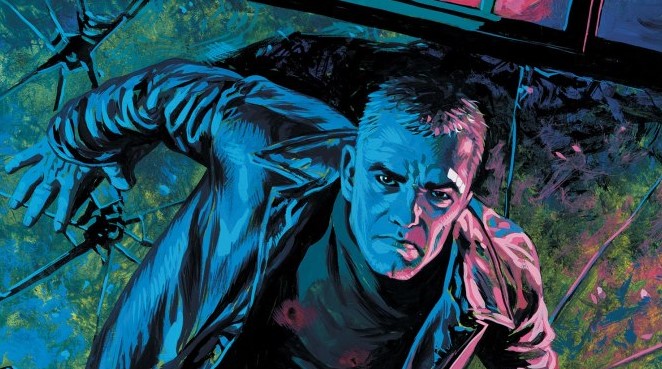 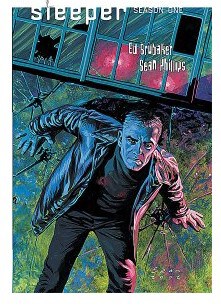 Feel the rhythm, feel the rhyme, get on up, it’s comic book time…COOL RUNNINGS. In this segment I will be examining various runs by our favourite creators. I will begin with the rich run of stories coming from Ed Brubaker and Sean Phillips. There is a lot to this catalogue and therefore will span multiple weeks. This week we talk Sleeper Season 1. Warning: Cool Runnings may contain spoilers.

Sleeper is a comic book series published by DC’s imprint Wildstorm. Wildstorm is a comic book universe, much like DC, where super powered humans are common. There are a number of different types of enhanced beings and like any good comic book some have chose to use it for good, while some are not so concerned about the well being of others. Wildstorm is the universe that such books as The Authority and Planetary come out of. Sleeper is actually a spin off of a series called Point Blank, written by Brubaker and pencilled by Colin Wilson. Point Blank is a terrific story and well worth reading. It serves as a nice setup to Sleeper, as you get introduced to a few of the major players. After the 5 issue setup of Point Blank, Sleeper is a 24 issue comic, broken into 2 seasons of 12 issues each. As each season really is a tale of two stories we will be focusing on season 1 today, with season 2 next Wednesday. 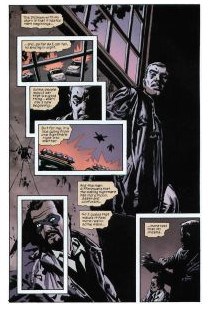 Sleeper is the story of Holden Carver, an undercover agent in a organization led by the villain Tao. Tao is not the typical villain. He is of course a super, but his powers are not clearly defined. One thing that is clearly defined is his level of intelligence especially when it comes to the prediction and manipulation of human behaviour. Holden Carver, former International Operations agent, had an encounter with an alien artifact, which not only gave him his powers but also caused him to unknowingly kill his entire team in the process. With this being the perfect agent-gone-rogue backstory, John Lynch, the director of Internal Operations takes it upon himself to seize this opportunity to place Holden Carver deep undercover in Tao’s organization. When I say deep undercover, I mean as deep as you can get. The true story of Carver is known only by Lynch himself. Carver is a bad guy as far as everyone else is concerned. Plagued with the unbearable guilt of his entire team’s death, Holden Carver is willing to take the deep undercover mission, which may have no way out until Tao is brought down. Sounds like a pretty basic premise, right? Well, how about this? Lynch, the only agent who knows that Holden Carver is a good guy, took a bullet to the head and is now in a coma. Holden is trapped, no one knows he is fighting for the good guys and with the missions he has lead for Tao, no one would believe him if he tried. He is in so deep, he starts to doubt it himself.

Holden is a very valuable member in Tao’s organization. There is a strict hierarchy of henchmen and Holden’s unique powers and unflappable guts quickly rise him to the top level, called Prodigal, where he shares the right hand man role with two other Prodigals. I have gone this long without spilling the beans on Holden’s power. He is also known as The Conductor, although no one calls him that. First of all, he cannot feel pain. Anything that would normally inflict pain he is able to store up and use that energy in a sort of electricity surge kind of way. To make it simple to visualize, if you shoot him he is going to go Palpatine on your ass.

Holden does whatever Tao tells him, which believe me is a lot of terrible stuff. With no sign of redemption in sight, and no one to extract him from deep cover, Holden starts to wonder what is the difference between pretending to be a bad guy and being a bad guy? A reoccurring theme in the first season is Holden comparing his time as an I.O. operative and his time as a Prodigal. He is killing just as many people as he did when he was an I.O. agent, just they are on the other side now. He has been in Tao’s organization so long, he has friends there, who have families as well. He starts to care less about the people he is killing and more about the evil-doing friends he has made. Tao’s organization is loyal to Holden, they have his back. He has been killing people all his life, maybe it isn’t so bad doing it for these guys. 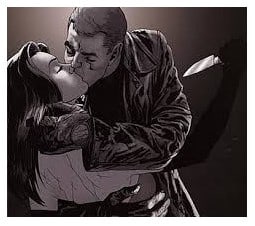 Sleeper season 1 is a fantastic start to the Brubaker and Phillips saga. It is a extraordinary examination of the “good” guys and the “bad” guys. When you step back and think about it, this creative team has done an incredible job creating a world where the lines of good and evil are very solid, but some how we see them as blurred. It is easy to tell who in the book is on the good side and who is on the bad side. Usually if the author is trying to get the reader to side with the bad guys he/she will make the good side look unappealing. That is not the case in Sleeper. All of the C.I.A. agents and the I.O. agents are likeable characters, there is really no reason to dislike the good side. However, we slowly get pulled into the darkness with Holden. We see that the bad side has interesting characters too. Guys and gals that are rough around the edges (sometimes extremely) but that we kind of want to be friends with. Holden falls in love with a ruthless woman and his best friend is named Genocide. Sounds on the surface like I wouldn’t like those people, but believe me, they get to you.

As most crime books do the whole series leads up to the payoff in the last chapter. I am going to spoil the ending right now because it is necessary to talk about season 2, which I will be discussing next week. Lynch wakes up from the coma and is ready to extract Holden, but Holden has decided that he is done with being jerked around. He is done with the double life. His friends in Tao’s organization know about his double agency and they still accept him with open arms (that Tao is a real smooth talker). Holden decides he isn’t an undercover I.O. agent playing Prodigal to Tao, he is just a Prodigal of Tao now. Somehow the master Tao took the greatest weapon against him and flipped him to be his right hand man. Brubaker and Phillips did such a fantastic job of integrating the reader into the world that we are not upset at Holden’s decision in the end. We get it. Most of our time was spent with these villainous characters. The characters play a game in the book called Origin Stories. Basically, they just flip a coin and whoever losses the coin flip tells their origin story. No origin story is ever told by a hero, it is always by a villain. By the end we feel more connected to the villains of the story and therefore understand Holden’s dilemma. Sleeper is a completely engulfing story.

No one writes a noir book from both sides quite like Brubaker. As you can probably guess the interiors are breathtaking. Phillips can create such a cinematic world, it flows so effortlessly, like watching a noir film. Noir characters hold a lot of pain in their past and Phillips is able to convey this with a simple facial expression. The pain is shown through the grizzled expressions of each character. I’m glad these two found each other, they were definitely made to create comics together. An A+ for Brubaker and Phillips’ origin story. Tune in next week for Sleeper Season 2.