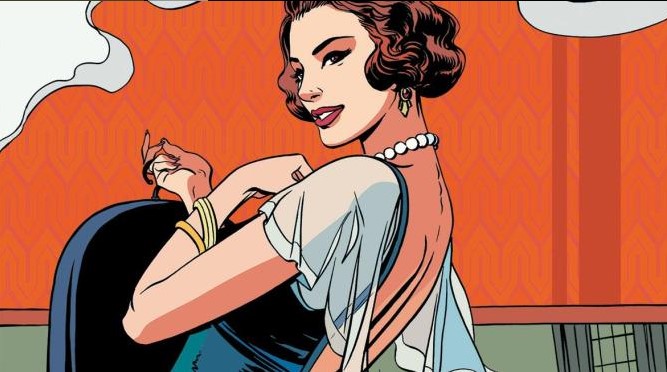 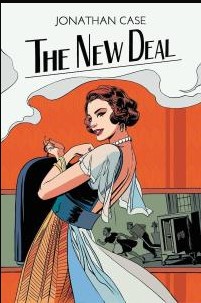 New York City. 1936. A tale of two young people trying to make it in this crazy world. One a young, Irish man with a gambling debt. The other, a young Black woman who dreams of being an actress. Together, they could create even more problems for themselves.

Jonathan Case’s The New Deal is a smart, period drama about the rare opportunities in life you can’t help but stumble into. 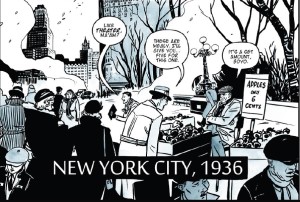 Franklin O’Malley divides his time between helping his Uncle Puck sell apples at his fruit stand, hyping the girl he likes in her upcoming play and working at the Waldorf as a bellhop. Frank has one problem, he owes 400 big ones to Jack Helmer, a man of means and not one to cross. If Frank doesn’t get the money together soon, his goose is cooked.

Teresa Harris is working as a maid at the Waldorf, trying hard not to lose the rare good fortune she’s getting for extra work on the upper levels. She has a part in a mainly Black acted Macbeth directed by Orson Wells. She is wise to Frank’s intentions towards her, but doesn’t push him too far away.

Right from the get-go, Case subtly reveals who the character are in their actions and dialogue. At first, Frank seemed like an honest, hard-working youth in a recession. As the story goes on, Frank shows that its an act in the hope of earning more money to pay for his gambling debt. Ironically, its his hustling nature that keeps him from making any headway on his problems. He puts more effort into an act than actually working harder. Despite his faults, he tries to be a decent guy.

When Jack Helmer unexpectedly checks into the Waldorf, along with an attractive socialite named Nina Booth, problems multiply for both Frank and Teresa. After an expensive dog collar is stolen, Teresa is blamed as the sole black maid at the Waldorf. Despite no apparent evidence, Teresa is assumed guilty but is cleared. Knowing of Frank’s gambling debt, she naturally assumes he is the true culprit. Near the climax,  Frank and Teresa learn who the real thief is and the story quickly ramps up.

In addition to the writing, Case also handles the art duties for the book. His illustration style is a clean, animated look not unlike Chris Samnee. Going for a minimalist approach, Case uses only Black, White and blue ink-wash for shadow and texture. I can’t recall the last time I saw an artist use stark Black in the foreground, mid-ground, and background in comic art, but I found it incredibly powerful. Combined with perfect two-point perspective and tilted camera angles, the book is a visual treat. 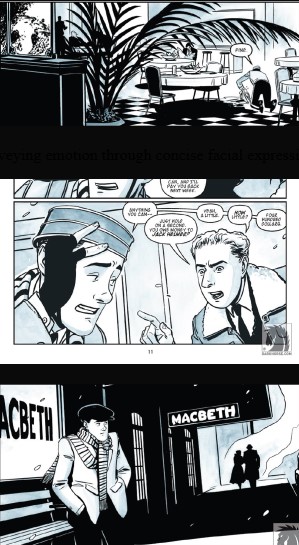 Case’s style  enable me to focus more on the story while at the same time enhancing it when words were not up to the task. Things like sound effects, or floating hearts appearing in panels might seem anachronistic in today’s comics but work here partly because of the style and the setting.

The plot of The New Deal starts off slow, letting the characters carry it until the pieces are there to move forward. It’s like reading an Alfred Hitchcock script, with its deliberate pacing and characterization.

The New Deal is like nothing else I’ve read this year, which I say a lot but still remains true. It’s a book that feels like an instant classic, ideal for readers who want a story to chew on or enjoy black-and-white films. A drama that focuses on character first and plot second, it’s refreshing in an age where many stories have a blockbuster mentality.

I’m confident that by the end of the 2015, this is a book that many will point to as a high point in the medium and recommend. It’s masterfully done, and deceptively simple…