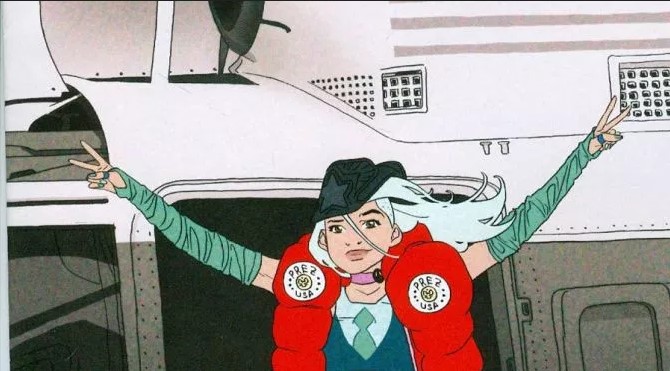 What would Donald Trump think about PREZ?

At Nothing But Comics, we enjoy reading the DC Comics series Prez.  Crafted by writer Mark Russell and artist Ben Caldwell, the sci-fi political satire follows the adventures of teenager Beth Ross after she is elected President of the United States in the year 2036.

Superhero the Red Bee has a question about #Prez Beth Ross from comics blog @NothingButComic pic.twitter.com/wxK7evR6Z8

@Manruss @ClockpunkEllis @NothingButComic “her ponytail is third rate. MY ponytail will be deluxe. Gold package. I’ll hire the best people.

Thanks, Mark and Ben.  We look forward to reading future issues of Prez, regardless of whether or not Donald Trump makes an appearance!