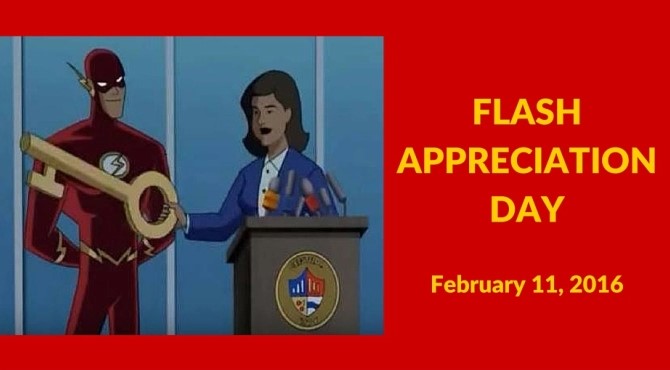 Today marks the ten-year anniversary of the premiere of the Justice League Unlimited episode “Flash and Substance” (February 11, 2006). In that episode, the people of Central City honor the Flash for his heroism, and declare the day of celebration “Flash Appreciation Day.” The episode inspired fans to celebrate the DC Comics superhero on February 11th each year.

It’s great that the Flash has a special day each year for fans to express their appreciation, but what’s the best way to honor a fictional superhero? Since we can’t give Flash the key to Central City, Nothing But Comics, in partnership with eight sites, is recommending that you show your appreciation for the Flash by being a hero for comics creators in need — this Flash Appreciation Day, we’re asking Flash fans to support the Hero Initiative.

We contacted the Hero Initiative’s president, Jim McLauchlin, to get more information about how the organization helps comics creators, and details about how we can help:

For readers that may be unfamiliar with the Hero Initiative, can you tell us how the organization helps comics creators?

Long story short, we’re a medical and financial relief organization for comic book creators. We’ve literally kept people alive. There was a moment at the San Diego con a few years ago that was surreal for me. An artist that we benefited came up to me to thank me for the help we had given him. He was shaking my hand, with tears streaming down his cheeks. He had been living on about $90 a week, and was eating one meal a day. He didn’t know what to do, or where to turn, and he was ready to take his own life. He had literally written the suicide note when he stumbled upon us. We were able to get him back on his feet, and he’s alive today, doing much better. 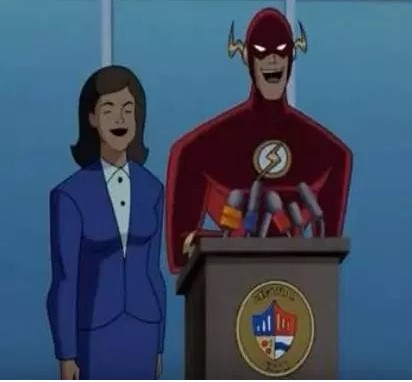 How can people help the Hero Initiative? Besides financial contributions, are there any resources or activities that might be helpful to the organization?

I always tell people, “Five bucks.” Is the easiest and best thing people can do. People can donate via the “What Can I Do?” page on our website.

We also need volunteers for events and conventions to help us staff these events. Folks can find information on the same page.

Since it’s Flash Appreciation Day, I’d like to ask the Hero Initiative team if you have a favorite iteration of the Flash character (Jay Garrick, Barry Allen, Wally West, or Bart Allen)?

Here’s what some members of our Board of Directors had to say:

George Pérez, former Teen Titans writer, artist: “Barry was always MY  Flash. He’s the one I grew up with and there is something a bit poignant about being the artist who ‘killed’ him back in the ’80s. Since I was drawing Wally as a member of the New Teen Titans, he will always be Kid Flash to me.”

Mark Waid, former writer (duh) Flash: “How could it not be Wally West? Here’s my resume: Jay was stately, Barry was solid. But Wally was fun.”

Walt Simonson, Ragnarok writer/artist: “Tossup between Jay Garrick and Barry Allen, giving Barry a slight edge.  He’s the character I read when I was young, so he’ll always be the Flash to me.  However, I was around when Jay Garrick was reintroduced into the DCU, and I have to say that as a kid reading the books,  I thought it very cool that a second mature Flash with gray temples had appeared.”

Jim Valentino, Image Comics co-founder: “Jay Garrick. I read Flash #123 when I was about 10 and just loved the character. Simple, homespun. Everything from his personality on down to his costume–a red jersey, dungarees and doughboy hat with wings. It looked homemade, like something anyone could wear without getting embarrassed. The most likable character in the JSA, the heart of the team.”

Dennis O’Neil, longtime comics writer and editor: “I guess I’d go with Barry, but I confess to a warm spot in my heart for Jay because he was one of the first superheroes I encountered.  (Hey, I was really, really young. Really!)”

Thank you, Jim, for this information about the Hero Initiative, and the comments from some great comics creators regarding their favorite Flash character. 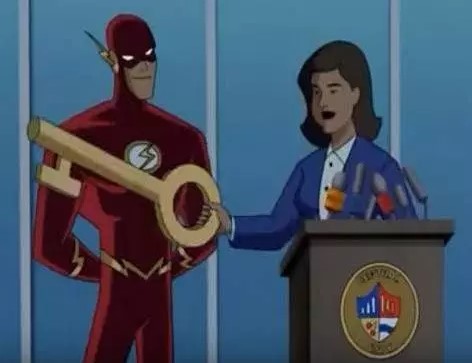 On the tenth anniversary of the “Flash and Substance” episode premiere that inspired Flash Appreciation Day, and in honor of the Flash, Nothing But Comics is pleased to partner with eight sites in support of the Hero Initiative; please visit our partner sites today to see how they honor both the Flash and the Hero Initiative: