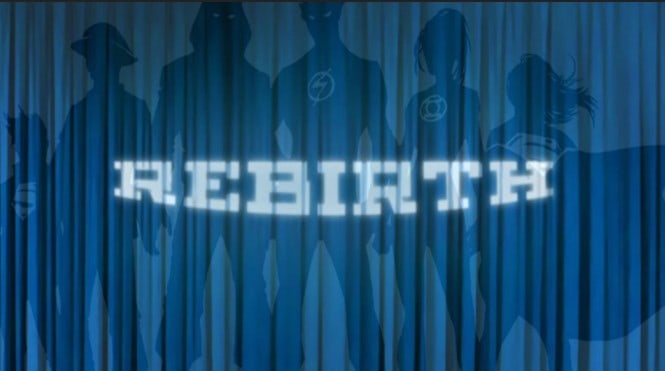 Josh: I’m more concerned about the double shipping. Anyone else thinking that will bite DC in a big way?

Cosmo: I don’t know, Marvel pulls it off. It’ll really depend on the creative teams.

As always, a lot of this will boil down to that.

Cosmo: The general vibe I got from the announcement was a “back-to-basics” one — simplifying the title to The Hellblazer would fit with that . .

And, I suppose it’s pretty much official Dick’s going back to Nightwing and Grayson’s ending .

Reed: I do as well. I thought the title change strange, given DC’s past desire to tap into the movie/TV name recognition synergy of “Constantine.”

Cosmo: What TV/movie synergy? The show is canceled and Justice League Dark is years away from happening — if it ever does. As I said, I think that DC wants to evoke nostalgia, hence the title change. Their message: now’s the time to return to DC, we’re revisiting the Golden Days.

At least that’s my vibe at the moment. There are way too many unknowns still to make any real evaluation of what’s coming . . .

Also, I realized this morning that pretty much every single DC series I currently read will be gone by Rebirth. Guess I’ll have a blank slate for trying new stuff

Pat: Tom King on Batman if that ends up being real….

Cosmo: Well, yes, I’ll be picking that up if it turns out to be true.

What’s been a little lost in the shuffle is that Johns is stepping down from Justice League. That is a huge opening for someone. Anyone want to see King try and tackle that?

I was also thinking that King on a Green Lantern title could have a lot of potential . . .

I still don’t have a strong opinion on this yet, but I’m happy to see the 2.99 price tag on everything. Creative teams are going to have a huge impact on what I try out and I’m bummed there is still no Shazam title.

King on a Lantern book would be awesome, I think I’d prefer that over Batman. My fingers are crossed they get a solid team on WW, because I miss reading Diana’s adventures.

Seriously, though, we’ve often discussed who could follow Snyder on Batman, but we’ve never really discussed who should be next in line for the League. As with Batman, though, I keep drawing blanks for big name writers DC has at their disposal right now.

Though, what if they gave it to Gail Simone?

It’d be nice to be reading a Wonder Woman book again . . .

Curious which Beetle we’re getting. I’m guessing Ted, though, it could be Jamie. I’m a fan of both, so put a good creative team on it, and I’d buy either. Though, yeah, my preference is Ted . . .

Tyler: Yeah that’s true, I will be getting three at most, unless the creative teams are astounding. Also by page count, it’s not too bad of a deal, 44 pgs for 5.98, as opposed to 20 pgs for 3.99, provided the ads don’t increase 🙂

I’m with you on Beetle Creighton, Ted Kord is likely due to the whole “legacy” angle they’re taking. I have no idea who they could be putting on JL and I agree their roster doesn’t really have any names of interest currently. I guess we’ll find out in a month.

Pat: How much you wanna bet Trinity is the book that Snyder & Capullo is doing?

Cosmo: I actually don’t think so. That’s probably another twice monthly book which is supposedly the whole reason Snyder is leaving Batman. Plus, if he gets Detective he’ll be well placed for writing the next big milestone issue (#950, I believe).

Also, if we take him at his word about wanting to write smaller scale stories, Trinity ain’t the place for that.

Pat: Well, he did say that the next thing he & Capullo are doing is going to be BIG & Trinity is actually listed as shipping monthly

Cosmo: I hadn’t seen that. As I said, last I read, he wanted to do smaller scale stuff.

Maybe he and Capullo do Trinity while he and another artist tackle Detective? Or the Detective rumor was wrong. Hmmm . . .

Also, isn’t there supposed to be an aspect of Rebirth that can’t be announced until after Batman Vs Superman opens? Note that the creative team announcements are due March 26th, the Saturday of opening weekend. Could simply be that DC wants to dominate the comic book news cycle, but perhaps a Trinity comic book somehow connected to the film?

Also, how about giving Marguerite Bennett Supergirl? She’s probably got enough on her plate at the moment, but that could be a really fun match . . .

Pat: Supposedly Bennett is going to be on Wonder Woman which sounds awesome. Bleeding Asshole is saying that Sam Humphries signed an exclusive with DC as well. So yeah, if that’s true expect Bennett and Humphries to be moving off their Marvel titles.

Cosmo: Bennett on Wonder Woman would be a great choice. I was going to team-up Bennett with Wu for Supergirl, now wondering if that combo would work for Diane as well. Oh wait, what if Bennett brought Hans with her to illustrate Wonder Woman? Oh man, that would be fabulous — not expecting it to happen though.

It would be a shame if Bennett would need to abandon Angela — against the odds she’s really made that a great title. Same with Humphries and Weirdworld, which we all expected to tank writing-wise post-Aaron. Of course, the rumor mill is that neither of those books are long for this world anyway . . .