At their Wonder Con panel this morning, DC announced the creative teams who will be working on their upcoming line-wide relaunch. 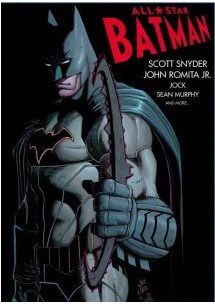 Previously unannounced, this title will focus on classic Bat-villains

Detective Comics will take a larger Bat-family approach, focusing on a “boot-camp” for heroes run by Batman and Batwoman.

Batgirl and the Birds of Prey by Julie Benson, Shawna Benson & Claire Roe 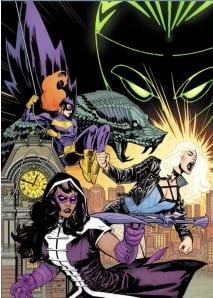 This will be center on a new character.

The book will alternate time lines every other issue; Sharp will illustrate the present, while Scott tackles the past.

Cyborg by John Semper, Will Conad and Paul Pelletier 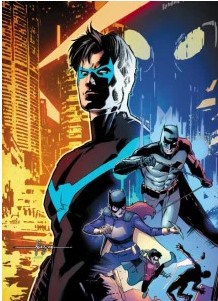 This will tie into Abnett’s current Titans Hunt mini-series and will focus on legacy characters who were once trained by classic heroes.

Red Hood and the Outlaws by Scott Lobdell & Dexter Soy 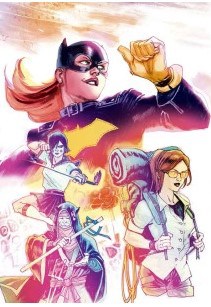 Yes, this is where Damain ends up

Two previously announced titles Super Sons & Justie League America didnot have creative teams revealed. The former was described as “son of Superman meets son of Batman,” while Johns stated it was too early to say anything about JLA.