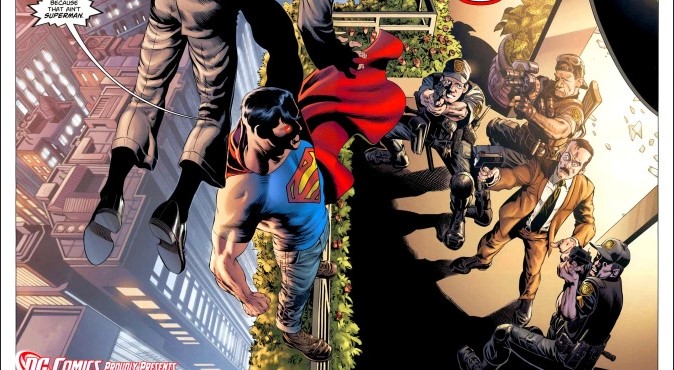 When I finished Grant Morrison’s run on Action Comics, I was struck by how little has been used (or perhaps more appropriately explained) from Morrison’s eighteen issues. Since we’ve left behind the New 52 and DC has brought back a more traditional Superman, now might be a good time to discuss what was supposed to be Superman’s last “Rebirth”…

I’ll start with how I don’t love, or understand, many of Morrison’s books; Batman & Son, All-Star Superman, Annihilator, and the odd volume of Doom Patrol and Animal Man being prime exceptions. Damned if Morrison doesn’t have an unbridled love for Superman and deft understanding of him. To me, I appreciate more things about the run than I actually like. In various interviews, Morrison discussed how he initially planned his run to go six issues but his plans changed twice; first expanding to 16 then to 18. Whether he wanted to wrote all of those by his own prerogative or was asked by editorial at DC, we’ll probably never know. Based on what happened on the title after he left; with Andy Diggle’s hiring-then-abrupt-firing and Tony Daniel and Scott Lobdell pitch-hitting until Greg Pak signed on, I have to assume he really wanted to continue writing on Action Comics or he got a good deal for it.

Grant Morrison put everything into this run, and I mean everything. The signal watch, Kryptonite, Krypto the Super dog, the Legion of Superheroes, time-travel, the Phantom Zone; everything. As a Silver-Age fan it appeals to me just having these elements present in the story. However, aside from some brief moments, Morrison’s scripts often lack emotion or feeling. The scenes with the Kents, Superman being accepted by Metropolis; these are exceptions and good ones at that. Enter the brilliant decision to have Sholly Fisch write the back-up stories in the issues, all emotional and filling in the blanks that Morrison won’t. Fisch’s scripts take the personal approach while Morrison does the action, and it works in many causes; just not completely.

Morrison, along with Rags Morales, start their Action run off in Superman and the Men of Steel with a younger, de-powered Man of Steel who seems like an update of his Golden Age incarnation. He’s cocky, brash and feels unstoppable until the end of the first issue. Against mere humans, Superman wins every-time; but against villains like Lex Luthor, Brainiac and Metalo; Superman actually exerts effort, he has to try a little harder. Which is what happens in the first four issues; Superman fighting off Brainiac’s attempts to bottle Metropolis while dealing with Luthor and Metalo. Issue’s 5 and 6 deal with a matured Superman teaming-up with the Legion of Super Hero’s to deal with the Anti-Superman army (who are also from the future) The back-ups by Sholly Fisch are all-too appropriately placed at the end of the collection and detail how Steel filled-in as the hero of Metropolis when Superman was in space fighting Brainiac, the Kents’ attempts to conceive and adopt a child and finally Clark Kent’s last day on the family farm.

Somehow, in Volume 2: Bulletproof things get even weirder. On Earth 23, the Superman analogue is Calvin Ellis who may also be an analogue for President Barack Obama. His world features a more inclusive Justice League and a more efficient approach to dictators and corrupt governments. Also introduced is a huge dimensional cube that can connect to other worlds in the Multiverse and an evil, corporate controlled Superman. It continues with a return to the “main” DC earth and Superman facing an obsessed big-game hunter called Nimrod and a being with immense Psychic powers trying to convince Lois’ niece Susie to join him and other powerful neo-Sapiens. In that time, Superman has faked the death of his Clark Kent persona, reclaimed it, saved Lois’ life and befriended John Henry Irons. By the end he learns that his landlord, Mrs.Nxly, is a former resident of the fifth dimension.

Volume 3:The End of Days offers some much-needed revelations but still continues Morrison’s scattered approach. It starts off slow and easy with Superman facing an escapee from the Phantom Zone, Xa-Du and reuniting with Krypto, before saving the first manned mission on Mars by defeating Metalek yet again. In some unspecified time, Superman is discussing these events with his former landlady who is Mxyzptlk’s widow. Another 5th dimension imp named Vyndktvx is actually attacking Superman across his lifetime, which explains the jarring plot of Morrison’s scripts and how so many strange events have occurred that defied logic.

I’ll say this for Morrison’s story, it’s more imaginative than any other writer who tackled the Man of Steel during the New 52 while also leaving breadcrumbs for Multiversity to pick up years later. It just wasn’t as cohesive or accessible as All-Star Superman. What it did try to establish, and what ultimately went to waste, is that Superman’s adventures could have anything and everything. Instead of him fighting evil Superman analogues, he could fight enemies he hasn’t met yet. Instead of losing his powers for the upmillionth time, he could save the first human colony on Mars.

Morrison took the idea of the New 52, a reinvention of DC’s classic characters for a new generation/audience, and wrote 18 issues of Superman going from a brash young man into the hero that many know him as. While I wish that he had stuck with the Superman we saw in Action Comics #1, I got another Morrison work that I will have to revisit in the future with a corkboard and several sticky notes to fully appreciate.

It’s almost a shame that DC decided to kill off this Superman and bring back a previous version, although based on what little I know that is pretty gutsy as well. A married Superman with a kid? Played right, that is a status quo that could become as memorable as the time he married Lois Lane or met his long-lost Krytonian cousin. Still, it’ll be hard to outdo everything Grant Morrison did with his Superman run. 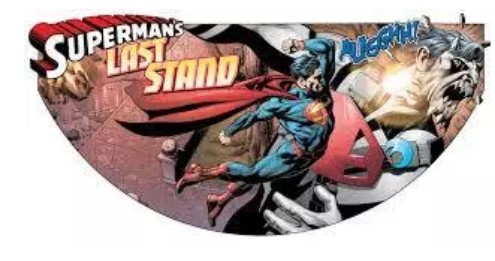