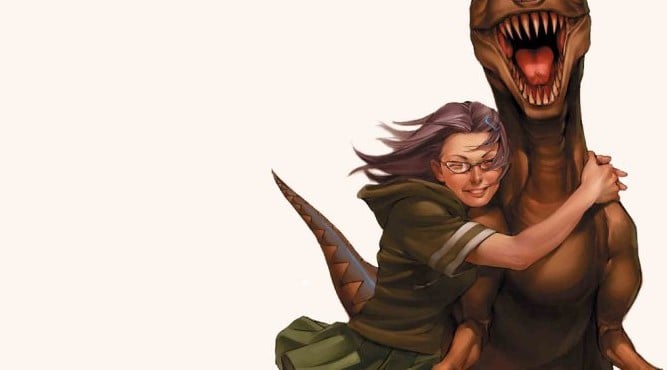 Perhaps you have heard of the comic book creator Brian K Vaughan. You may know him from such books as Y: The Last Man, Ex Machina or Pride of Baghdad. Maybe you are new to this whole comic thing, so I will give you the benefit of the doubt. Surely you have heard of Saga, the source of 5 Eisner wins for Vaughan. The great mind that brought you all of this comic genius also brought you the fabulous Runaways series, beginning back in 2003. Of all the magnificent work that Vaughan has put out over the years, Runaways is near the top. If you have not got your hands on Runaways, here is my suggestion, don’t buy any books this week, instead go and pick up as many volumes of Runaways that your shop has available. It will be far better than whatever you were going to pick up. Long time fans of Runaways and Brian K. Vaughan know how special this story is and the age old question sits on all our minds. When are we going to see these characters come to life on the screen?

For anyone who does not know what Runaways is, it’s the story of 6 teenagers (hold your tongue Patrick) who discover that their parents are part of a super villain society and have plans of world destruction. The six kids join forces and decide to stand up to their parents, the ultimate teenage rebellion! If you have not heard, Runaways was scheduled to be a movie released from Marvel back in 2011. They had a script and even begun casting calls. Well, then this little known phenomena called The Avengers happened and Marvel realized they could make a boatload of cash placing the likes of Tony Stark, Thor and Steve Rogers on the big screen. So the script for Runaways was placed on the shelf, and has been collecting dust ever since. So is it time for Marvel to dust off that script? Is it time to take the script off the shelf and take another stab at Runaways as a motion picture? The answer is no. Look at all the Marvel movies so far. Sure, Guardians of the Galaxy was a group of characters that 85.89% (97.62% of numbers ending in two decimal places are made up) of the audience had no prior experience with and still, it was a total hit. But the Guardians still fall into the direction that Marvel is taking The Avengers. The Marvel Cinematic Universe has a clear and in my opinion fantastic direction and The Runaways just do not fit into it.

I know what you are thinking. “I love the Runaways. Why am I reading a post about how I am not going to see them on the big screen anytime soon” Well, I will tell you why you are reading this article. I think it is prime time for the Runaways to hit the small screen as either a Netflix or cable television show. Want to know why? Here you go:

I am ready for Runaways now and I think it is one of the most receptive markets that Marvel could hope for. If done right, it is improbable for a Runaways TV adaptation to fail.