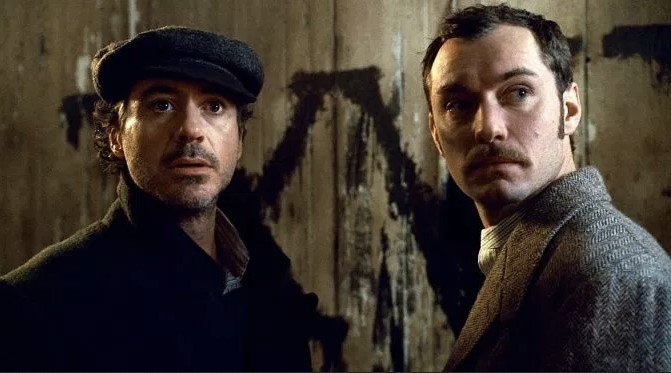 TUESDAYS TOP TENAKA Jessica JonesBatmanConstantineDaredevilDC ComicsEd BrubakerJessica JonesJohn ConstantineThe QuestionThe ShadowThe SpiritVelvet
2.01KViews
Celebrating those whose analytic minds never fail to astound with astute observations, who track down clues, and give their all against the criminal underworld… 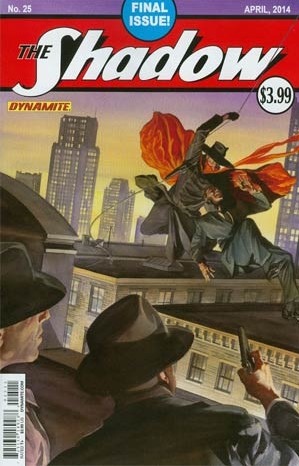 10. The Shadow:
“Howard Chaykin, Bill Sienkiewicz, Garth Ennis, Denny O’Neil, Kyle Baker, Matt Wagner; these are just a handful of names that have taken on evergreen crusader in modern comics. A fixture in the pulp magazines of the early 20th century and an influence of Batman, The Shadow has found a second life in ongoing comics within it’s modern age. Sometimes elegant, sometimes brutal and often both, comics creators continue to create new and intriguing mysteries for the Shadow to take on in exploring the depths of evil that lurks in the hearts of men.” 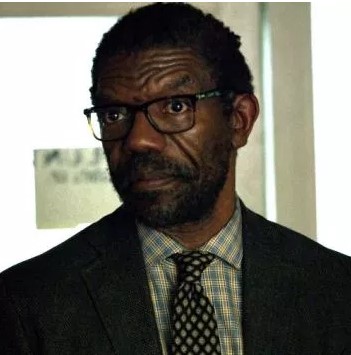 9. Ben Urich:
“Ben Urich, more than any other non-powered character in the Marvel U, exemplifies the noir protagonist tradition. Constantly beaten down, he never quits in his mission to tell the truth even if it means his life. The one story he never got to tell; the man inside Daredevil’s mask. Urich was smart enough to figure it out, but kept the story to himself out of respect for what Daredevil meant to Hell’s Kitchen. When the man without fear needs a little local help, he knows that Ben Urich can chase down the leads and pull some strings to find the truth.” 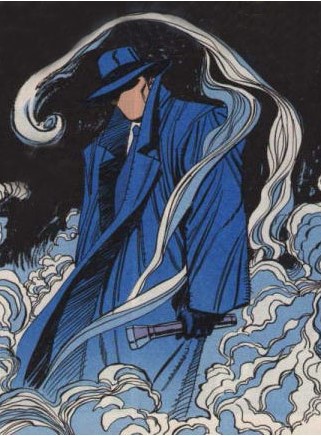 8. The Question:
“The Question was always a detective of a different sort, dating back to his creation by Steve Ditko. It was writer Dennis O’Neil though, who took the concept of philosophical investigations and really explored it. In his hands, hero Vic Sage was a questing type, interested in uncovering the why as much or more than the who. Sage investment in metaphysical issues continued with his successor Renee Montoya. Greg Rucka tilted the character away from O’Neil’s Eastern spiritualism and more in the direction of Western cosmology, as the new Question waded deeply into the machinations of The Religion of the Crime. What remained constant through both iterations was a different sort of detective equally at home on the gritty streets and in abstract debate.”

7. Slam Bradley:
“In many ways, Slam represented the debt comic books owed to the pulps in their early days: a hard-edged P.I. straight out of the prose of the period. He debuted in the first issue of Detective Comics, making him older than either of DC’s flagship costumed heroes. His feature in the comic enjoyed a long run before finally being retired in the late 40s. Scattered appearances followed over the decades, until Ed Brubaker revived him in the 00s.   Investigating the “death” of Selina Kyle, the grizzled P.I. is pulled into the orbit of comic’s most iconic femme fatale. He would become a regular member of her inner circle, a trusted mentor as Selina reformed her life as protector of Gotham’s East End. His presence (as with much of her supporting cast of this period) is sorely missed in the post-Flashpoint DCU.” 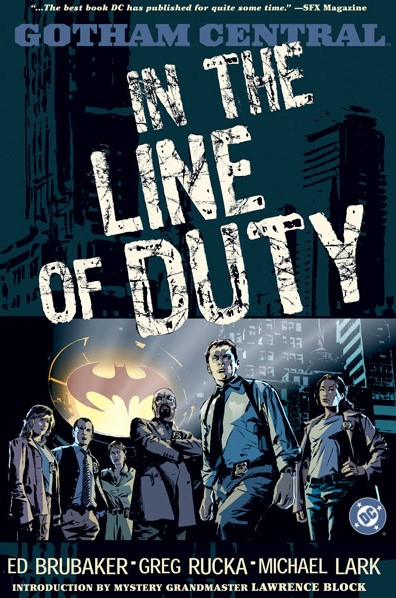 6.Gotham Central:
“Impossible to pick just one member but equally difficult to leave them out, popularized in Ed Burbaker, Greg Rucka & Michael Larks amazing Gotham Central series, the cities finest get a spot of their own on the list. These are some of the best comic of their era as they approach the complexity of law enforcement within the context of a world where on any given day, your partner could be frozen into a block of ice and shattered out of existence. This is some of the best and most nuanced humanist writing of both Brubaker’s and Rucka’s careers as they managed to explore the minutia of the Batman mytho’s while being a step removed form them. “

4. Jessica Jones:
“Everything that’s great about Brian Michael Bendis is in Jessica Jones, he has his trademark dialogue but it’s not overdone, there is his sense of crime & mystery, his insight into street level stories and best of all, his smart and singular humanism. Jessica Jones isn’t perfect and her world is as raw as it gets but she’s also incredibly charming, sharp as a tack and deeply endearing, which makes her many problems, imperfections and bad decisions sting even more. If Netflix can make the upcoming TV show 10% as good as the comic, they’ll have one of Marvel’s best live action productions. “ 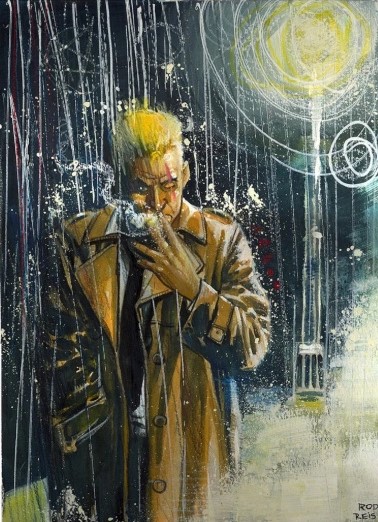 3. John Constantine:
“Less a certified PI than a mangy scoundrel who sometimes offers cryptic magical services. When Doctor Fate is too boring and incomprehensible for your house calls, you can always roll the dice with Johnny. Oh, he’ll get the job done, banish your demons with a wink and a nod, but even if he does all the hard work expect your hands to be dirty all the same. For the occasional smoke and laugh, he tracks down a missing heirloom or corpse, maybe a murderer or three. Nothing outwits John Constantine, not even the pretty faces that die at his beck and call.”

2. The Spirit:
“Denny Colt died in the service of the law. His greatest ambition to be a detective cut short, he skipped the usual routine with his new lease on life and went about tracking down criminals for the reward bounty. Traveling all over the globe, he’s faced all kinds of adversaries and brought them all to justice. Without the law hampering him down, The Spirit can devote all his free time to solving mysteries and chasing down law-breakers.” 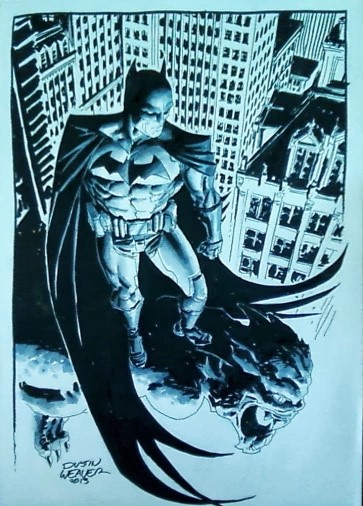 1. Batman:
“Batman is known by many names, The Dark Knight and The Caped Crusader being the two most famous. However he is also called The World’s Greatest Detective. From the very beginning (“The Case of the Chemical Syndicate”) tropes of the mystery genre were firmly in place. Those earliest tales are full of puzzling crimes which require The Bat-Man’s special expertise. Over the decades, writers would repeatedly place the hero in situations which required his brains as much as his fists. One of his classic adversaries, The Riddler, exists solely as a challenge to his intellect. Time and again Batman has proved that there is no mystery too obscure for his talents. Indeed, this balance between mind and body is one of the reasons why Batman has remained so popular over the years.  It also glances back to the pulp figures such as The Shadow or Doc Savage from which Bill Finger and Bob Kane drew heavily. In fact, more than one writer has scripted Batman as a modern day Sherlock Holmes: brilliant and prickly. (Alan Brennert once showed a young Bruce Wayne taking inspiration from tales of Holmes). Many criminals rightly fear facing The Dark Knight in a shadowy alley, but they should be just as weary thinking for a moment that they might be able to outwit The World’s Greatest Detective . . .”
Tags:AKA Jessica JonesBatmanConstantineDaredevilDC ComicsEd BrubakerJessica JonesJohn ConstantineThe QuestionThe ShadowThe SpiritVelvet
Share on FacebookShare on Twitter
EvelynRodriguezNovember 17, 2015