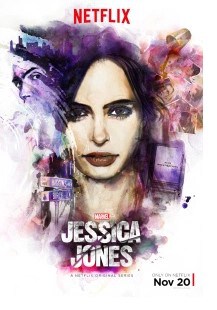 Jessica Jones is a fantastic show. I won’t make too many comparisons to Daredevil because they are completely different, but one can’t help compare a Marvel Netflix show to it’s predecessor. Where Daredevil lost followers I think Jessica Jones excels. There was a period in Daredevil which became a little dry. Most fans connected very strongly with the first few episodes. Once the shock factor of extreme violence passed, there was little left to hold onto until later in the season. I know many people who started with enthusiasm over Daredevil and just couldn’t get through the middle episodes. Jessica Jones shouldn’t suffer the same fate as it’s a mysterious PI story, while Daredevil was more of a hero origin story. The first three episodes set the scene and seeded the plot’s many mysteries. The next three add layers to the already fantastic story.

Before stepping into this chunk of episodes we know two Jessica’s. We know the Jessica right now; a paranoid PI with a drinking problem. We also briefly know the Jessica who was at one point controlled by Killgrave; an emotionless pawn, fighting from inside to break free but with little success. How about the Jessica before Killgrave? In episodes 4-6 we really get a good look at that Jessica who was stuck in a life of underachievement. Possessed incredible powers, but only had the qualifications to do relatively mind numbing work. This shows through as extreme boredom in her jobs, until one day, dressed as a hoagie (for another one of those mindless jobs) she saves a little girl from being hit by the car. This is not only the catalyst for the cutest line in the show as the seven year old turns to face Jessica and says, “The Sandwich saved me” but also what fuels Jessica to want to be a hero. She has too much guilt to call herself a hero now, but this is the moment she decided to be the hero she is. The layers of Jessica’s story get slowly revealed in these 3 episodes, but as the lead character that is expected. The impressive part is the terrific supporting characters around her.

Cosmo mentioned many of the main players in the show so far but there were a few characters that we were able to dive deeper into these few episodes. In episode 3 there was a frightening depiction of a home intrusion as Jessica’s best friend Trish was attacked by a police officer compelled by Killgrave to do so. Trish escapes with her life and this leads to Jessica following the cop to find where Killgrave is hiding out. This could have easily been the end of the cop, but that would have been an opportunity wasted. Instead he shows up the next day at Trish’s home because he remembers attacking her and wants to check if she is okay. This is the beginning of Will Simpson (ed note: Nuke, maybe?) who becomes a major character in the story moving forward. We then dive headfirst and deeply into the mind controls victims of Killgrave. There are some characters that do terrible things under the control of Killgrave, but this show really focus’ on the pain they are feeling to live with what they’ve done. Many of the victims start a support group where they can share their experience in their total loss of control. It is a fantastic insight into what it feels like to be under Killgrave’s “spell”.  Through this group, it’s explained that under his control, you know what you are doing and worse, you want to do it. No matter how terrible of a task he has you doing, it is what pleases you the most. It would be an extremely tragic event to get over, no matter how big or small the task.

I have read a few Purple Man stories in the pages of Daredevil. I was always a big fan of him, thinking that he was one of the most menacing and terrifying villains. Not only does he have no remorse for the terrible things he does, but he can make you kill yourself just by saying it. The loss of control is a terrifying feeling. Jessica becomes extremely paranoid in these episodes, which I didn’t fully understand until she explain why. I thought she was paranoid to run into Killgrave again, but this is not why, in fact she wants to run into him. She is terrified that anyone she meets could have been sent by him. Any taxi she gets into could drive into the river. Any client that comes to her door could pull a gun. Jessica is paranoid because Killgrave turns everyone into the villain, he turns everyone into a deadly threat. I never got this sort of thing from the comics. I was always terrified of his mind control, but the extreme paranoia that he can create is even worse. The man who can control your mind can also make you lose it. 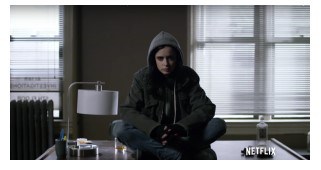 The beginning of this story opened many mysterious threads. Every character has something exciting going on. When we jump away from a scene and to another character there is often a, “Oh yeah, I almost forgot about her.” Through this chunk of episodes that is very noticeable with Luke Cage. Jessica pushes him away and thus he is missing from a few episodes. It isn’t until Jessica, Trish and Will are in a big brawl that we remember Luke has been missing for quite sometime. It is almost like the fight was strategically placed for us to remember Luke, as he shows up shortly after, seeking Jessica’s help. Jessica agrees to help Luke find a missing youth and this leads to more revelations from Jessica’s time with Killgrave and her connection to Luke’s dead wife. That concludes with the most emotional scene of the series so far, as Jessica decides how to approach Luke with the information he must hear but she so desperately wants to avoid.

Like Cosmo said, Jessica Jones is not just a terrific Marvel show, it is a terrific television show. It’s engaging in every scene and accessible to viewers with no knowledge of the source material, while also having enough similarities for long time fans. Great for all viewers of a mature age of course.