COMIC OF THE WEEK
381Views 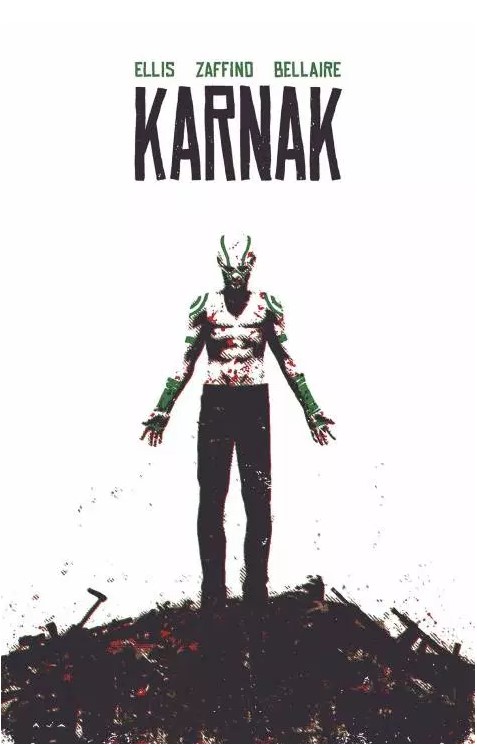 This Week the most unlikely Inhuman of them all blows away the competition in the finest way possible with Karnak #2.

For a short time now, Marvel has been aggressively repositioning the Inhumans as replacements for the X-Men, in both their comics and television universes. While I love the idea of them getting more exposure, I think its come at the cost of what made them unique in the first place. Thus, every time Marvel tries to sell an Inhumans comic its almost certain to be DOA because it is following a mandate rather than a vision. Karnak is the complete opposite, which is why it is the only Inhuman book that matters and worth talking about. Period.

After reinventing a C-list hero to critical and fan acclaim, surpassing previous by jettisoning what didn’t work, Ellis takes on another character and retools him from the ground up as his most badass self.

Without needing to know (or really caring) what’s going on with the rest of the Inhumans, Karnak is more or less a warrior monk who has taken to teaching others the truths of the universe as his purpose. When SHIELD tasks him with finding an abducted child who has just undergone terrigenesis, the process that grants people with Inhuman DNA their powers, he accepts with the condition that SHIELD donates funding to his school and that the child become his student after his rescue. What follows is a high-energy, philosophical kung-fu adventure as Karnak uses his talent to deduce the weakness in anything and cast it out of his way.

Ellis’ approach here is both simple and complex, on one hand he is doing what many writers before him have done thousands of times which is reimagining a character to tell a story. Where it gets complex is that he does this by infusing Karnak with high level kung-fu skill and zen level worldview. Karnak simply is, and so he wins. Nothing can stop him, only slow him down. Even knowing that fact doesn’t take away the joy in seeing how he defeats a dozen armed henchmen with his bare hands, or explain to a religious fanatic that his beliefs are wrong. Yet with all his skill, Karnak is left on the outside looking in without any obstacles in his way. Which then tests his zen teachings about how meaningless the “self” is to the universe.

On art, Zaffino, Fuso, and Brown create a transcendent experience. The figures are rugged, but smooth. Blurry, but drawn with clarity. Occasionally Karnak is depicted abstract, or with blurred details which only accentuate the feeling that the creators efforts are effortlessly effective. They don’t make mistakes, they simply do and in that create a vision of a man doing the same. Zaffino’s lines are reminiscent of a young Frank Miller and Adam Kubert, flipping back and forth between abstract and iconic representation. On color, Dan Brown favors muddy greens, grays and browns to see a grimy texture to the story. While I would’ve loved to have seen David Aja’s covers expanded into a 18-20 page book, his style does offer a fitting introduction to what Zaffino, Fuso, and Brown create between the covers.

Karnak #2 is a great comic, without needing complex continuity to remember or an overwrought plot to follow. It simply exists, perfect in its flaws as well as its strengths. We all know what is coming later, after Ellis and Zaffino and company depart and leave us wanting more. But for now, we can enjoy a perfect vision, a flash among dulled embers sitting in a hearth. Really, that’s what its all about.